In 2021, we saw a flurry of different things throughout college football. More specifically, the Southeastern Conference. An unranked Texas A&M team defeated the No. 1 ranked Alabama Crimson Tide in College Station. Many thought that Alabama would not be able to recover. However, they proved everyone wrong and made it to the national championship to face Georgia.

The Bulldogs, led by head coach Kirby Smart, were remarkably one of the best teams in college football history. Their defense was a force to be reckoned with. Others like Ole Miss and Kentucky showed some hope teams early in the season, but the two teams fell off towards the end of the season.

Auburn was never able to create any stability at the quarterback position which ultimately led to the Tigers’ downfall. Other teams like Mississippi State and Missouri were on explosive offense but couldn’t hold up on the defensive side of the ball resulting in the two teams having average seasons. Arkansas was a surprising team as head coach Sam Pittman showed promise for the future.

Both LSU and Florida finished with 6-7 records which ultimately led to the firing of Ed Orgeron (LSU) and Dan Mullen (Florida). In his first year at Tennessee, Josh Heupel was able to turn things around from a 3-7 season in 2020 to 7-6 in 2021. Surprisingly, South Carolina head coach Shane Beamer was able to turn the program around in Columbia. They went from 2-8 in 2020 to 7-6 in 2021. Lastly, Vanderbilt first-year head coach Clark Lea struggled to find any consistency as the Commodores finished 2-10.

Today, we will predict each team’s record for the 2022 season. 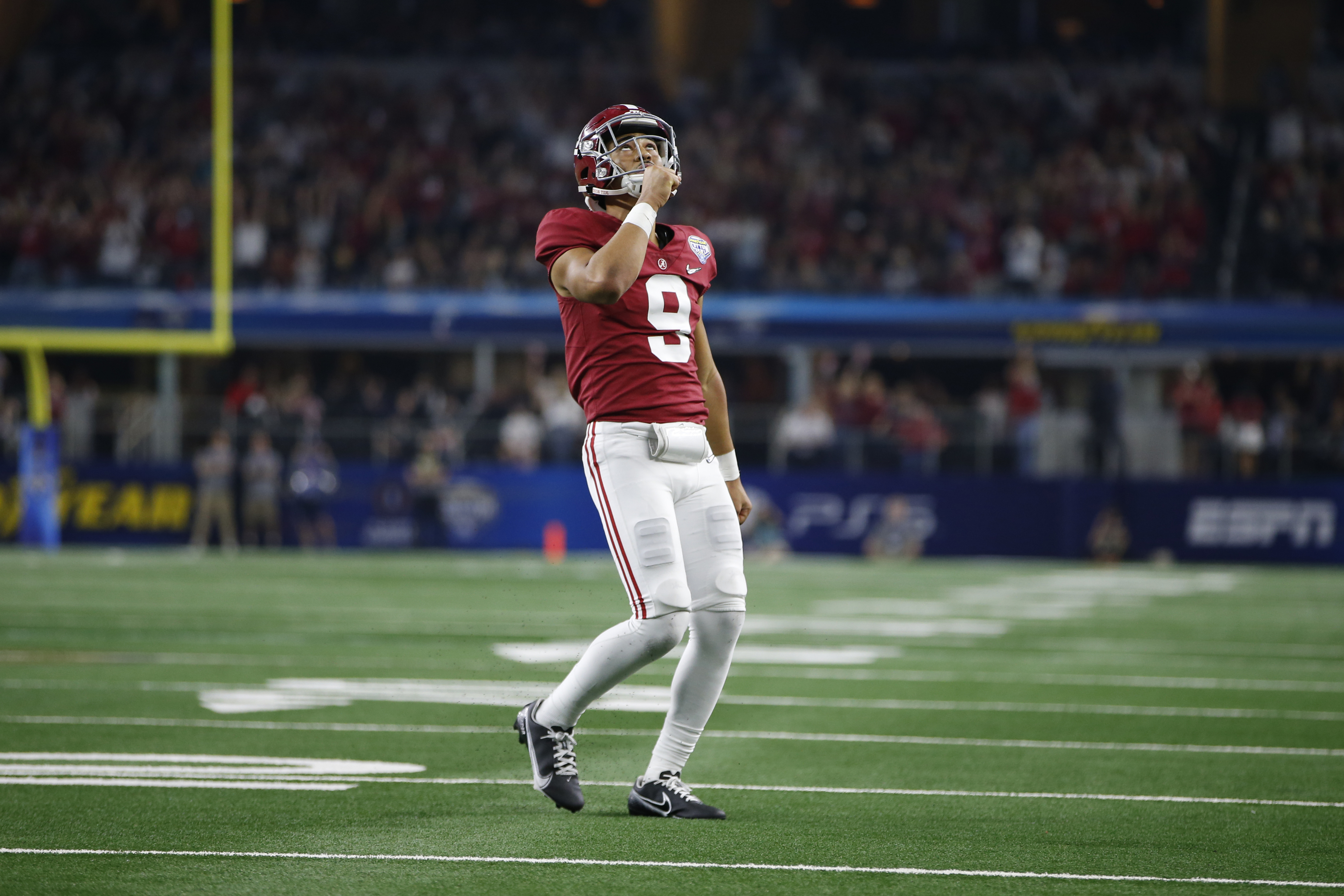 After a devastating loss to Georgia in the national championship, the Crimson Tide will be out for blood in 2022. With only three starters leaving the defense, many expect the Tide’s defense to be one of the best in the country. Their schedule is fair and they should run the table. Edge rushers Will Anderson and Dallas Turner will both return after stellar seasons. Heisman trophy winner Bryce Young will be back for likely his final season in Tuscaloosa. Not to mention, Nick Saban and his staff added five transfers this offseason — Eli Ricks (LSU), Jahmyr Gibbs (Georgia Tech), Jermaine Burton (Georgia), Tyler Steen (Vanderbilt), and Tyler Harrell (Louisville). It is hard to see the Tide losing with the success they’ve had in recent years with as much talent as they have on the team. 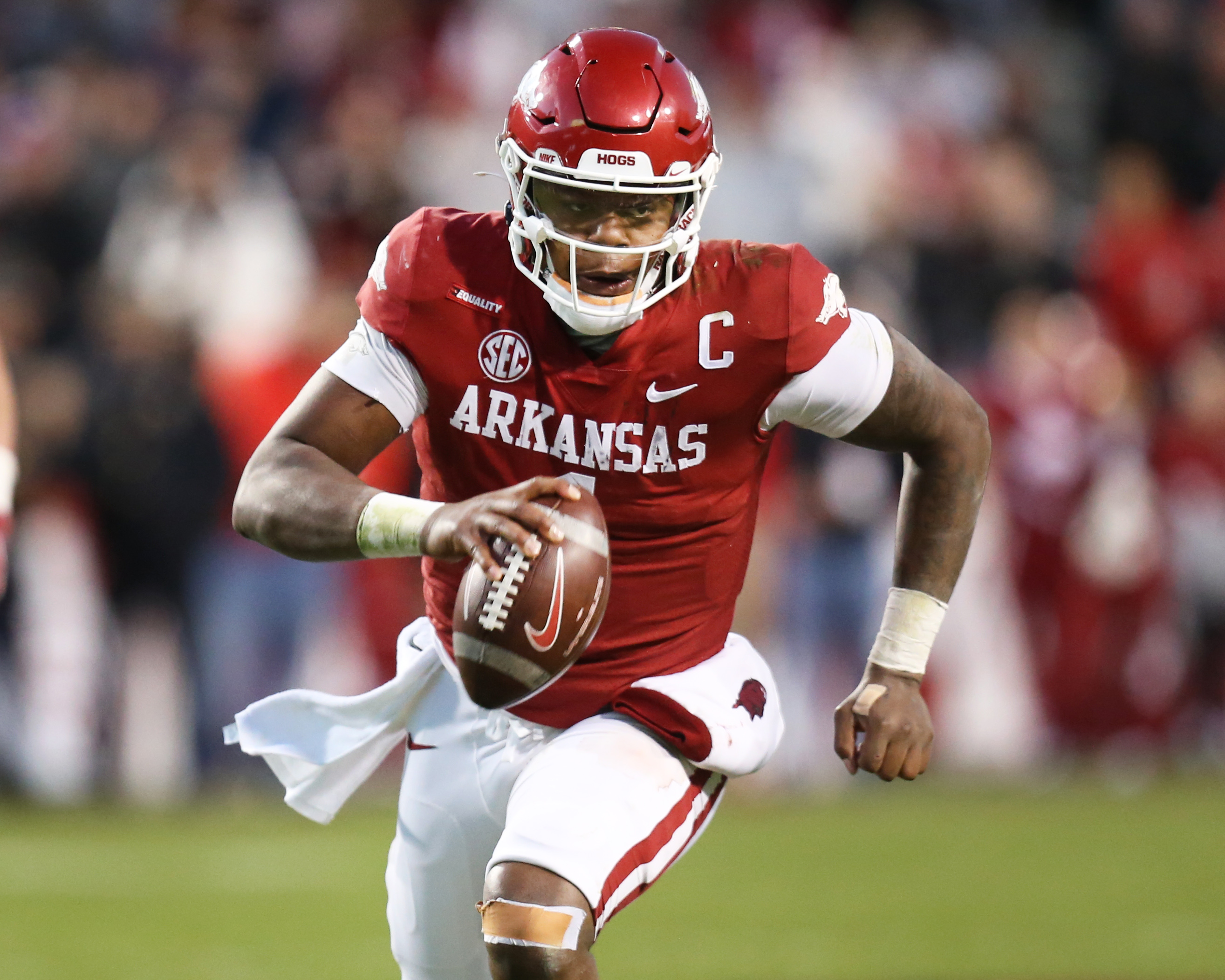 Arkansas has been an interesting team over the last few seasons. The coaching turnover from Chad Morris to current head coach Sam Pittman was questioned by many. However, it has seemed to work out fairly well for Hogs fans. Last season, the Razorbacks finished with a 9-3 record which was the first time since 2011 that the team had won nine games. This season I expect the same. The offense is poised to breakout with quarterback KJ Jefferson returning and the addition of star-studded Oklahoma transfer Jadon Haselwood. The defense also returns its leading tackler in linebacker Bumper Pool. 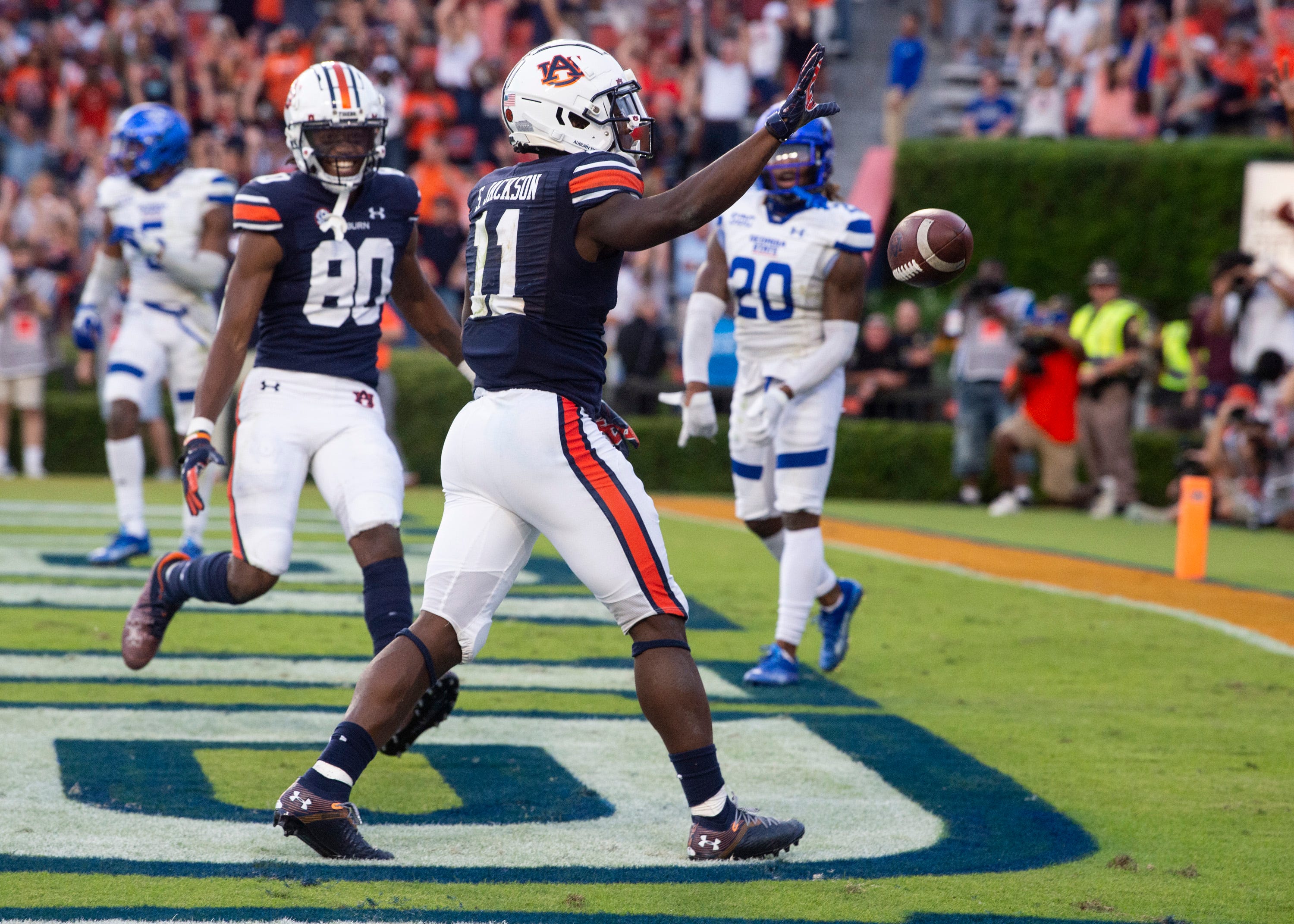 Last season was rough for first-year head coach Bryan Harsin. It took some time to become acclimated to the physicality as well as the elite coaching within the conference. However, many Tigers fans hope that things will change for the 2022 season. Unfortunately, things won’t be much different.

Yes, the Tigers should be better. Their schedule isn’t any easier, though. Specifically, it gets really difficult after the Tigers start the season at home for the first five games. The defense should be better with Derrick Hall returning and Owen Pappoe hopefully being one-hundred percent. That doesn’t change the fact that Auburn’s offense will have growing pains, specifically at the quarterback position. Auburn will upset Penn State and Mississippi State in Starkville. Their other wins will come against Mercer, San Jose State, Missouri, and Western Kentucky. 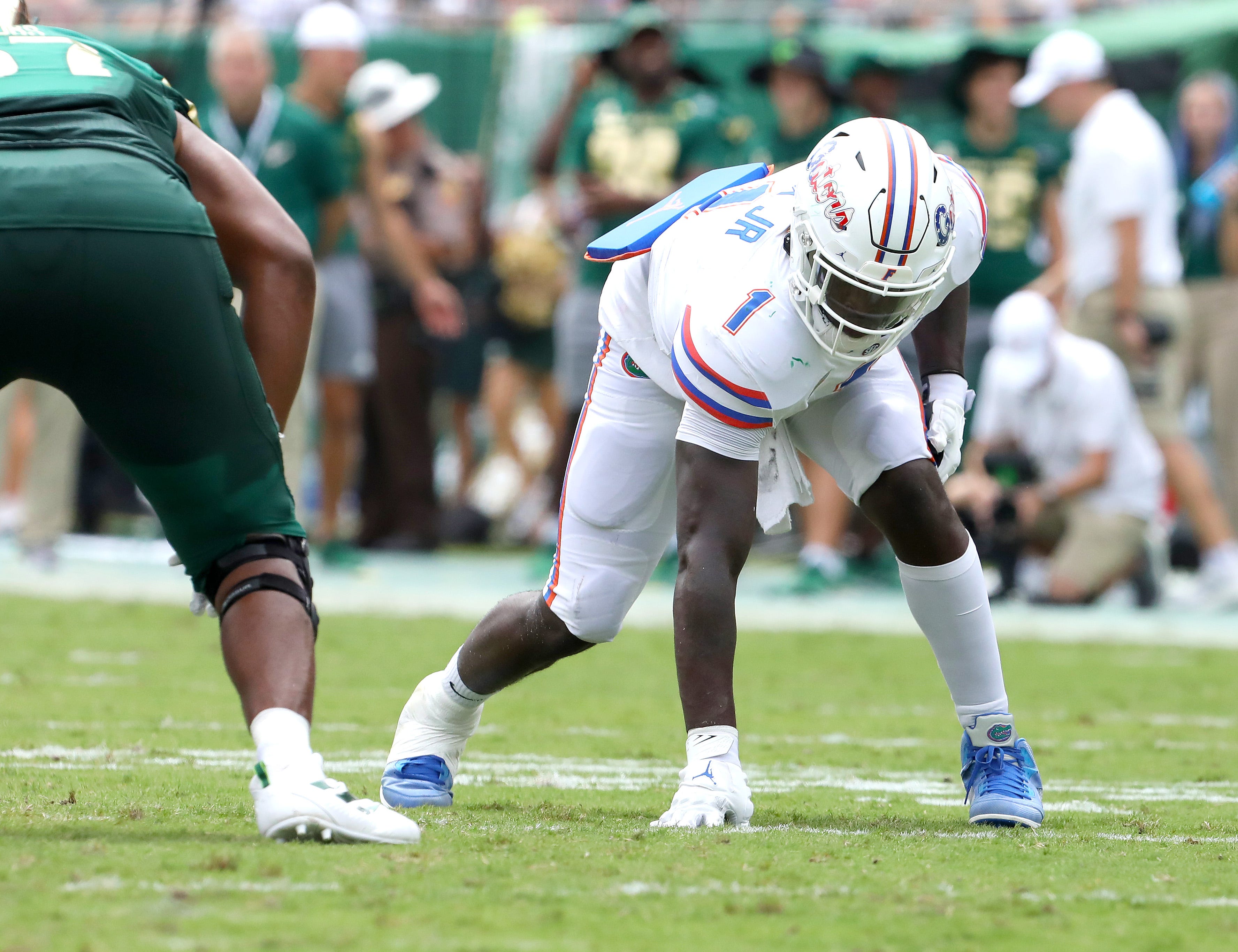 Last season was a disappointing one in Gainesville. The Gators struggled to find consistency at quarterback from both Emory Jones and Anthony Richardson. It just seemed like one would be good on one week and then play poorly the next week. Ultimately, it wasn’t just the offense but the defense that struggled as well. After the season ended, athletic director Scott Sticklin decided to fire head coach Dan Mullen. Soon after, Louisiana head coach Billy Napier was hired by the Gators. With key contributors like Brenton Cox, Anthony Richardson, and Rashad Torrence returning, Napier has some elite talent to work with. It will be an adjustment for Napier in 2022 which will result in numerous losses. Making a bowl game is an upgrade from the season the Gators had in 2021. 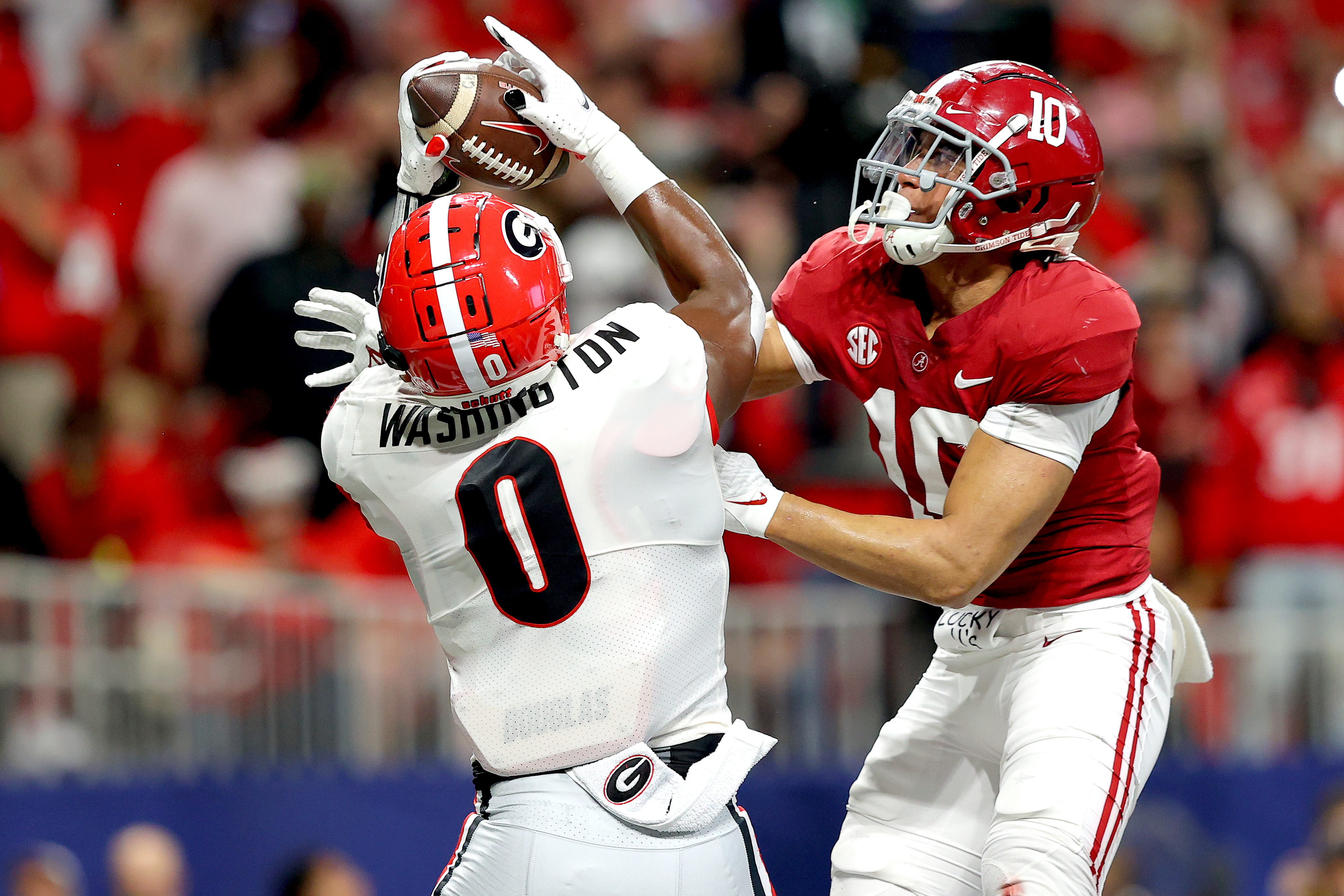 If you thought the barking was over, you’re wrong. Although Georgia had the best season in program history in 2021, they could very well do the same in 2022. The Bulldogs saw five of their defensive stars drafted in the first round of the 2022 NFL draft. However, there is still quite an abundance of talent that stayed back in Athens. Players like Nolan Smith, Christopher Smith, Robert Beal, and Tramel Walthour all decided to return for their senior seasons. The offense still has a lot of firepower as well. With players like Stetson Bennett, Brock Bowers, and Kearis Jackson returning, the offense is bound to show improvement. The Bulldogs’ schedule is very favorable as well, so they will likely duplicate last season’s success in the regular season. 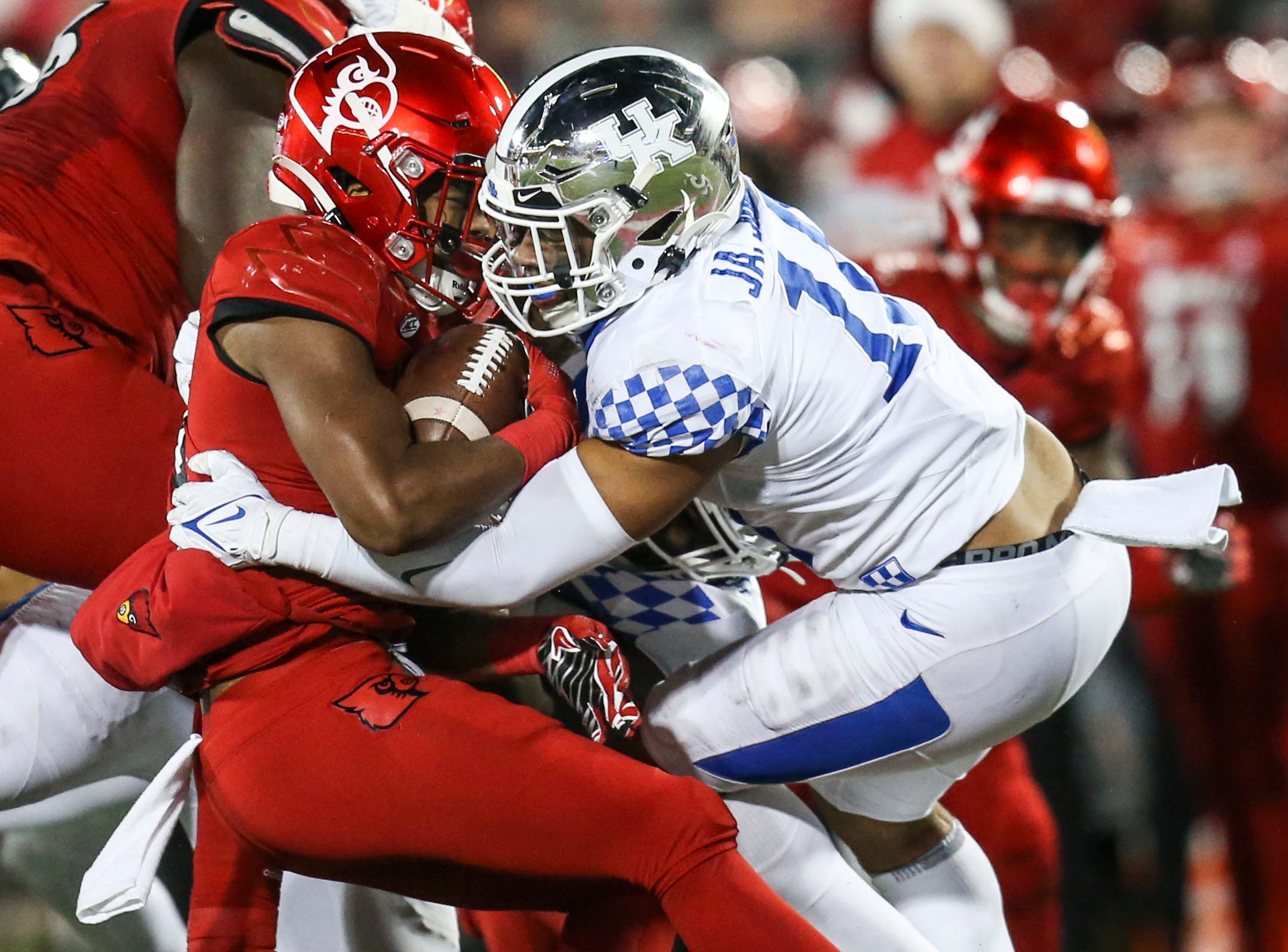 The Wildcats are always an intriguing team to begin the season. It always seems like the team is built for early success but can’t maintain that success throughout the season. With players like Chris Rodriguez Jr., Will Levis and Kavosiey Smoke returning on the offensive side of the ball, there is a sign of hope. I think it boils down to the wide receiver position and as of right now, I just don’t know if there are enough playmakers for Kentucky to repeat its ten-win season. The defense seems like it is always up to snuff, especially with leading tacklers Jacquez Jones and DeAndre Square set to return while using the COVID year. The Wildcats will lose all of their games on the road and suffer its’ lone loss at home at the hands of the defending national champions — the Georgia Bulldogs. 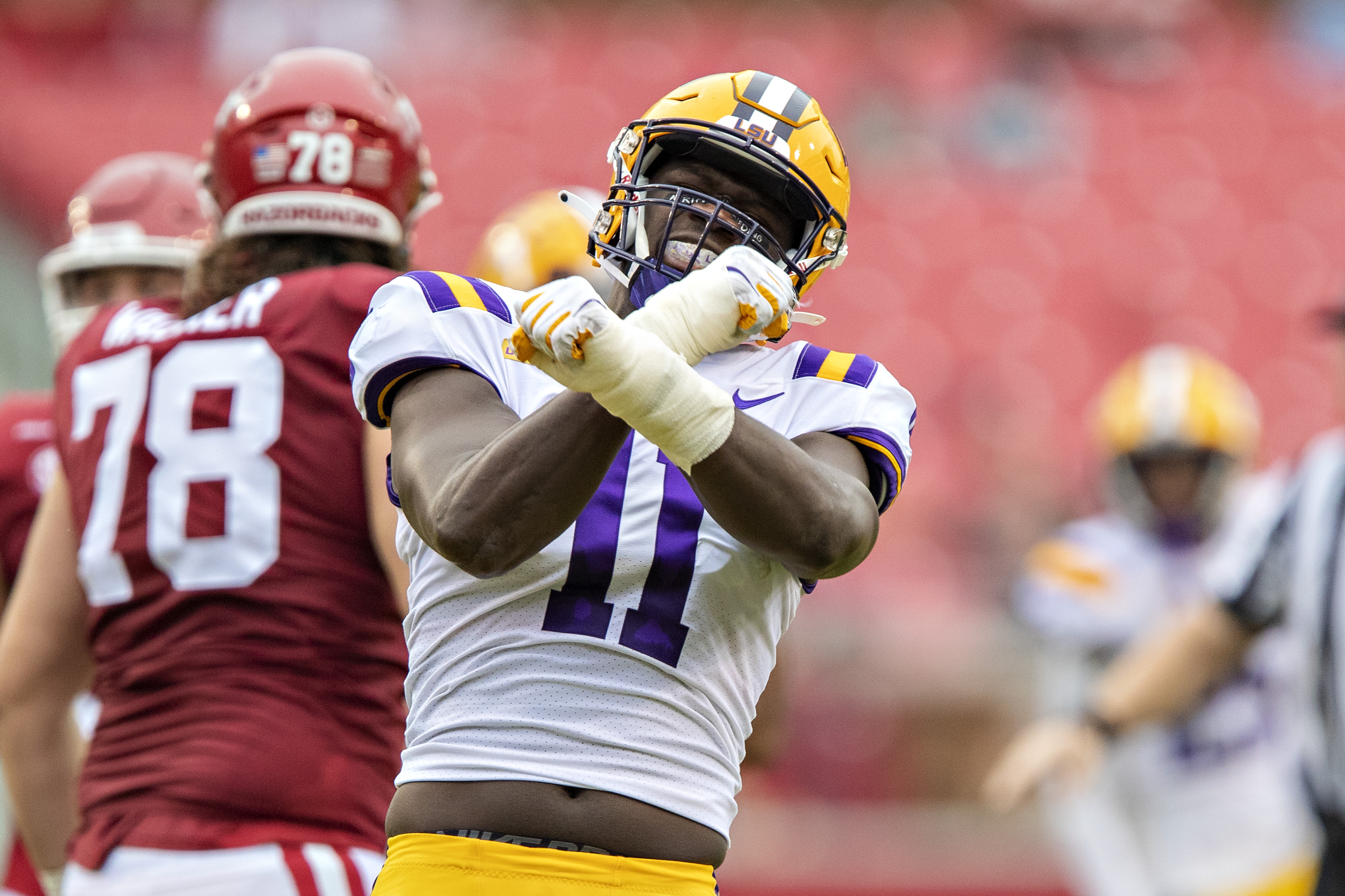 LSU had arguably one of the best seasons in college football history in 2019 under the reign of Heisman winner Joe Burrow. Ever since then, the Tigers have struggled to win, to say the least. Now that head coach Brian Kelly is in the bayou, the Tiger faithful seek better days over the horizon. The team will return the majority of its’ players on both sides of the ball in addition to some transfers. Several of the key names to keep an eye on are Arkansas transfer Joe Foucha and Arizona State transfer Jayden Daniels. The two will be very instrumental to the team’s success in 2022. Although the majority of their key contributors will return, I don’t know if it is enough to make that big of a difference in one year under Kelly. For that reason, I do see improvements. However, it won’t be as much as they will finish 7-5. There is reason to believe that the Rebels have one of the premier teams in the SEC from a roster standpoint. Head coach Lane Kiffin hauled in an abundance of transfers like UCF WR Jaylon Robinson, USC QB Jaxson Dart, USC TE Michael Trigg, and TCU RB Zach Evans. All of them are expected to play pivotal roles for the offense, but the question lies with the defense. Will it be enough? I expect the defense to be somewhat better but not to the point where I see the Rebels taking the conference by storm. For the most part, Hotty Toddy will be successful. However, there will be a three-game skid against Texas A&M, Alabama, and Arkansas towards the end of the season. 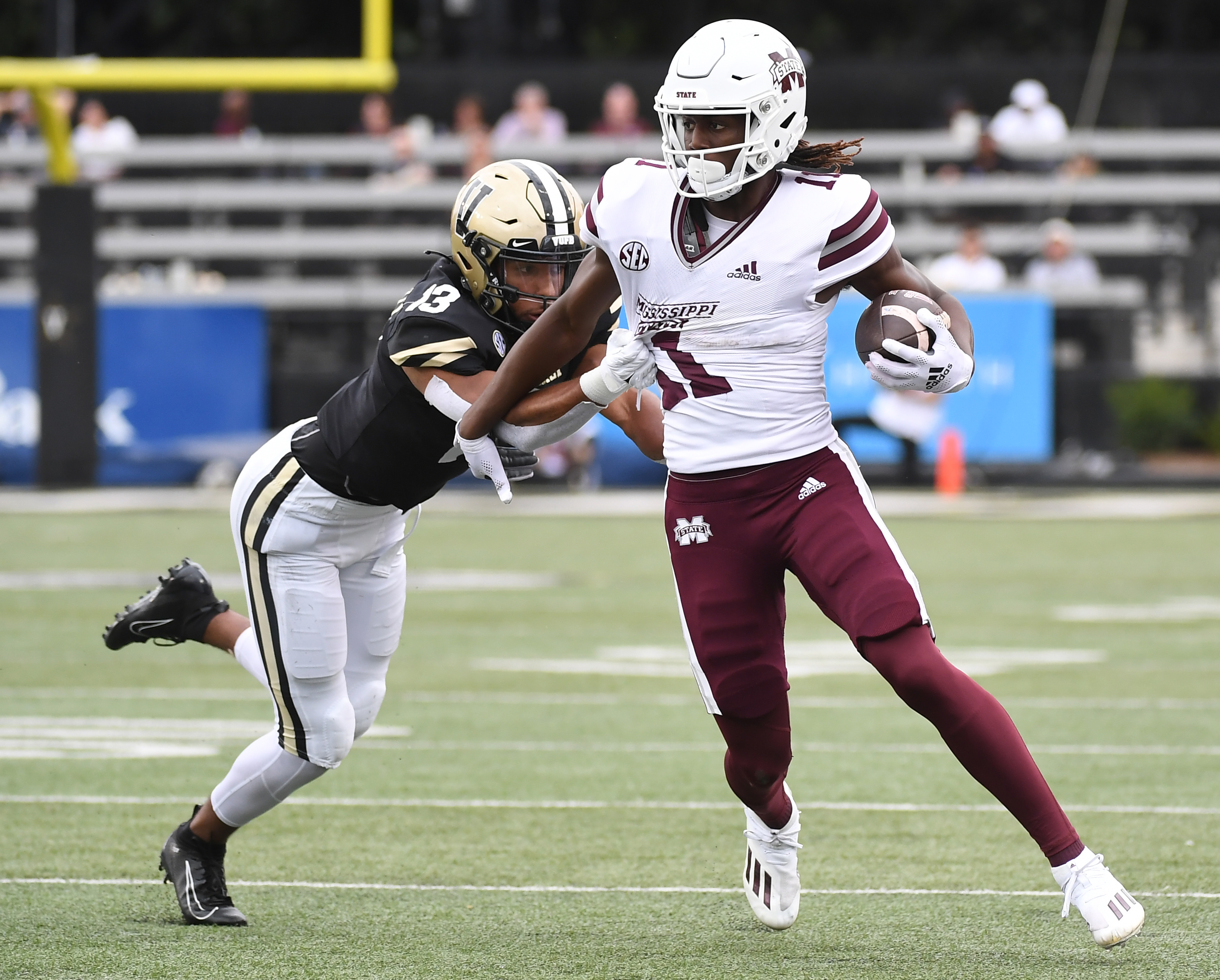 The Bulldogs are looking to improve off a 7-6 season last year. They are led by the offensive guru Mike Leach. The team will return key playmakers in Will Rogers, Jaden Walley, and Rara Thomas. The future looks bright in Starkville, but it isn’t bright enough for the rest of the elite competition throughout the SEC. With that being said, the Bulldogs will have a down year in comparison to their 2021 campaign. The schedule is just too tough to handle this year for the Bulldogs. 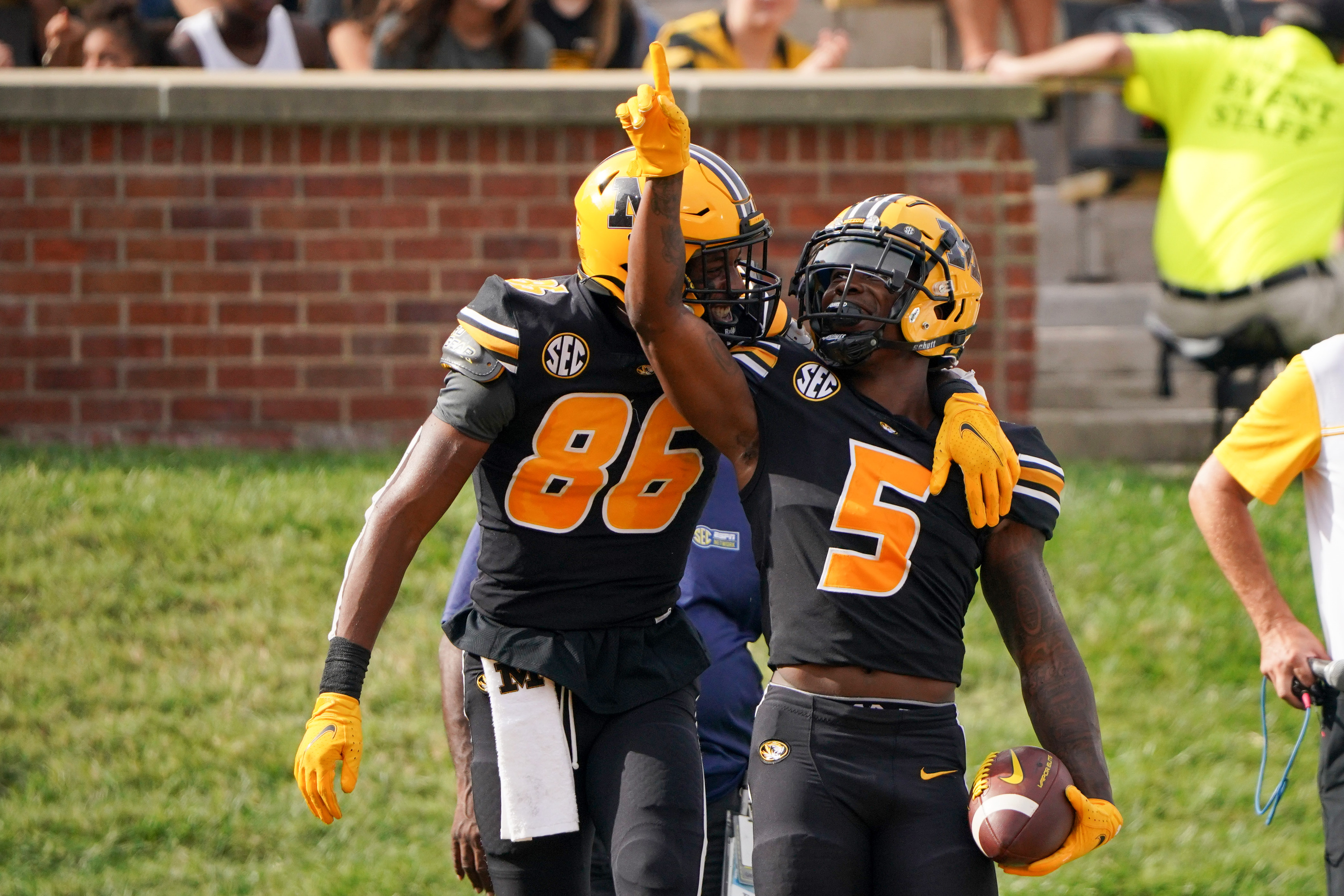 Many Mizzou fans are holding out hope that Eliah Drinkwitz is the man for the job. Ever since Gary Pinkel left Columbia in 2015, there has been a downhill slide. The Tigers have managed to have just one eight-win season since then. However, many do think that Drinkwitz has the program headed in the right direction. Unfortunately, that won’t be the case in 2022. The SEC West in particular is filled with talent and I think it is too much to handle for the rebuilding Tigers. 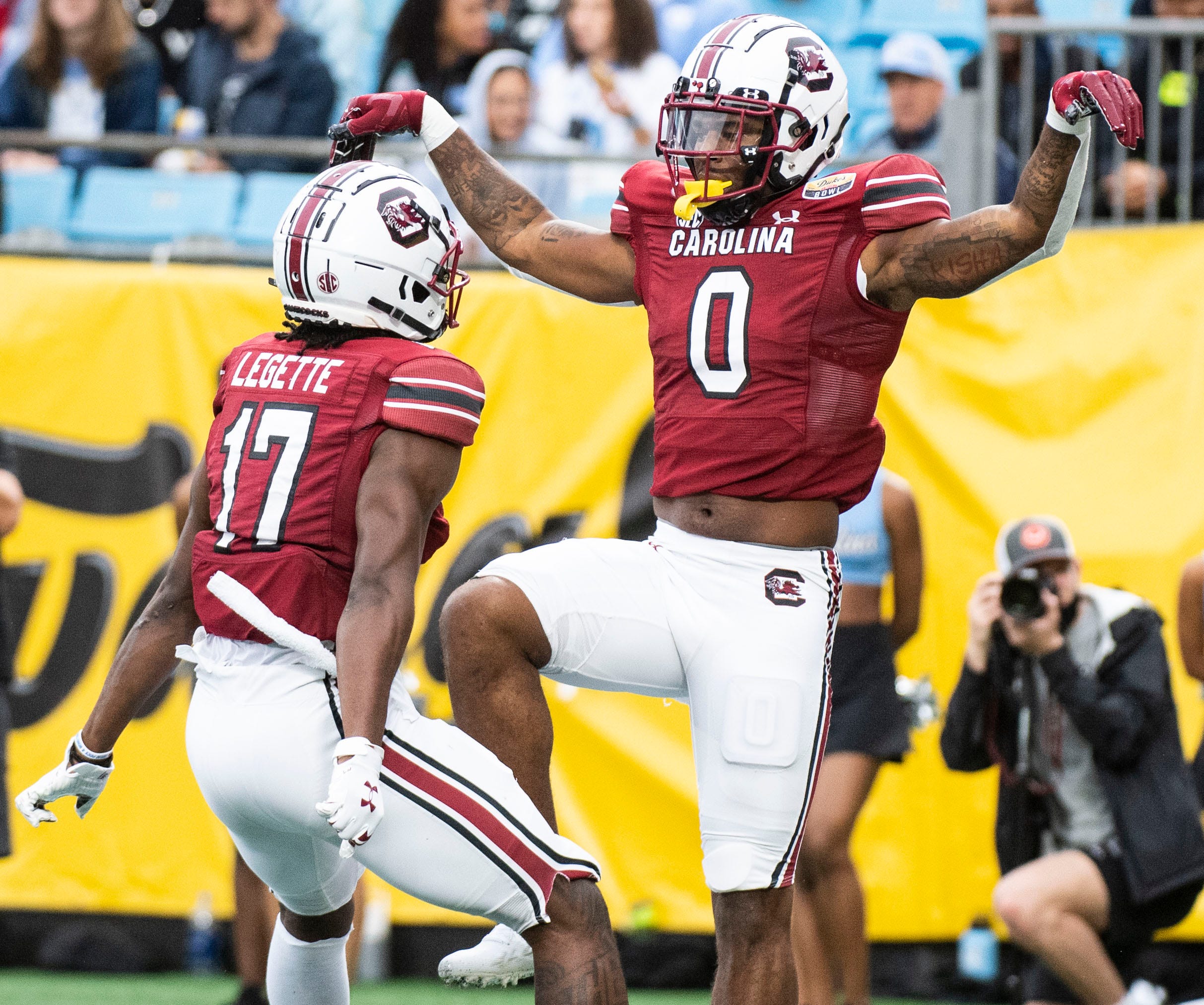 South Carolina has been through the ups and downs over the years. It finally seems like they have found the right man for the job — Shane Beamer. Last season, the Gamecocks finished 7-5. This season will be somewhat different as they will likely upset some teams. With transfers Spencer Rattler and Antwane Wells Jr. coming into the fold, I expect the Gamecocks to be much-improved on the offensive side of the ball. The defense returns two graduates in RJ Roderick and Brad Johnson. There will be improvements this season but also some losses along the way. They will upset Tennessee at the end of the season but lose to Georgia, Kentucky, Arkansas, Texas A&M, and Clemson. 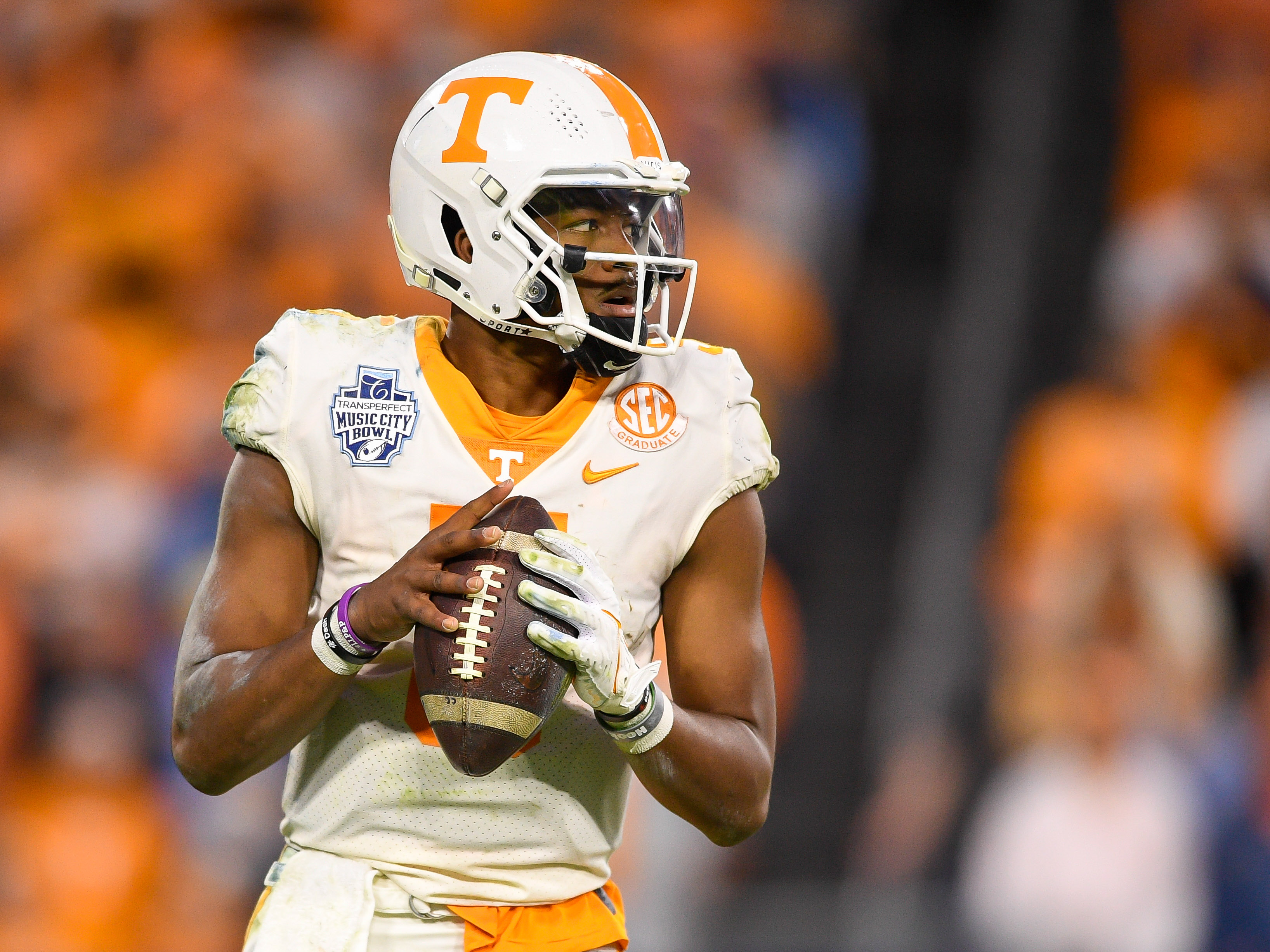 It has been hard for the Volunteers to live up to the standard that many fans expect over the last decade. However, if there is any hope for a turnaround, it is this season. The Vols return a potential Heisman finalist in Hendon Hooker and a slew of weapons with Cedric Tillman, Jalin Hyatt, and Ramel Keyton returning. In addition, the coaching staff brought in USC transfer Bru McCoy to boost the offense. On defense, the Volunteers will have their top three tacklers from a year ago back in Knoxville. The talent is there, but it is up to the players to showcase that this season. Tennessee will run the table for the most part with just three losses coming at the hands of Alabama, Georgia, and South Carolina. 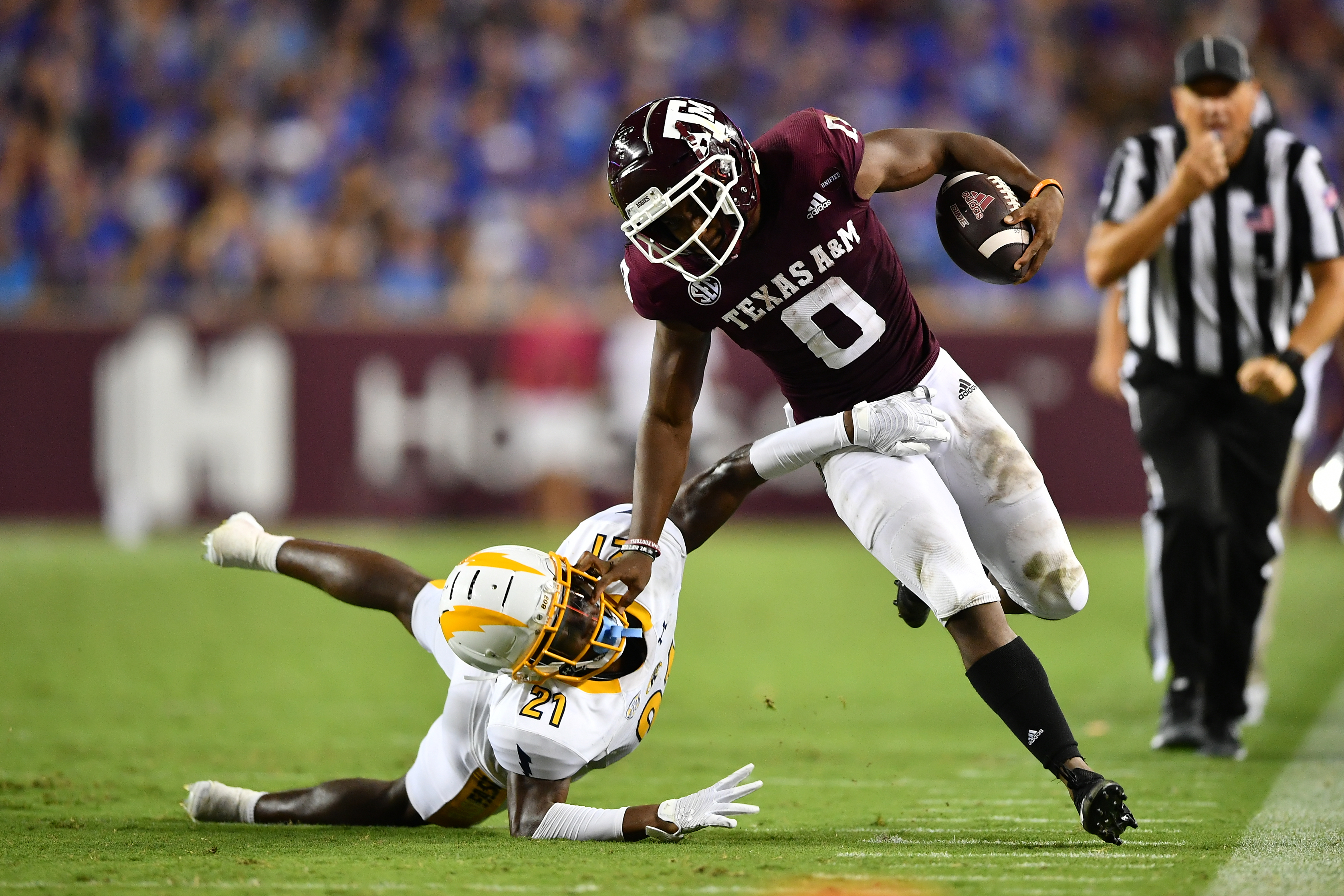 The Aggies seem to be on a high from last season’s impressive win against Alabama. Although the year has changed, the Aggies have just as much talent. Head coach Jimbo Fisher has made it clear that he wants to win a championship in the near future. The No. 1 recruiting class clarifies that. The Aggies finished last season with an 8-4 record and will easily win ten games this upcoming season if the cards play out right. Is that enough to be satisfied? Probably not, but it will do for now. 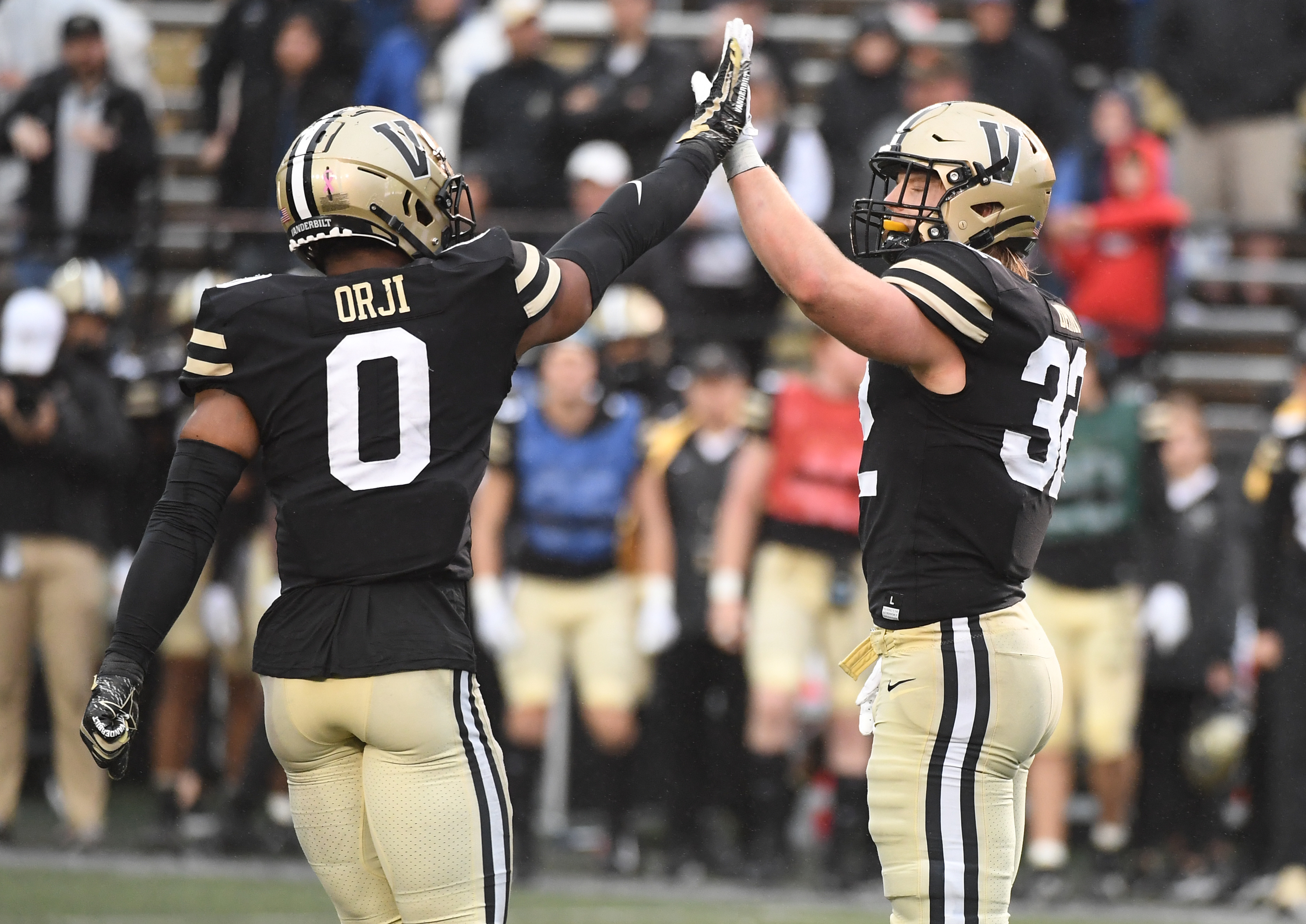 The Commodores were expecting larger things from first-year head coach Clark Lea this past season. However, things didn’t pan out. The Commodores have struggled for quite some time and things just continue to decline in Nashville. As much as it hurts Vanderbilt fans, the same can be said for their 2022 season. With a difficult schedule and an ascending SEC, the ‘Dores will repeat with another 2-10 season. They will return their two leading tacklers and several weapons on offense. It just won’t be enough to make a difference in my eyes.