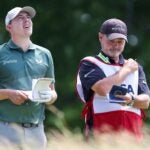 Matt Fitzpatrick does things a little differently, and it’s helped him become one of the best players in golf.

BROOKLINE, Mass. — There’s a common hazard in golf, one that affects golfers of all stripes.

The fear of looking stupid.

Or put another way, the fear of being different.

Golf is a homogeneous game, in many ways. One grounded in a sense of how things have been done, and therefore should be done. There are lots of things golfers know they could and probably should do to improve. But golf is hard enough as it is. Is doing something that might help really worth the tradeoff of looking stupid, or different? Isn’t just safer to play things safe, and do things the conventional way?

“I get that, but it depends if you want to be second all your life,” Matthew Fitzpatrick said after his second-round 70.” I’d rather win than worry about looking stupid. If it helps your game and it helps you improve, then there’s no reason not to do it in.”

Fitzpatrick, who won the US Amateur Championship here in 2013, comes into the weekend at The Country Club two-under and three back from the 36-hole lead. Never the tallest or strongest of the lot, he hasn’t enjoyed the luxury of how things look. He takes the marginal gains wherever he can find them, in golf and in life (it’s one of the reasons he recently decided to start wearing braces).

And as he vies for his second trophy at The Country Club, he’ll do so with clever quirks littered throughout his game. Let’s beak a few of them down.

Golf Digest’s Dan Rapaport has done great work reporting out this fascinating piece of Fitzpatrick’s game, which you can read more about here. In a nutshell, Fitzpatrick wants a more in-depth level of statistics than golf’s current advanced metrics Strokes Gained and Proximity to the Hole, can offer.

The issue Fitzpatrick identifies, quite rightly, is that those metrics will track where the ball ends up, but not where he was actually aiming his ball in the first place. So, he tracks that himself: Where he was aiming and how far offline his ball ended. He plugs it all into a master spreadsheet and at the end of it, has a clearer picture of what he needs to work on. It’s a common sight to see players employing a left-hand low putting grip on the greens. But around the greens? Well, there’s only one player who does that: Matt Fitzpatrick.

Fitzpatrick says he tends to “drive the handle” during his swing. It’s less of a problem on full shots, but around the greens, that move delofts the club and creates consistency issues. Specifically, it can cause him to catch the ball fat. So, in 2020, he fixed the problem by introducing a cross-handed drill he would commonly use on the range to the course.

“If [swung incorrectly] with this grip I would shank it,” he says. “It forces me to throw the clubhead, and I just feel like it’s much more consistent in strike, flight and spin.”

Remember when the USGA changed the rules to allow players to keep the pin in while they putt without fear of penalty? Bryson was the most vocal player to say he’d do it, though that’s since faded away. Fitzpatrick, meanwhile, has been cruising steadily inside the top 25 on tour in SG: Putting, keeping the pin in along the way.

The reason he does it is because there’s some evidence to suggest it helps. When the ball collides with the flagstick, the flagstick absorbs some of that shock, which takes speed off the ball, and therefore improves its chances of dropping into the hole.

“He tried it during a round at the 2019 Open Championship and had a great putting day, so he stuck with it,” his putting coach Phil Kenyon says. “It’s psychological. Almost superstition, but it makes him feel comfortable, and that’s the most important thing.” 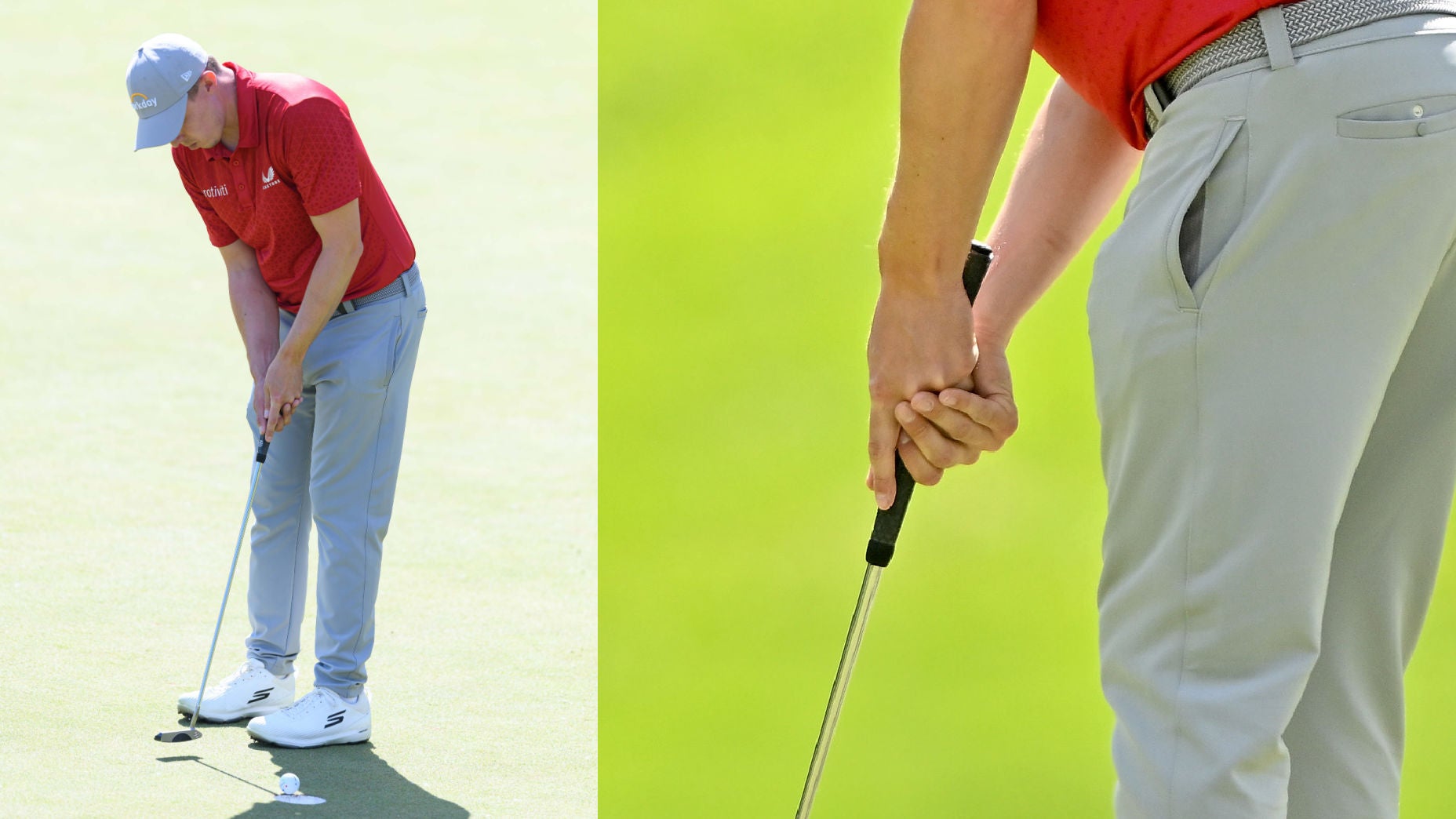 Fitzpatrick’s putting has long been the strength of his game. It’s interesting — and telling — that it doubles as one of his most unconventional assets.

The vast majority of players use the conventional, reverse overlap grip with their putter, which involves golfers placing their right hand below their left hand, and linking them together with the index finger of their left hand.

Fitzpatrick uses a mix between a traditional crosshanded grip, and a prayer putting grip. He uses multiple fingers to link his hands, which allows his club and putter to move as a singular unit. It also brings his shoulders more level with each other, which creates a more pendulum-style stroke.

Perhaps the most notable addition to Fitzpatrick’s game has been his newfound power, which has been truly very impressive. On Friday at the US Open, he hit multiple drives past playing partner Dustin Johnson, with his ball speed regularly surpassing 175 mph.

The journey there started in 2020, when he added renowned golf biomechanics expert Dr. Sasho Mackenzie to his team. Alongside his longtime coach Mike Walker, Fitzpatrick began using Sasho’s speed-boosting training aid, The Stack, and in short order saw his average on-course swing speed jump from 112 mph to 119 mph.

“A big reason for success is that most players aren’t willing to stick with a plan week after week, for years. Matt did,” Mackenzie says. “A seven mile per hour change in playing speed is massive over the course of a year, but it means you might go a month with no measurable progress because your first goal is to avoid injury and not sabotage an already high level of performance. That makes buy-in tough, but Matt has been a treat to work with.”

It’s that clever, quirky, disciplined approach to golf that has helped turn Fitzpatrick into a killer. And he could end the week with a trophy to show for it.

Most players aren’t willing to stick with a plan week after week, for years. Matt did.” pic.twitter.com/nWu5R5G1v2

Luke Kerr-Dineen is the Game Improvement Editor at GOLF Magazine and GOLF.com. In his role he oversees the brand’s game improvement content spanning instruction, equipment, health and fitness, across all of GOLF’s multimedia platforms.

An alumni of the International Junior Golf Academy and the University of South Carolina–Beaufort golf team, where he helped them to No. 1 in the national NAIA rankings, Luke moved to New York in 2012 to pursue his Masters degree in Journalism from Columbia University. His work has also appeared in USA Today, Golf Digest, Newsweek and The Daily Beast.