This summer women’s football will have the chance to embrace a new freedom when the Euros are hosted in England.

For this to happen, unrelenting talk of the future and the progress of the past need to be shelved. Alongside Leah Williamson lifting the trophy at Wembley at the end of the month, one of the most important aims of the tournament is shifting the monkey that women’s football has carried on its back for too long.

It is time to dig a deep crater, throw in the phrase “the growth of the women’s game”, and bury it for good.

Women’s football is a young sport with a pathway for growth that has been set out, analyzed and revised in great detail in the last 20 years. It has been broadly successful but there is the risk of getting hung up on the history of the sport and failing to enjoy the present as England prepares to host its biggest tournament for a generation.

If an era of a fully professional domestic league and thousands of fans attending a home championship is not the time to kill off the obsession with talk of trailblazing players growing the game, when will be? Throw off the shackles and let the sport find its feet.

Of course, that is not to say that someone somewhere at the FA or UEFA should not be thinking about these things because there is still a long way to go. Professionalism, working conditions and support for grassroots football are still vital issues for the future. But over the tournament itself in wider discourse, let’s focus on the football.

This is not through disregard for the past — quite the opposite. The road to this point has been long and hard for many since the ban on women’s football was lifted in 1971. In 2022, failing to focus on the tactics, skill and joy of the occasion will keep the sport hung up on the idea that it has something to prove or a historical wrong it must be right rather than acting as entertainment that can sit alongside important social issues.

Women’s football can be a powerful vehicle for change but that is not its only purpose, especially when there are so many things about the sport as it is that make it worth celebrating. It is important to enjoy this summer’s tournament as the pinnacle of European women’s sport rather than treating it as a product that is not yet perfect.

Following the announcement of Sarina Wiegman’s 23-player England squad for the tournament FA president Prince William labeled the team as “trailblazers”. With respect to an immensely talented and brilliant generation of young players in the squad, that “trailblazing” work was done by those that came before.

The young women in Wiegman’s squad are so much more than just that blanket term “trailblazers” — captain Williamson loves country music and is training to be an accountant and goalkeeper Mary Earps spent part of the COVID-19 lockdown studying international economics. Fellow mobile Hannah Hampton speaks fluent Spanish and French and, remarkably for someone playing in her position, has no depth perception after several eye operations as a child.

And there is more where that came from. Millie Bright used to compete in dressage and spent most of her time riding horses when not playing football when she was growing up, Jill Scott owns a coffee shop in Manchester and Ellen White gives back to women’s football as the shirt sponsor for Oldham Athletic Women.

At 21, Lauren Hemp is destined to be one of England’s most important players at the tournament. Since her move from Bristol City to Manchester City in 2018, she has become one of the WSL’s brightest stars, winning the PFA’s young player of the year award in four seasons in a competitive field of young talent. 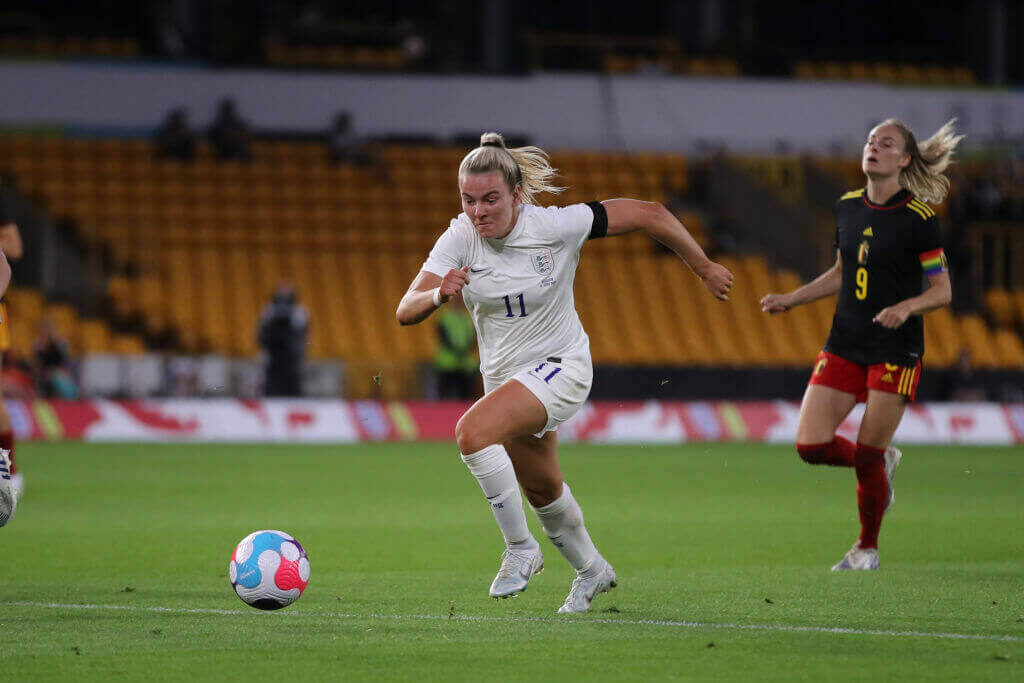 Hemp has the talent to star in a major tournament on home soil (Photo: Tom West/MI News/NurPhoto via Getty Images)

The entirety of her career has come in a professional era for women’s football after the launch of the WSL in 2011, And though levels of professionalism have varied since its inception, it is patronising to keep putting the weight of progress on the shoulders of women of her generation.

Every time Hemp surges up the wing or ties a defender in knots next month, she should do so without the burden of “the growth of the game” on her shoulders — as team-mates Scott and Lucy Bronze, or the generations of Kelly Smith , Faye White and many more before her did.

Let them, and fans, thrive and enjoy the occasion for what it is without reminders of what came before or what will follow. Our obsession with the direction of the game means their real value as elite sportswomen is being overlooked every time we devote oxygen to that rather than their qualities as players.

So sit back and enjoy the football. It is what fans are here to see and it is what players such as Hemp, Chloe Kelly and Alessia Russo will have dreamt about rather than the weight of issues that should be left to football’s administrators. Let them thrive in their moment of excellence because they deserve it as outstanding sportswomen in their own right.

The game has grown. It is time to set it free.