TENNIS legend Chris Evert has shared a heartbreaking health update after revealing that her sister’s death saved her life.

Evert, 67, was diagnosed with ovarian cancer back in January and continues to open up about her battle.

“In tennis, you can control a situation,” Evert said on a new Good Morning America segment.

“This type of thing, you can’t control it.

“Thousands and thousands of people have cancer. I’m just like everybody else.”

Evert, an 18-time Grand Slam champion, said her younger sister’s death from ovarian cancer forced her to undergo genetic testing, leading to her own diagnosis. 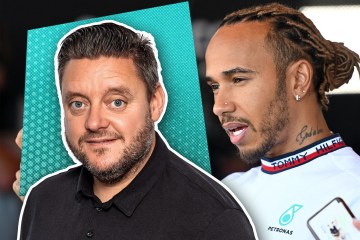 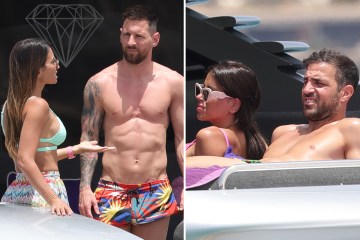 “I just feel so fortunate,” Evert said about the phone call from her sister’s geneticist, telling her that a new mutation was found in her BRCA gene.

“My sister’s death saved my life.”

She underwent a preventative hysterectomy last December, which led doctors to discover a malignant tumor in her fallopian tube.

Evert was then diagnosed with Stage 1 ovarian cancer following the surgery and additional testing.

She has endured six rounds of chemotherapy so far in her cancer journey, according to the Good Morning America segment.

The tennis champ also shared more about her treatment process and her growing wig collection, saying she has different colors, a longer-styled one, and a ponytail.

Evert initially opened up about her cancer battle in a piece a friend wrote for ESPN back in February.

“I’ve lived a very charmed life,” she said in the story.

“Now I have some challenges ahead of me. But I have comfort in knowing the chemotherapy is to ensure that cancer does not come back.

“As someone who has always had control over my life, I have no idea how I’ll respond to chemotherapy.

“I have to give in to something higher.”

By the time Jeanne – also a former pro tennis player – visited a doctor, the cancer had spread.

Evert said upon her diagnosis that her sister would be at the center of her thoughts during the six rounds of chemotherapy.

“When I go into chemo, she is my inspiration.

“I’ll be thinking of her. And she’ll get me through it.”

Dr Joel Cardenas is Evert’s surgeon at the Cleveland Clinic Florida, near her hometown of Fort Lauderdale.

He said back in January: “70 to 80 percent of ovarian cancer is diagnosed at Stage 3 or 4.

“Ovarian cancer is rare. However, if a patient has a family history, we encourage genetic testing and counseling.”

Evert won her first Grand Slam at the French Open in 1974 before adding her first Wimbledon title weeks later as part of her 55-match winning streak.

She ended her incredible career in 1989 with 157 singles titles, including seven French Opens, six US Opens, three Wimbledons, two Australian Opens, and eight Fed Cup triumphs with the US.

Of those, 80 matches were against Martina Navratilova as the pair enjoyed a superb rivalry, with Evert winning 37 of their contests.