Moving around the grounds of a grass court tournament in the central Polish village of Michalowek, Aneta Budzalek has the air of a parent beaming with pride.

Budzalek is the director of this particular stop for juniors on the International Tennis Federation World Tennis tour. She is also coordinator of the amateur tennis program, Tenis Open Polskaat the Polish Tennis Association.

“I’m very happy that finally tennis is so popular in Poland,” she tells DW.

The 39-year-old says she wanted to play tennis as a child, but she only took up the sport properly aged 30. She says tennis remains an expensive sport in Poland compared to, say, the national sport of football.

“It was my dream that tennis would one day no longer be a sport exclusively for wealthy elites,” she says.

Now, thanks in part to the successes of women’s world number one Iga Swiatek, and men’s number 10 Hubert Hurkacz, Budzalek’s dream is closer to becoming a reality. Polish tennis is seeing an intense growth spurt, providing ample evidence to decision-makers that there are not enough facilities for the population.

“Tennis has always been considered an elite sport and now our main goal is to change the image of tennis,” Budzalek says.

Swiatek following in the footsteps of Radwanska

The emergence of French Open champion Swiatek, perhaps as much as any other single factor, has been key in the growth of tennis in Poland, especially for young people who might not have seriously considered particiapation in the past.

“Tennis is quite a difficult sport,” says Marta Dobkowska, general manager of Sinnet House of Sports in Warsaw. Before Swiatek, she recalls, kids didn’t want to put in the time to get past the absolute beginner stage.

“They often give up because they can’t get the ball back [over the net]. You can kick a football after five minutes, but if you want to play tennis you need to persevere for one year at least.”

Now, however, Dobkowska is seeing that “more kids they want to play tennis because they see that miracles can happen.” 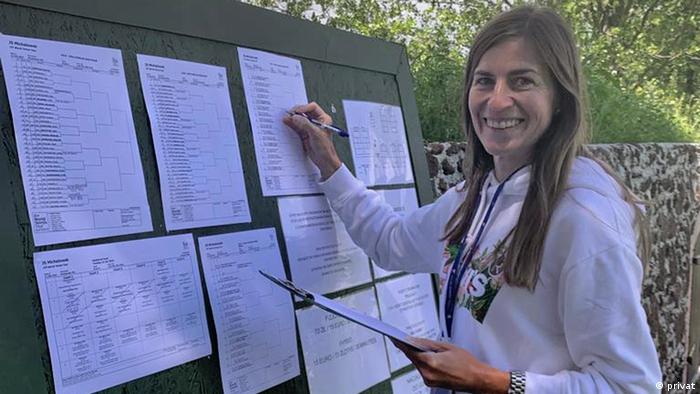 Aneta Budzalek had her hands full this week as director of an ITF Juniors World Tour stop in Poland, and in her normal capacity of program coordinator of amateur tennis for the Poland Tennis Association.

“Miracles” like Swiatek’s 2020 French Open triumph, then aged just 19 and ranked 54th in the world, becoming the lowest-ranked player to win the title since rankings were introduced in 1975.

Her victory turned Polish tennis on its head. And then she won it again this year. She’ll be the top seed when Wimbledon 2022 opens its gates in London on June 27.

Before Swiantek, the last Pole to achieve such prominence on the global stage was Agnieszka Radwanska, who won 20 singles titles in her career and rose to number two in the rankings in 2012, the year she made the Wimbledon final. She retired in 2018, and has also helped the game grow in Poland.

“Radwanska was a fantastic and much-loved player who reached great heights,” says journalist Mateo Szlapek-Sewillo, who writes for the English-language Notes from Poland website. “But there was never quite the sense that she was going to be a big global star.

“Swiatek has already surpassed her career achievements and looks set to establish herself as a leading player of this decade.”

At her first public appearance in Poland after her French Open win, Swiantek herself told reporters: “It’s very important to me that I can help to make tennis more popular.”

It’s not just women’s tennis which is booming in Poland; the men’s game has a role model, too.

Hubert Hurkacz was 24 years old when he became the highest ranked men’s player in Polish tennis history when he hit the number nine spot last year. 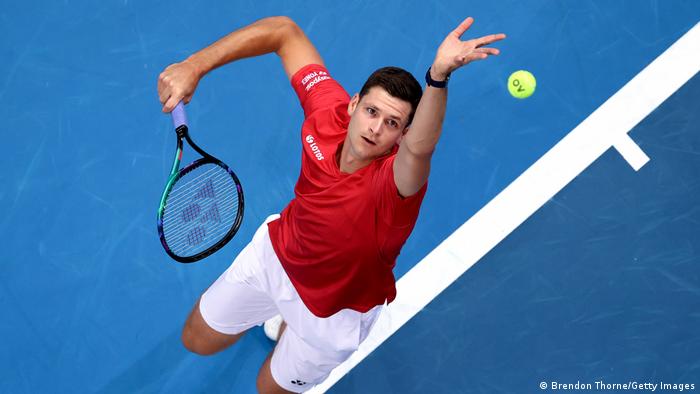 After defeating current world number one Daniil Mevedev in the final of the Wimbledon warm-up tournament in Halle, western Germany last week, Hurkacz currently finds himself at number 10 in the world, and with momentum on his side.

He also has the experience of making it to the semi-finals last year, defeating both Medvedev and Roger Federer on the way.

“I think part of [the hype] is due to a nation that has been somewhat starved of great sportspeople,” says journalist Sziapek-Sewillo, who notes that football star Robert Lewandowski, while successful with Bayern Munich, has never been able to drag the Polish national team to similar success.

Financial support for the game

Even more concerning than the lack of individual Polish success, however, was the lack of suitable infrastructure.

It wasn’t long after Swiatek’s first French Open title in 2020 that a top tennis coach penned a commentary for the sports publication Sportowe Faktybemoaning: “All the successes of Polish tennis are the result of outstanding indivuduals, not of the training system. Because there is simply no such thing.”

Swiatek’s success in a tennis major, perhaps combined with that opinion piece, led to Poland’s Ministry of Sport and Tourism announcing funding of two million zloty (about €430,000 / $452,000) for a winter tennis program, plus 11.5m zloty (€2.5m/ $2.6m) towards a new training facility near Warsaw.

“It’s an expensive sport, we know all that,” says Budzalek, of Tenis Polska. But I think [decision-makers] are finally seeing the advantages of investing, and more good things from the sport.”

Budzalek says her organization, for example, has just received money for eight proposed projects from the government.

As she directs the grass-court juniors tournament, she is now counting on greater access for young players in Poland, creating better odds for those hoping to follow in the historic footsteps of Radwanska, and continue the current success of Swiatek and Hurkacz.