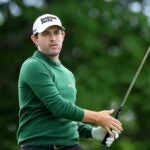 Fresh off a major breakthrough by Matt Fitzpatrick at the US Open, the golf world turns its eyes this week to the Travelers Championship at TPC River Highlands, in Cromwell, Conn. It’s the Tour’s last stop on American soil in advance of the Open Championship, and a bundle of big names are in the field.

On the odds board in Vegas, Scottie Scheffler and Rory McIlroy top the list of favorites, followed by Justin Thomas, Patrick Cantlay and Sam Burns.

But we aren’t making one pick. We’re making three.

The game we’re playing is on Chirp, a free-to-play mobile game. An affiliate of GOLF.com, Chirp offers a range of weekly contests, including a Trifecta competition that calls for users to pick three players: a favorite (ranked 1-20 in the Official World Golf Ranking), a contender (ranked 21-60 ) and a long shot (ranked 61 and higher).

As we survey the options, we are also looking to help from Andy Lack, GOLF.com’s expert prognosticator. A data analyst for OddsChecker and RickRunGood.com, and the co-host of “The Scramble,” a twice-weekly golf handicapping show, Lack has crunched the numbers and come up with three Trifecta picks.

You can check them out below.

And if you want to know where public sentiment is leaning, keep reading. Nearly 1,000 Chirp users have also made their Trifecta plays, and we are sharing that data, too.

Coming off a quiet T14 at the US Open where he shot one-under par over the weekend, Cantlay returns to site of his PGA Tour debut. I always try and target players who improve their ball striking as the week goes on, and the World No. 4 led the field in strokes gained off the tee at the US Open on Sunday. I expect him to build off this momentum and pick up PGA Tour win No. 8 in Hartford.

Leishman is another guy who turned in a sneaky-strong performance at the US Open. The 2012 Travelers champion gained 4.5 strokes on approach in Brookline, en route to a T14, his best finish since the Sentry Tournament of Champions in January. The Travelers has a history of being kind to Leishman, and I expect him to be firmly in the mix come Sunday.

Despite being known for his length off the tee, Davis tends to do his best work on shorter, positional golf courses. His best two finishes of the year have been at Colonial and Harbor Town, and his lone PGA Tour win came last year at Detroit Golf Club, the only current course on the PGA Tour that features the same bentgrass/Poa blend greens as TPC River Highlands . Coming off a start at the Memorial where he gained 3.5 strokes on approach, Davis is my dark horse.

Those are a pro’s picks. But what about the Chirp-using public?

In the favorite’s category, McIlroy has the strongest backing, with 31.69 percent of the vote. He’s followed by Scheffler (29.95 percent) and Thomas (11.04 percent).

And in the long shot category, Andrew Putnam leads the way with 18.4 percent of the vote, followed by Matthew NeSmith (14.10) Charley Hoffman (8.52 percent).

Want in on the fun? Click here to enter Chirp’s free-to-play Trifecta game for yourself.

A golf, food and travel writer, Josh Sens has been a GOLF Magazine contributor since 2004 and now contributes across all of GOLF’s platforms. His work has been anthologized in The Best American Sportswriting. He is also the co-author, with Sammy Hagar, of Are We Having Any Fun Yet: the Cooking and Partying Handbook.