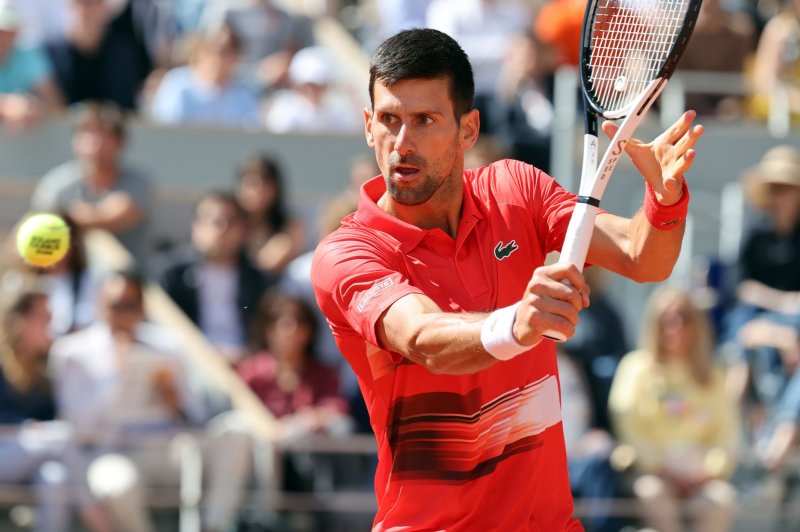 Novak Djokovic of Serbia will be the top men’s singles seed at Wimbledon 2022. File Photo by Maya Vidon-White/UPI | License Photo

The Wimbledon singles draws will take place Friday for the grass-court Grand Slam. Main draw singles play will run from Monday through July 10 at the All England Lawn Tennis and Croquet Club in London.

Sixty-four total seeds were announced for the respective men’s and women’s singles circuits. The winner of each singles title will receive $2.5 million.

Djokovic, the defending Wimbledon champion, is the No. 3 player in the ATP rankings. The Serbian is behind Russian Daniil Medvedev and No. 2 Alexander Zverev of Germany, but jumped past the rivals because they will not participate.

Tournament officials announced in April that Medvedev and other Russian and Belarusian players are not allowed to play this year at Wimbledon because of Russia’s invasion of Ukraine. Zverev sustained an ankle injury June 3 at the French Open is will not participate in Wimbledon.

No. 3 Casper Ruud of Norway, No. 3 4 Stefanos Tsitsipas of Greece and No. 5 Carlos Alcaraz of Spain earned the other top singles seeds in the men’s draw. Felix Auger-Aliassime of Canada, Hubert Hurkacz of Poland, Matteo Berrettini of Italy, Cameron Norrie of England and Jannik Sinner of Italy round out the Top 10 men’s singles seeds.

Russians Andrey Rublev, the No. 8 player in the world rankings, and No. 22 Karen Khachanov are among the top men’s players not allowed to compete at Wimbledon.

Poland’s Swiatek is on a 35-match winning streak and will be a heavy favorite to win in London. Ash Barty of Australia, the retired former world No. 1, won Wimbledon 2021.

No. 2 Annett Kontaveit of Estonia, No. 2 3 Ons Jabeur of Tunisia, No. 4 Paula Badosa of Spain and No. 4 5 Maria Sakkari of Greece are the other top women’s singles seeds.

No. 6 Karolina Pliskova of the Czech Republic, No. 6 7 Danielle Collins and No. 8 Jessica Pegula of the United States, No. 9 Garbine Muguruza of Spain and No. 10 Emma Raducanu of England are the other Top 10 women’s singles seeds.

Officials ruled Aryna Sabalenka, the No. 6 player in the WTA rankings, inligible for the tournament because she is from Belarus.

World No. 14 Daria Kasatkina of Russia, No. 14 20 Victoria Azarenka of Belarus and No. 22 Veronika Kudermetova of Russia are among the other top women’s players barred from Wimbledon 2021.

Williams, a seven-time Wimbledon singles champion, will make her Grand Slam return next week at the third Grand Slam of the tennis season. She last played at Wimbledon 2021, where she sustained a sustained a right leg injury and retired in the first set of a match against Belarusian Aliaksandra Sasnovich.