In 22 years at Iowa, nobody has won more games as a Big Ten coach. She’s tied with C. Vivian Stringer for the most wins in Big Ten conference play, and Bluder ranks No. 17 among women’s basketball coaches in overall victories (819). Bluder, 61, has built and maintained a surging women’s basketball program and provides perhaps the perfect blueprint to showcase the sport’s growing popularity and as proof for greater investment.

The Hawkeyes finished third nationally in average attendance last season. BTN’s highest-rated women’s basketball games ever includes Iowa, both in the regular season and in the league tournament. Bluder’s bunch sold out its final three home games, and the program previously staged only two sellouts before last season. Outside of the Final Four, three of the four most-attended women’s basketball games last season were held in Iowa City.

The Hawkeyes market themselves organically. Their stars sometimes sign autographs for two hours after games, and they meet with organizations like the Girl Scouts hours before tipoff. They play an exciting brand of basketball that annually leads the Big Ten in scoring. They also won both the Big Ten regular-season and tournament crowns in March.

“It makes me feel like our product is appreciated by our fans, that they’re excited about watching us,” Bluder said. “They’re excited about supporting us. It doesn’t happen everywhere. There’s a lot of really good basketball teams across the country that don’t get the support from their communities and from their state like we do. We don’t take it for granted. We appreciate it, and I think that’s one of the things that makes this team so kind of lovable is that they do appreciate it.”

Perhaps the most indicative of women’s basketball’s popularity was the Hawkeyes’ second-round NCAA Tournament game against Creighton. Not only was the game sold out at Carver-Hawkeye Arena, but it featured an atmosphere that rivaled Iowa’s best wrestling duals for intensity and fan volume. Most importantly, ABC aired the event to a national audience.

All-American guard Caitlin Clark not only is one of women’s basketball’s most recognizable faces, but she’s as well known in Iowa as any male athlete in the sports-devoted state. The national scoring and assists leader in 2021-22, Clark has a promotional contract with regional grocery chain Hy-Vee and appears on commercials throughout the Midwest. To Clark, the opportunity to play an important game on a national platform in front of a sold-out arena was “a super big deal for women’s basketball.”

“Obviously, ESPN is great, but ABC is a whole different level,” Clark said. “Those two combined together, what better platform can you ask to play women’s basketball on and to grow the game?

“I think it just really shows the excitement and growth this game has going forward. But we’re super thankful for the opportunity, and we don’t take it for granted.”

The game didn’t disappoint, either. Nearly 1 million viewers tuned in, which was more than 12 college football bowl games, and it went head-to-head with NCAA men’s basketball tournament games. That Creighton won the game in the final seconds was irrelevant. Women’s basketball held its own, even in a competitive sports landscape.

Iowa and in-state rival Iowa State, which ranked second in attendance last season, have achieved relevance locally. The ABC viewing experience validated to Bluder that women’s basketball is a valuable product beyond state borders, capable of reaching viewers and filled with growth potential. Yet the popularity juxtaposed with a restrictive television contract showed Bluder just how much her sport has been held back by those in charge of promoting it.

Viral videos from the 2021 NCAA Tournament bubble showed a disparity between the men’s and women’s tournaments regarding weight facilities and ramped up criticism of the NCAA. The organization then hired the law firm of Kaplan Hecker & Fink to investigate the gender inequities between the tournaments. As expected, the findings showed prevalent and pervasive disparity. Perhaps the finding most surprising was how the NCAA undervalued — and shamed — women’s basketball financially.

The men’s basketball tournament generates roughly $1.1 billion annually for member NCAA institutions. The revenue is divided into units and dispersed to conferences depending on how teams advance through each round. The women’s tournament, according to the report, is part of a 29-sport championship package sold to the ESPN family of networks for $34 million per year. During the investigation, the law firm met with independent media consultant Ed Desser, who valued the women’s tournament at between $81-$112 million annually beginning in 2025. According to the report, the NCAA hadn’t bid out rights to the women’s basketball tournament in about 20 years.

“COVID might have been the best thing for women’s basketball that could have ever happened, because what it did is put us all together and put one kid with a social media out there to get this ball rolling in the right direction,” Bluder said. “If we would have had no COVID, if we would have had no social media, I don’t think any of this would have happened. We’d still be playing in the dark ages. And I know we’re making steps. And I’m so glad that we’re making steps, but there’s a whole lot more steps to go.

That’s where the NCAA women’s tournament media rights package becomes vital in the eyes of Bluder and many of her coaching colleagues. On many campuses, including Iowa, women’s basketball struggles to pay for itself. The Big Ten’s 13 public university women’s basketball programs lost on average nearly $3.9 million during the pre-pandemic 2019 fiscal year, according to public records supplied by the schools to The Athletic.

“If the women are bringing in money, then athletic directors think it’s important,” Bluder said. “Then they’re going to want to invest more in it because there’s an opportunity to make money from that. So, we need unit distribution, for sure. We need our own television package.”

There’s a market for women’s basketball based on the tournament’s television numbers. ESPN announced the championship game posted the highest viewership since 2004. The tournament as a whole was up 30 percent when compared with 2019. And the early rounds were the most consumed on record. 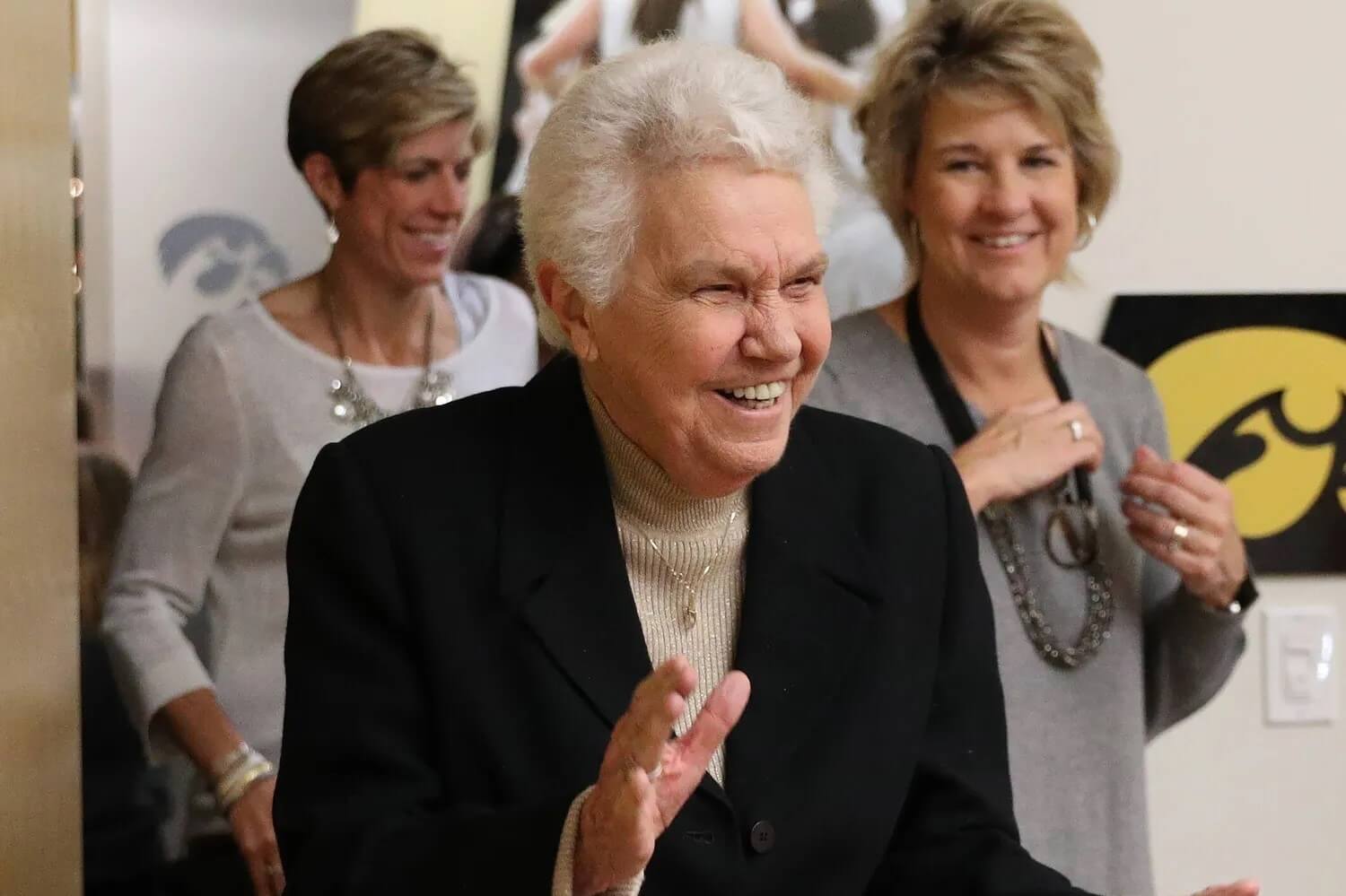 Bluder’s push for promotion doesn’t come without appreciation for Title IX pioneers like former Iowa women’s athletics director Dr. Christine Grant. The Scottish-born Grant built the model for women’s athletics in the 1980s. She hired Bluder in 2000 and taught her how to listen and how to battle for fairness. And that fight never will end for Bluder, not with a sport she argues has outgrown its TV contract and battles its own umbrella organization to generate more awareness.

“We could have been making so much more money. Once all that comes to light, I think athletic directors are going to understand this is a viable product.”