Ferentz to instead work with athletics department’s DEI staff, he says in Des Moines Register interview 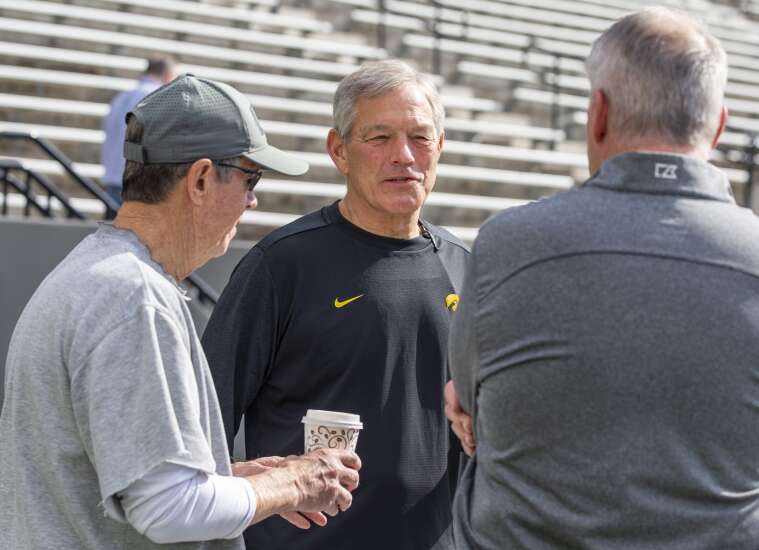 IOWA CITY — Iowa football coach Kirk Ferentz has no plans to restructure his dissolved diversity advisory committee, he said in an interview with the Des Moines Register.

Ferentz created the first version of the committee in the wake of claims of racial mistreatment from more than 50 former players.

He decided to “dissolve our committee as it stands currently” in January, The Gazette first reported, while saying he was “giving thought to how we restructure the committee/board in a way that best serves our program moving forward.”

It also came after the committee’s chair David Porter recommended it was time to “bring in a new head football coach.”

Ferentz’s June decision to not create a restructured committee — he instead plans to informally invite former players to spend time with the current team regularly — comes after repeatedly discussing plans for a new committee in the days, weeks and months after the news broke.

In a letter to Hawkeye parents dated one day after The Gazette’s report — after it made national headlines — he said he was “in the process of inviting new members to join the group.” He also said reports that he dissolved the committee were “not accurate.”

Then in his first media availability after the dissolution, he said he was “still formulating some thoughts” on what the new committee would look like, but it would “perhaps” include more recent players and those with ties to the football industry.

In April, he said he thought he was “getting closer” to having a new committee and expected to have it “wrapped up” by June.

Ferentz told the Register he talked to the athletics department’s interim director of diversity, equity and inclusion Lew Montgomery, who suggested instead working internally with Iowa’s DEI staff.

Ferentz will choose the former players who will visit with the team, according to the Register.

“I don’t see it being an organized group right now. The committee served its purpose, in my opinion,” Ferentz told the Register. “They were a great sounding board. But I think we’re in a pretty healthy thing right now.”

Montgomery, a former Iowa football player, joined the athletics department after the first director, Broderick Binns, also a former player, stepped down in February to take a job with GreenState Credit Union.