Dzaleka refugee camp is located not far from Lilongwe, the capital city of Malawi. For several years a Judo for Peace program called ‘Judo for Hope’ has been running in the camp, offering the possibility for refugees to practice judo on a weekly basis. 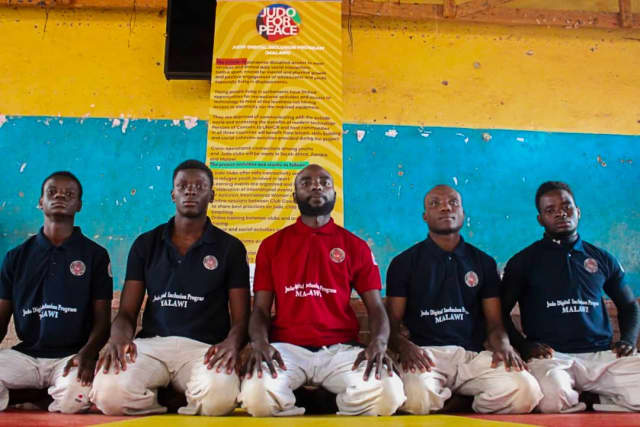 Unfortunately over the past two years, the COVID-19 pandemic caused disruption of most sporting activities around the world. Similarly, this catastrophe affected the JFP activities in Malawi and refugees could not enjoy the sport.

This is the reason why the digital program ‘Connected by Judo’ that uses the Internet to connect refugees, implemented simultaneously in Malawi, RSA, Zambia and Zimbabwe, as the result of a partnership between the International Judo Federation and UNHCR, with the support of the Grand Duchy of Luxembourg, came into life.

“The program was a success because it helped our refugees to learn and share their best practices, using modern technology. Several activities were arranged using Zoom meetings, where dojos in Malawi, Zambia, RSA and Zimbabwe were connected,explains Osbourne Banda, the General Secretary of the Judo Association of Malawi (JAM). 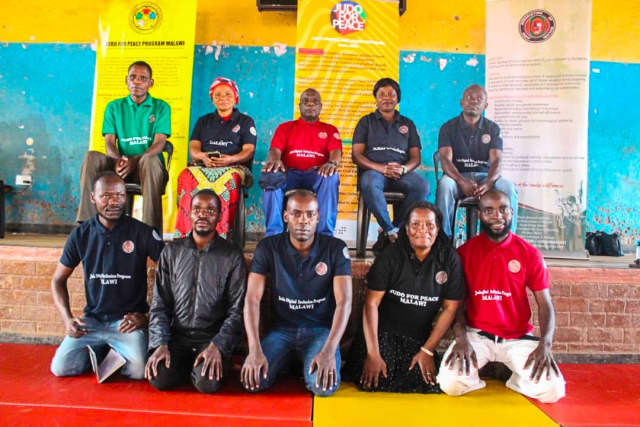 On 16th April 2022, JAM officially closed the first phase of the digital program at the Dzaleka refugee camp by organizing a short but powerful event.

“The fourty judoka from Dzaleka organized a judo demonstration to celebrate the success of this unique programme,Banda said.

Among the guests invited to attend the event were parents, local chiefs and members of the Kamuzu Institute for Sports from Lilongwe.

Speaking at the event, Mr Bonface Balenga, who represented the participants, thanked the Judo Association of Malawi, UNHCR and the IJF for supporting the program despite the disruption brought about by the COVID-19. He underlined challenges faced by the refugees due to the economic turmoil, “Apart from COVID-19 the other big challenge affecting the JFP program is the shortage of food and this needs urgent attention.” 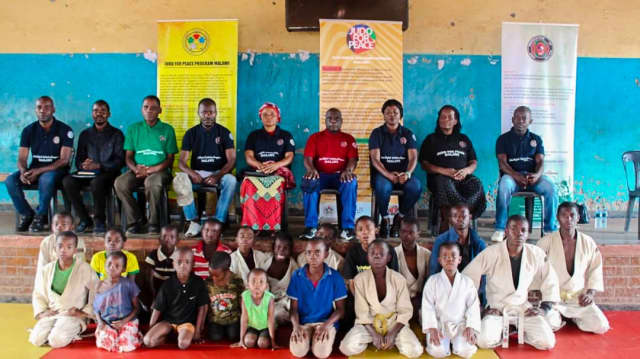 Mrs Cecile Pango, representing the chiefs, also emphasized the impact that JFP has made at the Dzaleka refugee camp, “The Judo for Peace program is one of the most vibrant and active programs helping to unite people of different nationalities in the camp.”

The event was officially closed by retired Captain John Kaputa who is the President of the Judo Association of Malawi and also the Secretary general of the Malawi Olympic Committee,”I want to thank the Malawi Government, the IJF, UNHCR and the Grand Duchy of Luxembourg, JICA, the Japanese Embassy and Malawi Olympic Committee for supporting this unique programme.President Kaputa appealed for more support from all partners so that the JFP program can continue changing the lives of refugees. 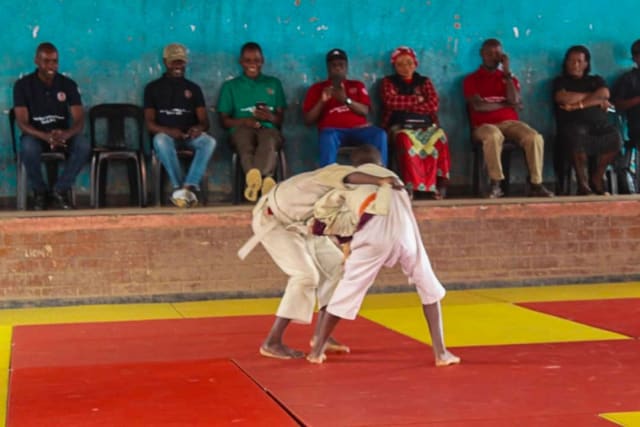 Being a refugee is difficult, with situations for millions of people around the world being greatly affected by wars, conflicts and social disorders. Judo has the capacity to put a smile on many young people’s faces. Despite the extra challenges brought by the pandemic, the Connected by Judo program was able to change the perception of the most desperate population. It is a first step and there will be more to come.