PAUL EDWARDS: How quickly cricket would die in England were it not for the leagues and the opportunities they give to young players and the wider social functions they fulfill 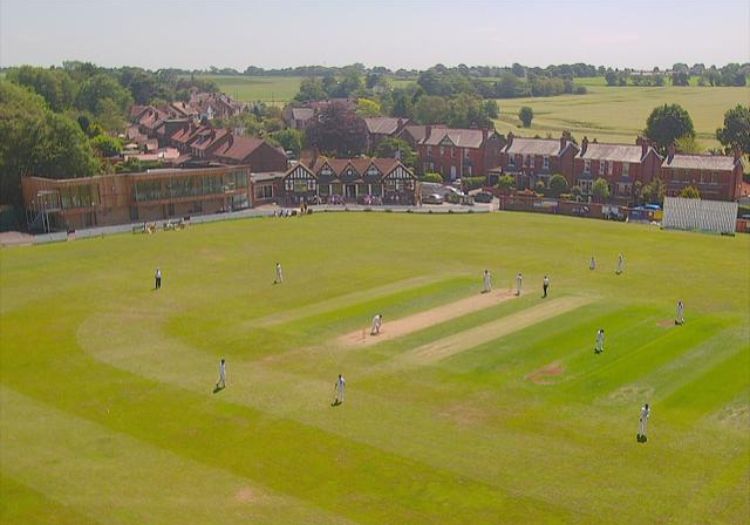 I was late getting to Ormskirk last Saturday and that irritated me.

For a week or two the date had been circled in my crowded diary because it offered a rare chance to visit a favorite cricket club when its 1st XI were hosting my own team, Southport and Birkdale. I looked forward to meeting some old friends and to watching a decent game. As it turned out, I saw the last five hours of a minor epic.

First though, some necessary information. S&B and Ormskirk play in the Love Lane Liverpool Competition’s Premier League. (The word “Competition” confuses people but it’s now just a synonym for “league.”) More significant is that the league still plays timed cricket, pure and simple.

When asked how this works, I say that whereas a Test match lasts five days and has two innings per side, a 1st XI Comp game lasts roughly seven hours, around 110 overs, and has one innings per side. Yes, a team could bat all day should it not be bowled out, but the bonus points system rewards positive cricket. For example, a side receives nothing but their bonus points for simply drawing a game.

When I arrived Ormskirk were 160 for 3 and their skipper, Gary Knight, was going well. Gary has played plenty of second-team and minor counties cricket and is one of the most respected cricketers in the league. On Saturday he went on to make 111 out of his team’s 251 for 4 declared in 51.4 overs.

He had been well supported by two young batsmen, the opener, George Politis, and Harvey Rankin, both of whom made half-centuries. Harvey was one of three Rankin brothers in Ormskirk’s team but that sort of familial connection is typical of the place. The Brook Lane ground is fairly central and has long been one of this smallish Lancashire town’s social centres. 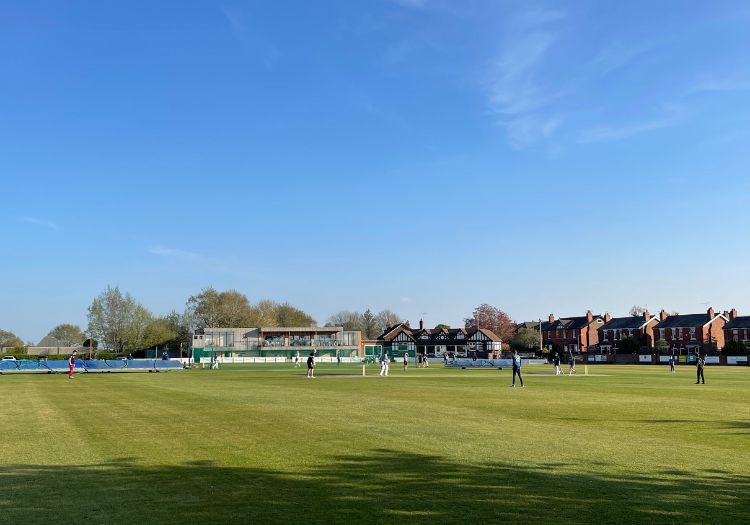 The scene at Ormskirk CC [supplied]

The place is packed when the first team is playing a big knockout game on a Sunday, and the club has recently built new changing facilities and a function room alongside its venerable and much-loved pavilion. Anyway, back to the match.

The most dramatic incident of the home side’s innings was an injury. Having dropped Knight off his own bowling when the Ormskirk captain was on 20 or so, S&B’s young opening bowler, Tom Crew, had suffered concussion when an attempt to stop a ball on the boundary edge ended with him smashing his head against a tree.

Tom, accompanied by S&B’s chairman, Andrew Carney, spent the next five hours or so in a couple of hospitals before being given the all-clear. When set against the possible consequences of such an injury, the fact that S&B had only 10 batsmen seemed of little consequence. And by the way, Tom’s parents were in Dubai; I guess it’s the sort of text you dread receiving.

Meanwhile, a Crewless but far from clueless S&B were making a decent attempt to score 252 in what would have been 54 overs. (There is, of course, no minimum number of overs that have to be bowled in the second innings of a Comp game until a team begins its 20 in the last hour.)

“Many people watch cricket all summer long and never go near a first-class match. In the midst of a clamor for reform and the acrimony it will probably produce, it is as well to remember such things”

However, two of the most accomplished batsmen had got out when well set and a score of 120 for 2 after 28 overs probably looked better than it was.

Soon it was 141 for four and the visitors’ hopes rested on 17-year-old Jack Stanley. Helped by Tom Baybutt, who would have been playing second-team cricket but for S&B’s injury problems, Stanley hoisted the score to 214, 38 runs short of what would have been a remarkable victory. Then both batsmen were dismissed in the space of four balls: Baybutt, bowled by Ormskirk’s only seamer, Sam Marsh, and Stanley run out for a terrific 88 by a direct hit from backward square leg by Scott Lees, an allrounder who was playing purely as batsman and hadn’t batted.

Those dismissals rather decided the outcome. Ormskirk’s Afghan slow left-armer, Zahir Shehzad, took the last three wickets and S&B finished 22 runs short, the last man being caught at a backward point when only 17 balls remained in the contest. I do not pretend it will be the very best game of competition cricket people will see this season or that there were not even finer matches played around the counties last Saturday. 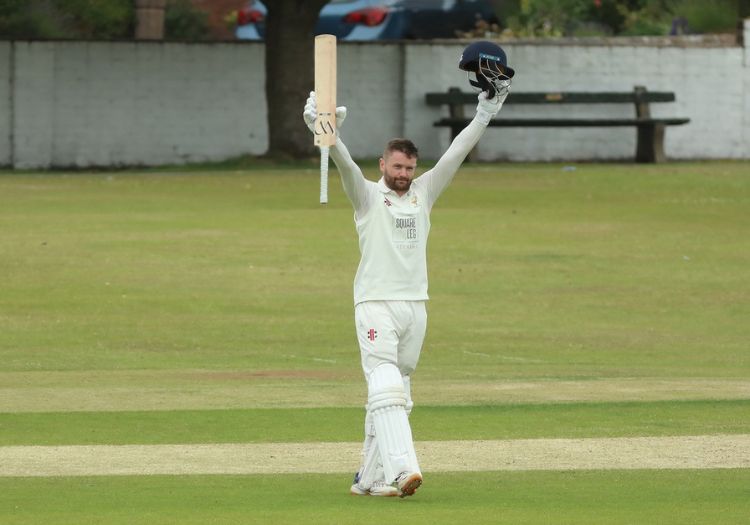 Gary Knight made a hundred against Southport and Birkdale [supplied]

But everyone to whom I spoke on Saturday evening said how much they had enjoyed it and when I was walking round the boundary with Jack Stanley during the final overs of the match, several Ormskirk supporters congratulating him on his innings. And I reckon they would have done the same, although maybe not quite as gratefully, had he made the century he deserved and won the game.

As I left Brook Lane on Saturday evening, I thought about all the other club games that were reaching a conclusion across the land. Yet again it became clear to me how quickly cricket would die in England were it not for the leagues and the opportunities they give to young players and the wider social functions they fulfill.

Many people watch cricket all summer long and never go near a first-class match. In the midst of a clamor for reform and the acrimony it will probably produce, it is as well to remember such things. If I had a choice between never watching club cricket again or never watching Test matches, I reckon the Tests would go.

But then Ormskirk is special in this respect. Last year, I wrote a piece for The Times in which I pointed out that four current first-class players learned their cricket at Brook Lane and four more had polished their skills there. The four in the first group are Gavin Griffiths, Tom Hartley, George Lavelle and Michael Jones; the four in the second are John Simpson, Josh Bohannon, Liam Hurt and Simon Kerrigan. And now that Taylor Cornall has made his Worcestershire debut, there is a fifth member of that second cohort.

After my piece was published readers made justified claims for Pudsey St Lawrence’s production line but I think that fine and famous club’s achievement covers a much longer timeframe. And before anyone raises objects, let me make it upper-case clear that other clubs have played important roles in the development of Simpson, Bohannon, Hurt, Kerrigan and Cornall. While, near the conclusion of this column I’d like to use most of a paragraph I wrote last year, not least because I can think of no better way to say it. 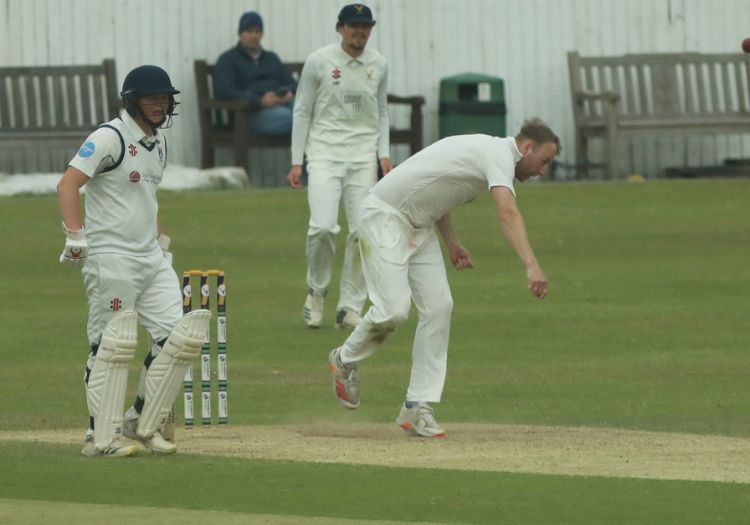 “If there is one image that encapsulates what Ormskirk is about, it can be found a few miles away in the old Lancashire village of Lydiate, where Tom Hartley’s father, the former international 400m hurdler, Bill Hartley, runs a plant nursery.

“When Hartley realised that his son was serious about his cricket, he built a covered net where Tom and other young Ormskirk juniors could practise whenever they wished. A few years ago, guided by the careful coaching of Jack Snowden, three future first-class cricketers, Hartley, Lavelle and Jones, polished the skills that would enrich their club and should, in time, benefit their counties, too. They learned a professionalism that has nothing to do with money.”

There are other Ormskirks across England. The place is very special but not unique. Of course I’m proud as hell of what S&B is trying to do for young players but I know that other clubs are doing the same. Barely 48 hours after finishing this piece I should be umpiring a match for a Bank of England team and I’m praying I don’t make an utter bollocks of it.

While that game is taking place, thousands of other players and spectators will also be enjoying their cricket. Only a few youngsters will become professionals and even when they do, only my most diligent colleagues will find out where they learned the game or speak to the coaches who spotted talent and wondered if this was the real thing. It is a curious world in which thousands of people profess a love of cricket yet still manage to overlook its lifeblood.

Please ensure all fields are completed before submitting your comment!