BETHESDA, Md. – Cristie Kerr calls Congressional’s renovated Blue Course one of the best she’s ever played. As LPGA players drive courtesy Cadillacs this week, dine in a gargantuan clubhouse – complete with sugar cookies shaped like the Washington Monument – ​​and compete for a $9 million purse, double last year’s at the KPMG Women’s PGA, Stacy Lewis has a message: “In our history of the LPGA, this is far from normal.”

The LPGA was in grave peril when Lewis joined more than a dozen years ago. There were 23 events on the schedule, and nearly half of them were overseas.

“This current group of players, I don’t think they quite realize how lucky we are with the opportunities that we have,” said Lewis. “I mean, they have come to expect them over the last four or five years, that this setup this week is normal.”

Stacy Lewis makes a note on the 11th fairway during the practice round of the KPMG Women’s PGA Championship at Congressional Country Club on June 22, 2022 in Bethesda, Maryland. (Photo by Elsa/Getty Images)

Katherine Kirk, one of only a handful of players over 40 who competes regularly on the LPGA, worries about an “entitlement attitude” permeating the tour. She looks back on what the LPGA founders did themselves in the 1950s to get this tour off the ground – promotions, course setup, rulings, marketing – and holds a deep appreciation.

“In comparison to that, we have it easy,” she said. “We just rock up to tournaments.”

Of course, money is the talk of the game right now. As a field of 156 women celebrate the second-biggest purse in tour history this week, PGA Tour stars are leaving their already lucrative tour for mind-blowing amounts of guaranteed cash on the Saudi-backed LIV Golf. The never-ending Saudi news cycle already drowns out the biggest headlines in the women’s game – even at the majors.

When asked if she was concerned that a similar Saudi-backed threat could come to the LPGA, Marcoux Samaan said: “Listen, we wake up every day trying to make the LPGA the leader in women’s golf and to make it the very best tour. That’s what we focus on. We have a great staff. We have great partners. We have the best players in the world. We’re really just doubling down on what we’re doing.”

As for LIV Golf’s ambitions in the women’s game, CEO Greg Norman recently told the BBC, “we’re here to grow the game golf on a global basis, not just in one specific sector, which is men’s. It’s across the board.”

One week after the inaugural LIV Golf Invitational Series was held at Centurion Club, the Aramco Team Series London presented by Public Investment Fund event was held at the same course.

The Saudi-backed Aramco Series is part of the Ladies European Tour, which falls under the LPGA umbrella.

During a pre-tournament press conference in London, Golf Saudi ambassador Bronte Law lauded Linn Grant’s groundbreaking victory on the DP World Tour — where the Swede trounced a field of men and women by nine strokes — and pushed for more mixed events.

“The perfect example is tennis,” Law said. “Why do the men get paid more than we do? The reason is because they play on the same site and they get the same media coverage.

“So if we can play at the same course, get the same TV coverage, there’s no reason why our purses can’t increase.”

With Golf Saudi already invested in women’s golf, many wonder what might be coming next. Could Law’s call for more mixed events or concurrent events featuring men and women already be in the works for Golf Saudi? And, if so, how many players would leave for the chance to earn more money?

“Put it this way, I think you would see almost the entire tour do it here,” Kerr said. “What we play for here compared to the men’s Tour, the scale is different.

“But at the same time, KPMG just upped the purse to $9 million. We’re starting to see a rising tide lifting all the ships. … It’ll be interesting to see how it affects this tour.”

LPGA player Sarah Kemp must compete in a minimum number of LET events each season to maintain her membership in Europe, and flying up to New York for an Aramco Team Series event later this year would be awfully convenient. But Kemp doesn’t like that the money for the event comes from the Saudi Arabian government.

However, she understands that women who compete on the LET full-time have little choice but to compete in the six Saudi-backed events, noting that budgets are so tight on that tour, one player drove an Amazon truck during the COVID-19 pandemic .

“It would be so great to have a few more KPMGs in the world,” said Kemp, “a few more CMEs that would love to support women’s golf.”

KPMG US Deputy Chair and COO Laura Newinski said on Tuesday that they like the notion of pressure and momentum in the growth of the game, what it does to bring attention and awareness to the value of the product. The USGA set a new standard with a $10 million purse at this year’s US Women’s Open. Each LPGA major has raised its purse significantly in recent years.

“As a sponsor, this isn’t a competition,” said Newinski. “It’s a come-along and let’s do right by the game in terms of what we’re putting into it.” 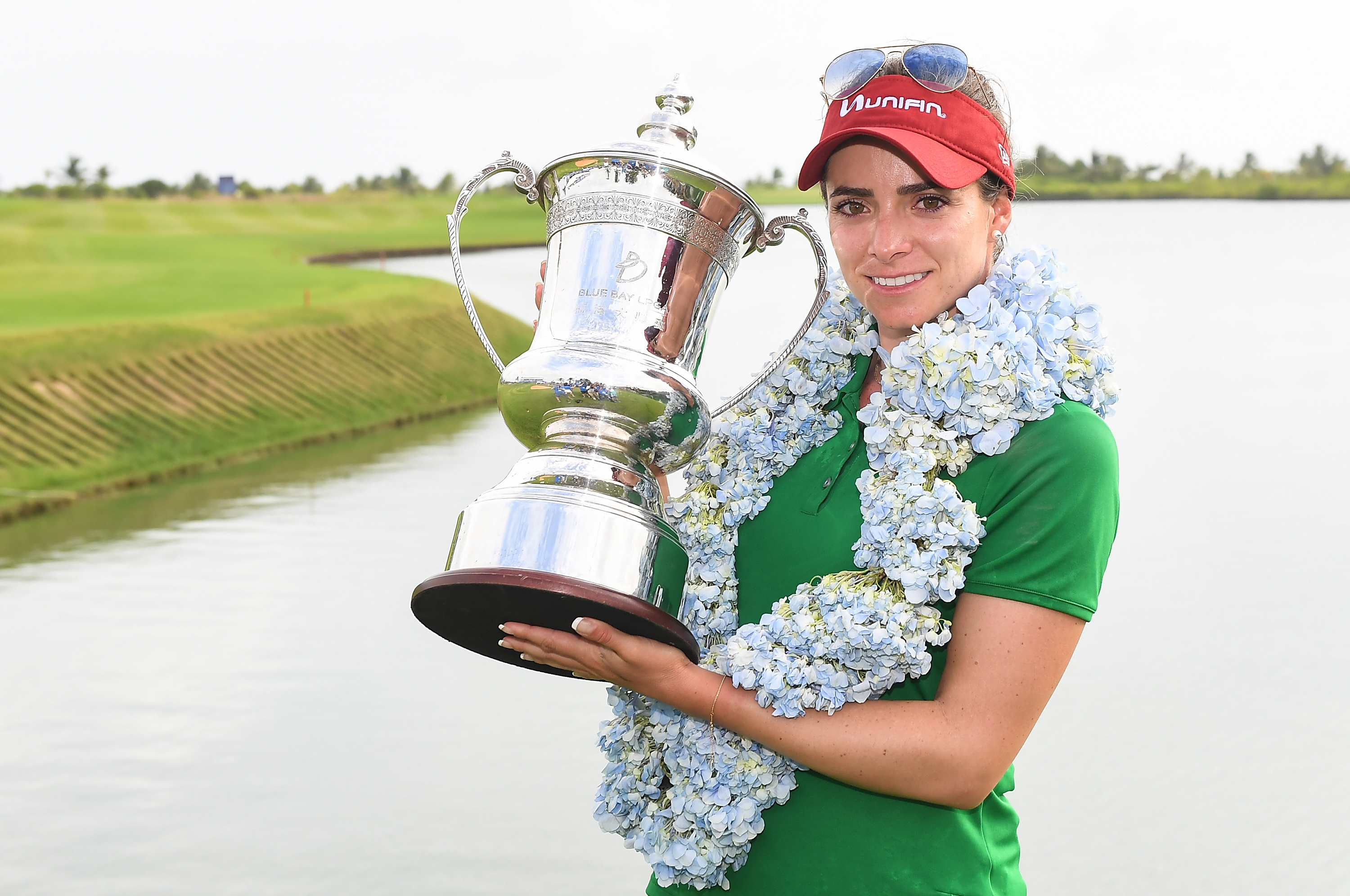 “Just for my core values,” she said. “I don’t really play for money. I really play to win championships. To me, it’s more important.”

But, she can see others viewing it differently.

“I think a lot of players will think about it because there are a lot of girls that are struggling, even on the sponsor side,” said Lopez. “I wouldn’t be surprised if girls leave this tour.”

When Kirk thinks about the possibility of Saudi money threatening the LPGA, she thinks not just about the tour itself, but the LPGA teaching division and the LPGA-USGA Girls Golf program that has exploded in recent years. What becomes of those?

“I just hope players understand the consequences of decisions that don’t just affect you,” said Kirk. “They affect generations to come.”