It’s all set in the Centro de Treinamento Paraímpico de Sao Paulo to host the final 2022 IBSA Judo Grand Prix of the season. After the first days, between arrivals, classifications, and training sessions, the draw for the competition will be known today.

The event will be live streamed on the IBSA YouTube account at 12.30am (CET, 7.30pm in São Paulo), announced in the Live Box on this website, and on our social media.

Several athletes are coming to the city of Sao Paulo with high expectations. One of them is the Romanian Alex Bologa, undisputed leader of the male J1 -70kg category: “This will be the third official IBSA Grand Prix of the year. I hope it goes well for me, before the European Championship, in September, and the World Championship, in November, in Baku. There are no secrets to leading the world ranking. I always try to do my best, both in training sessions and in competition. I have a wonderful relationship with my coach and that helps me greatly every day.“

#Accessibility – Alex Bologa stretching on the tatami in a training session

Benjamin Goodrich, from the United States of America, didn’t participate in the first two Grand Prix of the season (Antalya and Nur-Sultan). So, he is anxious to be back on the tatami at an international level. “It is a new category for me. I want to fight with these new athletes to test my chances at the World Championship. I already fought this year with Helios [Latchoumanaya]. It was a combat from which I took several lessons, about what I did right and wrong, and I will try to improve for this tournament.“ 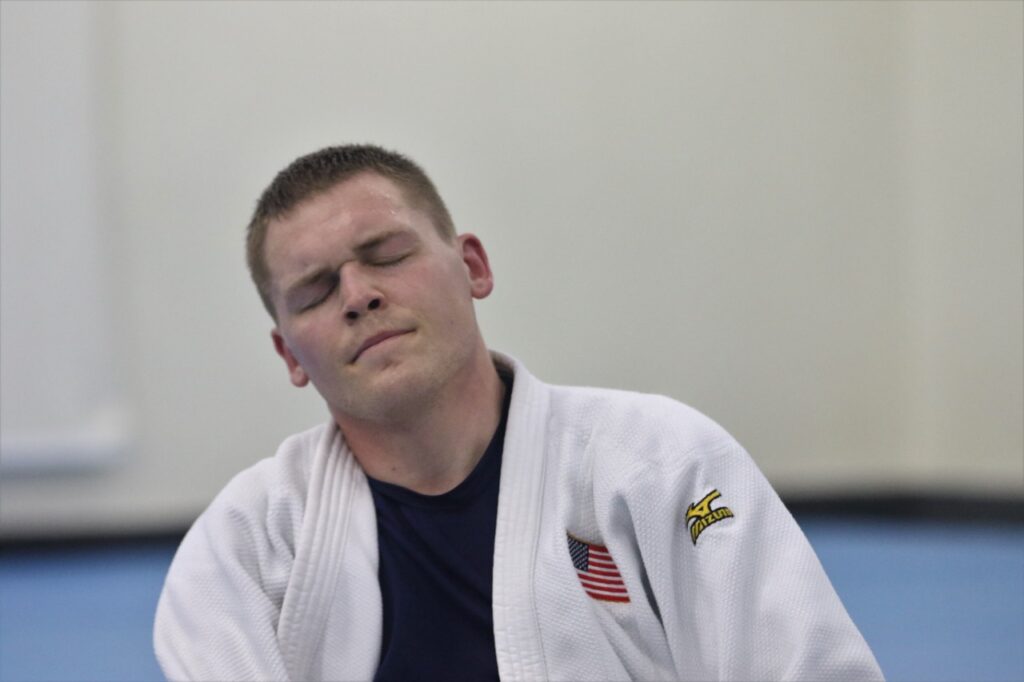 Carmen Brussig of Switzerland, who won the Turkish Grand Prix and finished second in Kazakhstan, is vying for the J2-48kg crown. I want to win a medal. Fighting in Brazil in front of their fans won’t be more difficult than it used to be. In fact, it will make me more focused in combat. I will use that environment in my favour.“ 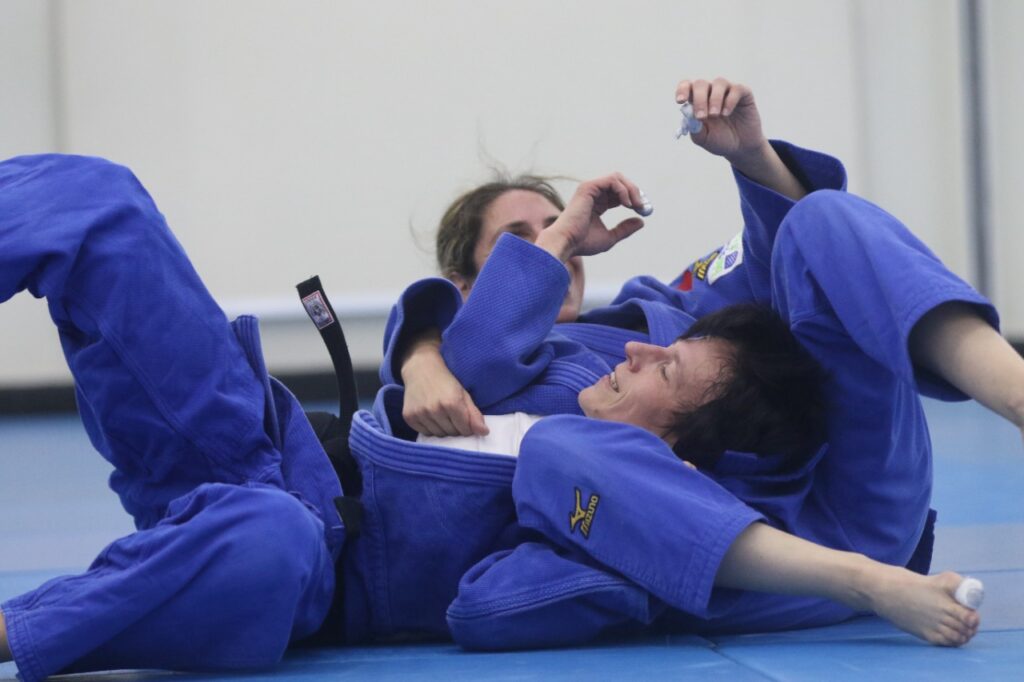 #Accessibility – Carmen Brussig in a combat during the training session

Cuba will be one of the countries participating in the tournament. The national head coach, Senen Ramos Benitez, talked about the great experience of being in the competition: “I want to thank the Brazilian technical team for allowing us to join training sessions. The rich exchange of athletes, coaches, and managers contributes to the further development of Paralympic Judo in America. Our expectations, as usual, are to get the best results possible. It will be our first participation in an event with the new rules and new classification (J1 and J2), and this will lead all our cycle towards Paris 2024.“ 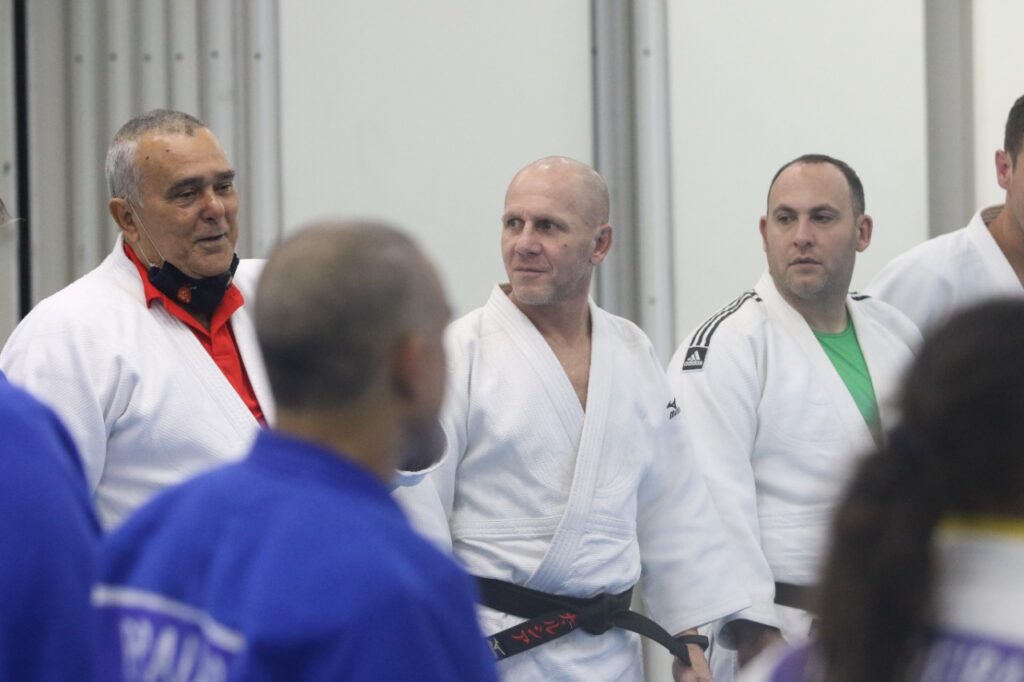 Rosicleide Andrade, the Brazilian who will be playing at home, is looking for the third win in a row. The ballet dancer who decided to try Judo is the leader of the J1 -48kg category and doesn’t want to lose any stage until Baku: “My expectations are high. I always want to be at the top. I’m working, running a lot, and correcting every aspect I need to improve.“