Four of the five tournaments of state champions are for young players:

The fifth tournament, for players who are 50 years old or older, is the

The time control for the five tournaments is G90 +30: 90 minutes base time with a 30-second increment added after each move.

For the “State versus State Championship,” the state whose representatives have the highest combined scores are recognized. The top state overall is New York, which had the highest average US Chess rating, 2299, of any participating state in 2022.

The New York team members’ scores, out of six rounds:

Each Irwin player is considered the “honorary captain” of his state’s team. In 2022, as in 2021, all the Irwin players are men, so “his” is appropriate.

The three co-champions in the Denker, IM Arthur Guo (Georgia), GM Andrew Hong (Northern California), and FM Sandeep Sethuraman (Arizona), tied with a score of 5 out of 6 points. Guo had the best tiebreaks, so he earned the prizes associated with first place.

The winner of the Barber was CM Brewington Hardaway (New York) with a score of 5.5. 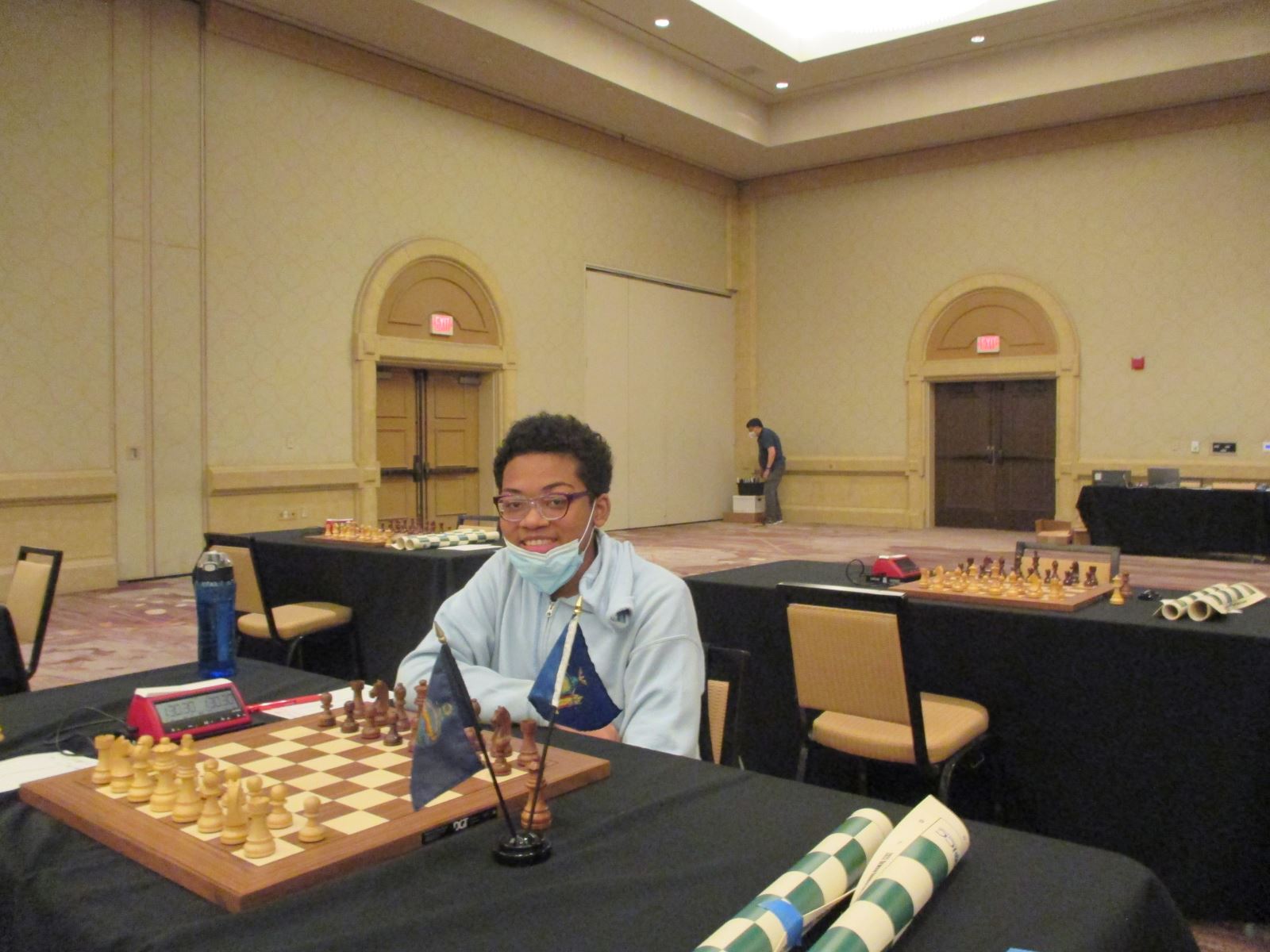 The winner of the Haring was FM Ruiyang Yan (Northern California) with a score of 5.5. 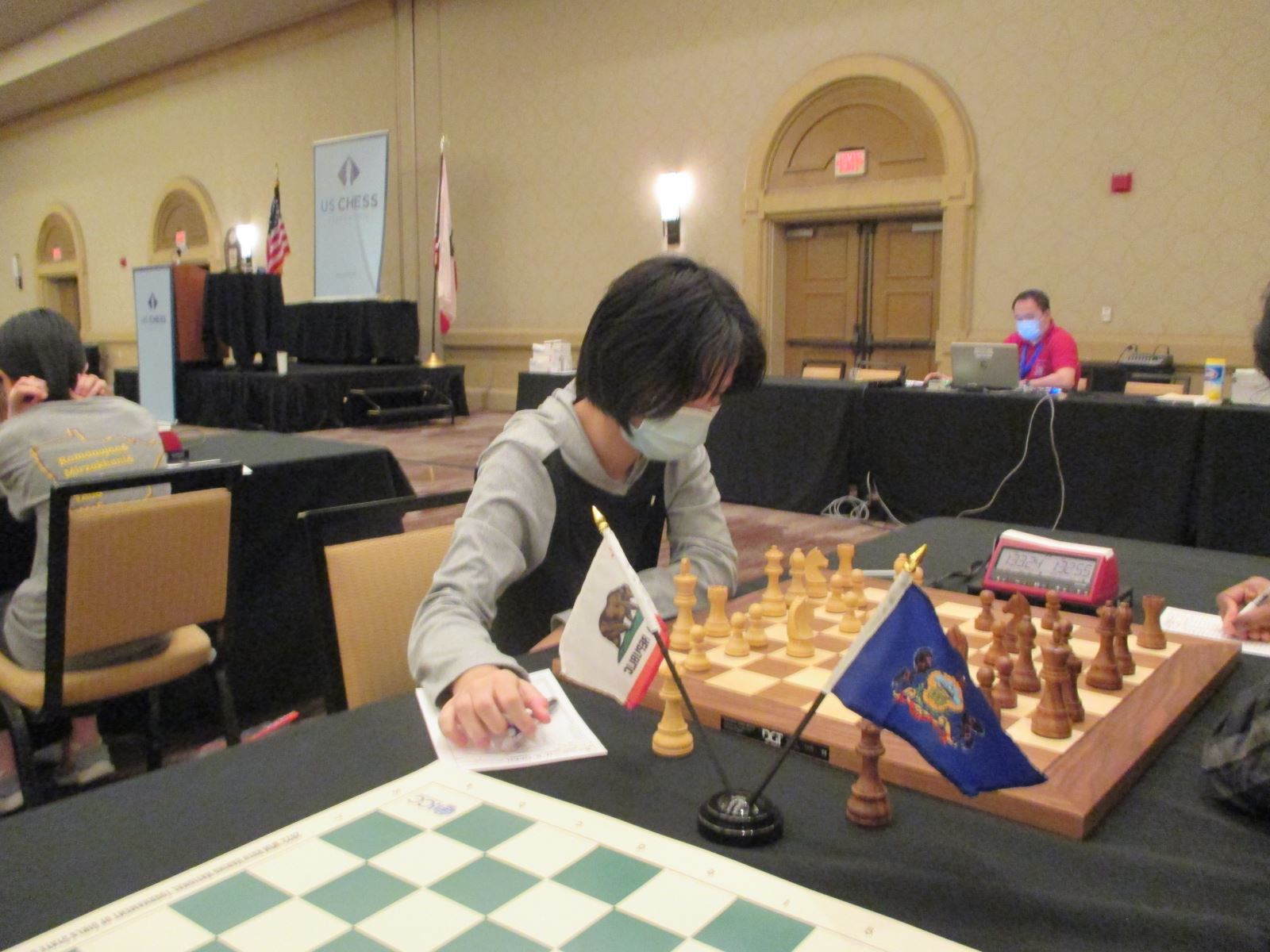 The three co-champions in the Rockefeller, Andrew Jiang (Georgia), Benjamin Benchen Tang (Southern California), and Sam Luger (New York), tied with a score of 5 out of 6 points. Jiang had the best tiebreaks, so he earned the prizes associated with first place. 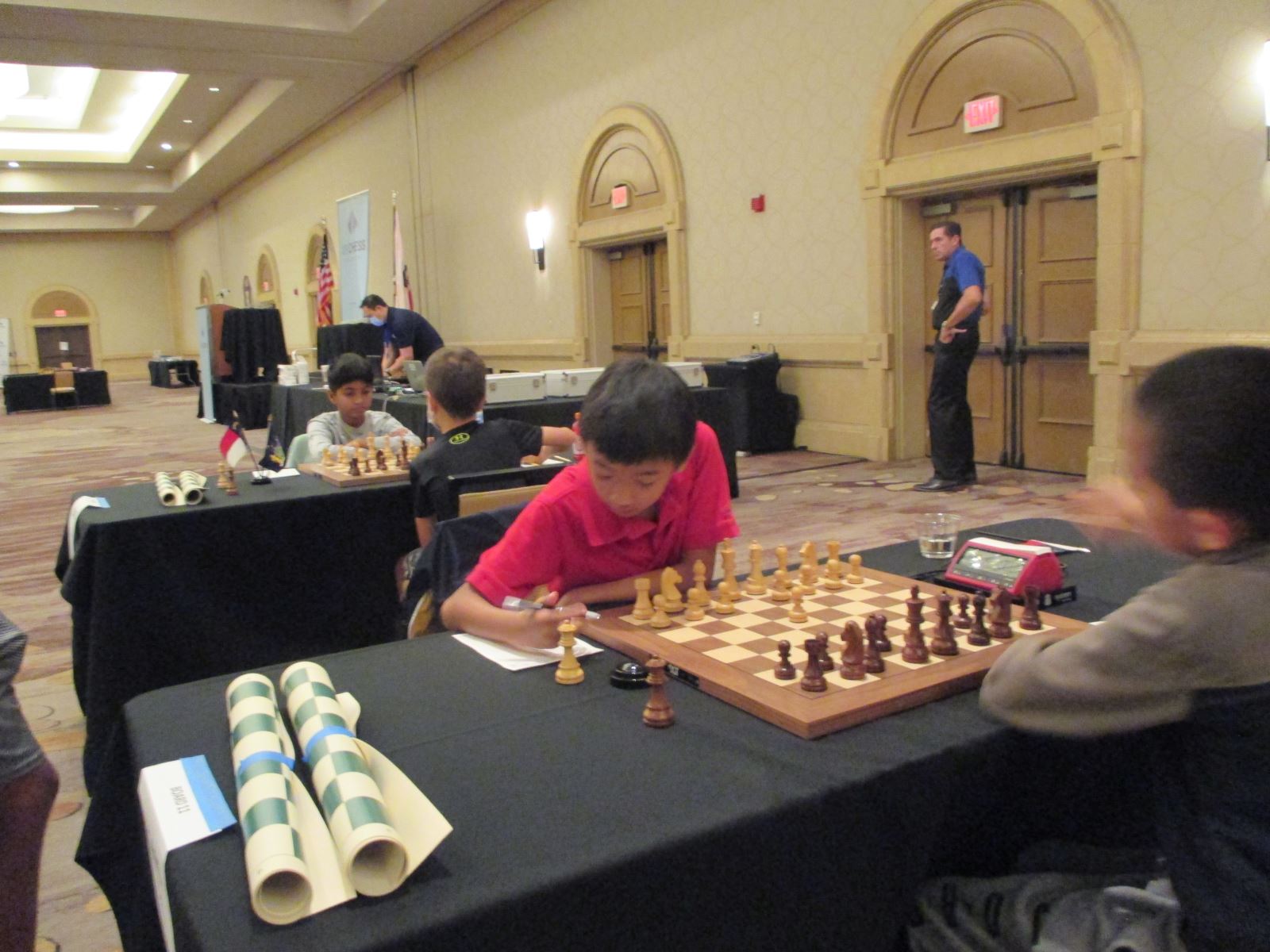 IM Doug Root (Texas) and GM Enrico Sevillano (Southern California) scored 5 points and are co-champions. Root had the better tie-breaks. Each player receives $2,000, a split of the $2,500 first place and $1,500 second place prize money amounts. Root additionally earns the Irwin qualifying spot for the 2023 US Senior Championship, to be held at the Saint Louis Chess Club. 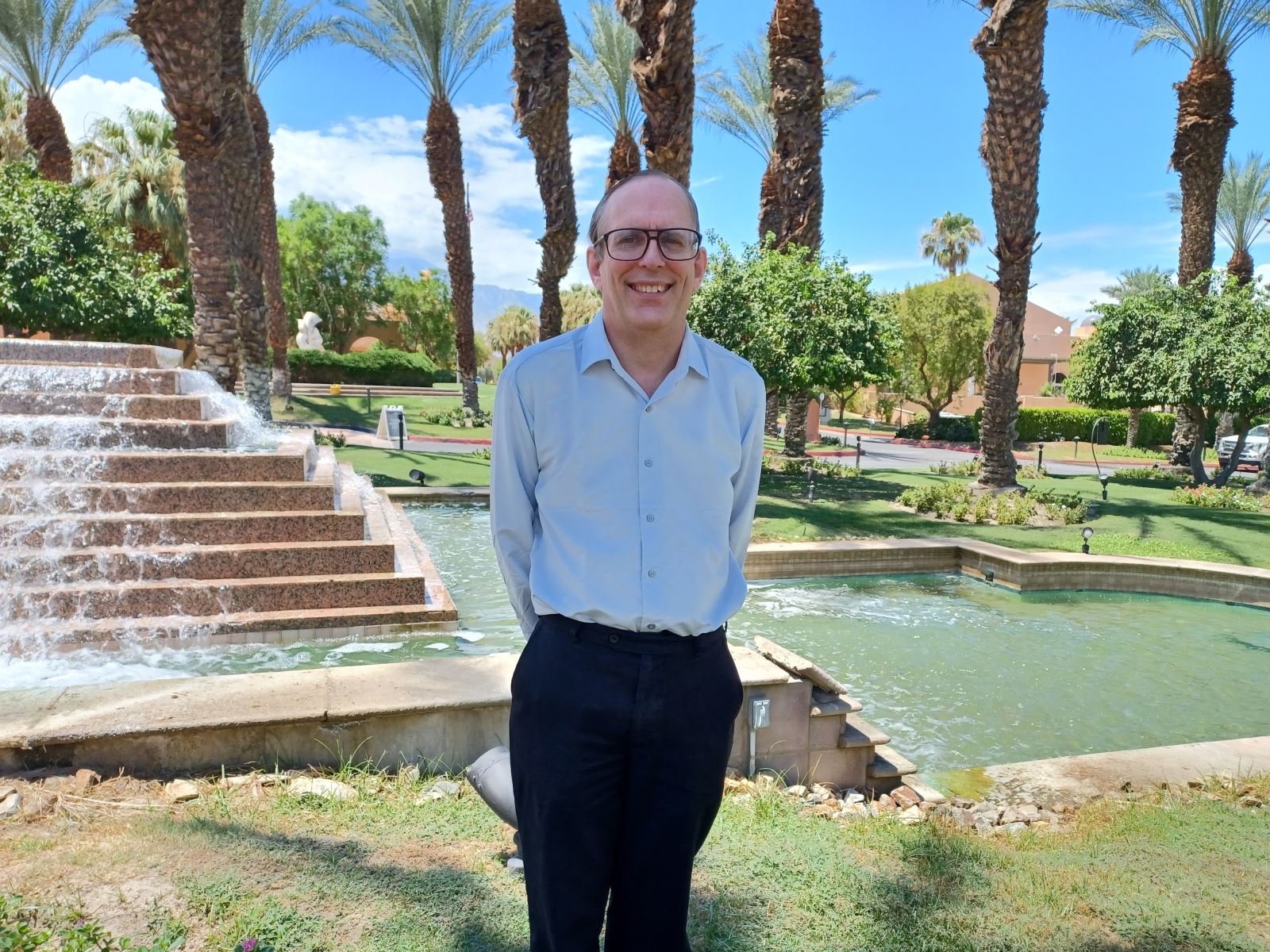 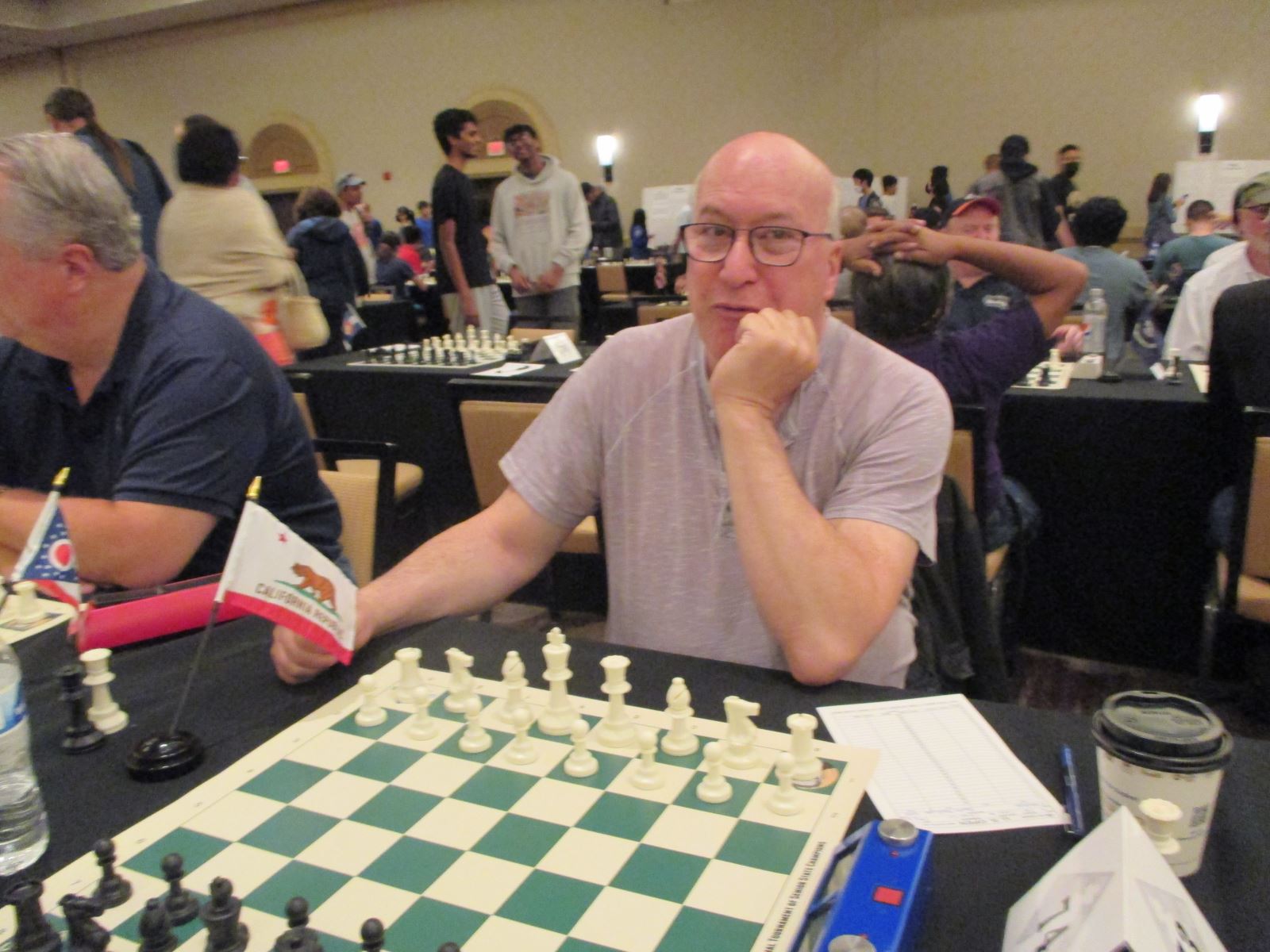 James Altucher was a first-time participant in the John T. Irwin National Tournament of Senior State Champions. For many years a New Yorker, his essay “NYC is dead forever” went viral, earning a rebuttal from comedian Jerry Seinfeld. Altucher describes himself as an entrepreneur and angel investor. He is also the author of the The Wall Street Journal bestselling book Choose Yourself. 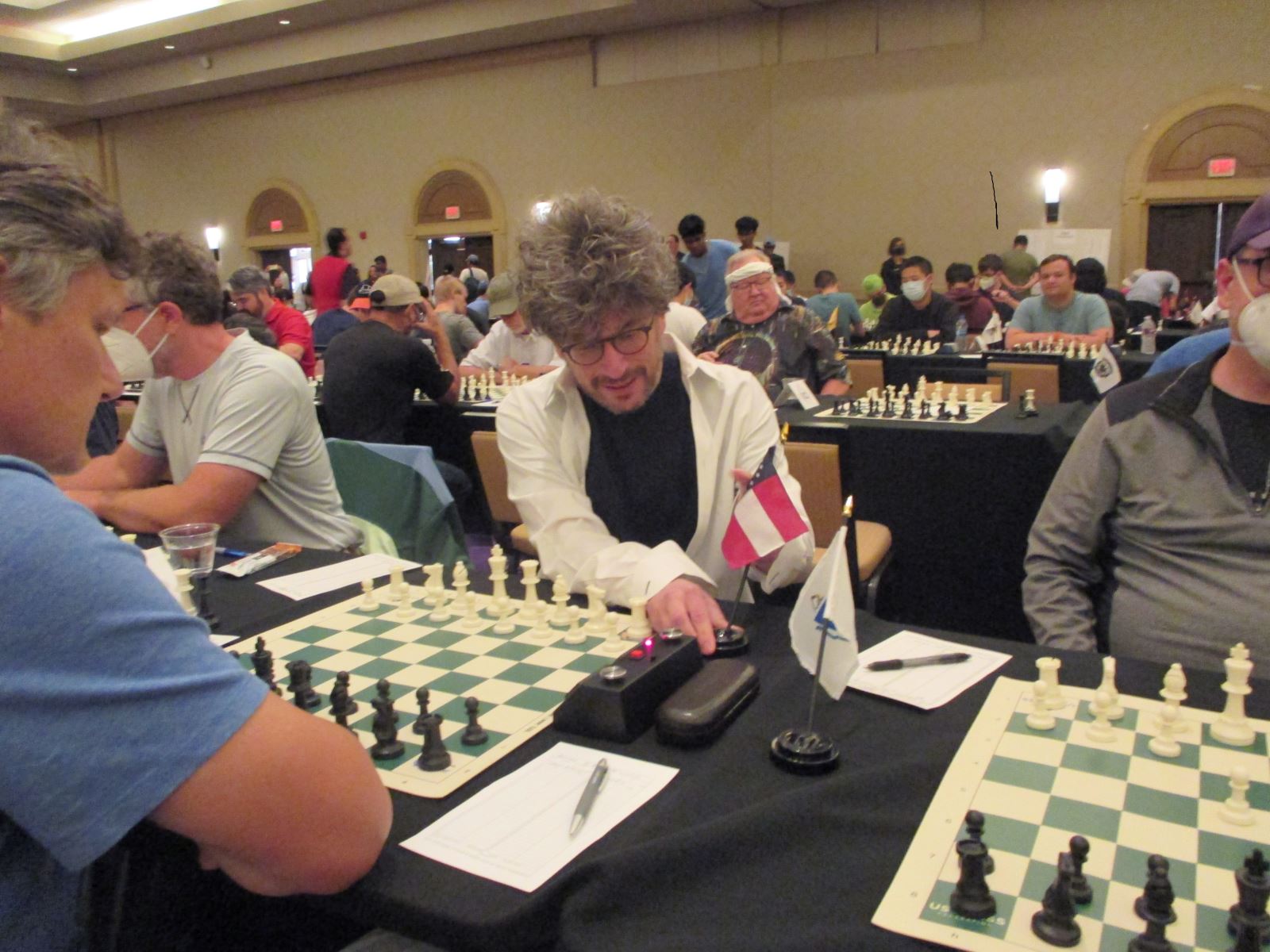 Four months ago, Altucher moved to Johns Creek, near Duluth, Georgia. He represented Georgia in the Irwin. Altucher holds weekly chess club meetings at his home. His former coach is GM John Fedorowicz and his current coach is GM Jesse Kraai.

In 1986, Altucher was the New Jersey representative in the Denker. Altucher’s current chess goal is to get back to his US Chess rating peak of 2240. He also plans to write a chess book tentatively titled 60 Memorable Losses. His favorite win in the Irwin was against Eric Cooke (Florida) in round 3; also included here is his round 5 loss to FM John Readey (Washington State).

US Open: Meet the Authors!

While some chess authors left Rancho Mirage when the Invitationals concluded on August 2, several are still on site. GM Elshan Moradiabadi leads the traditional schedule of the US Open. Moradiabadi and his co-author, WGM Sabina Foisor, will be signing their book Sherlock’s Method: The Working Tool for the Club Player. Foisor is not playing in the US Open, but she is commenting on Twitch, along with FM Gauri Shankar, for US Chess. GM Eduardas Rozentalis will sign To Exchange or Not? The Ultimate Workbook spirit The Correct Exchange in the Endgame. The book signings for these three Thinkers Publishing authors (Moradiabadi, Foisor, and Rozentalis) are on Saturday, August 6, from noon to 2 pm The Managing Director for Thinkers Publishing, Daniël Vanheirzeele, is playing in the US Open.

Dewain Barber is signing Humor in Chess spirit Humor in Chess II on Wednesday, August 3, at 6 pm All book signings are at the US Open Boutique Chess Shop, within the Westin Mission Hills Golf Resort & Spa in Rancho Mirage.