We concluded the first day of the European Youth Olympic Festival 2022 with the lightweight categories. The event was attended not only by judoka but friends of the athletes within their national delegations. For some this was the first time seeing a judo event and the athletes certainly provided entertainment.

Coming in to the final block, there was a great deal of tension for the competitors, waiting to walk out on the tatami in hopes of becoming the EYOF champion, or to step on the podium to accept their hard earned bronze. First up were the young women in the -44kg category.

Wandel has earned herself superstar status this year with gold after gold achievement, most recently the Cadet European title in Porec. On this occasion she was challenged by Szeleczki who has also taken her fair share of medals but on their only meeting was unable to defeat the Dutch.

However today the pair went deep into a golden score, the Hungarian came in with a strong game plan and Wandel struggled to execute any scoring technique. Eventually the contest ended with Szeleczki picking up a third shido. The first gold of the tournament going to the Netherlands and is Wandel’s fifth gold medal in a row.

Team Azerbaijan and Team Georgia held their defenses in the crowd as their -55kg athletes went head to head for the gold medal, matching one another on support. The pair remained relatively equal throughout the contest until the pivotal moment when Lomitashvili saw an opening and clinched his opponent, gradually lifting him on to the thigh to turn in for uchi mata. The landing was a waza ari and he finished off the contest to claim Georgia’s first gold with osae komi.

The odds lay heavily in favor of Aliyeva given her past accomplishments, and perhaps she underestimated the abilities of Finestrone who left no room for error in the -48kg final. A ko uchi in the first minute of contest time secured here a waza ari score. Following this, it was Aliyeva’s down attack that put her in trouble, although her o soto gari attempt was strong, Finestrone was able to keep control, with Aliyeva essentially throwing herself with the momentum she created. To ensure the gold went to Italy, Finestrone followed down in two waza and kept her opponent down for a further ten seconds so there was no doubt who was taking the EYOF title.

The ultimate contest on day one was explosive from the start. Both athletes endured tough starts to the day, claiming a great deal of Golden score time on their way to golden glory. The excitement came as both were comfortable being in close quarters with one another, creating great anticipation for the spectators. In the end it worked out perfectly for Van Harten who lifted his opponent up before executing an ippon-scoring uchi mata. This was the second gold medal win for the Dutch team who had mass support in the crowd from friends, family, team mates and those from other sports. This result put the team on top of the medal table at the end of day one.

Tomorrow the competition will start at an earlier time of 10:00 local time with live streams available on the EJU website. 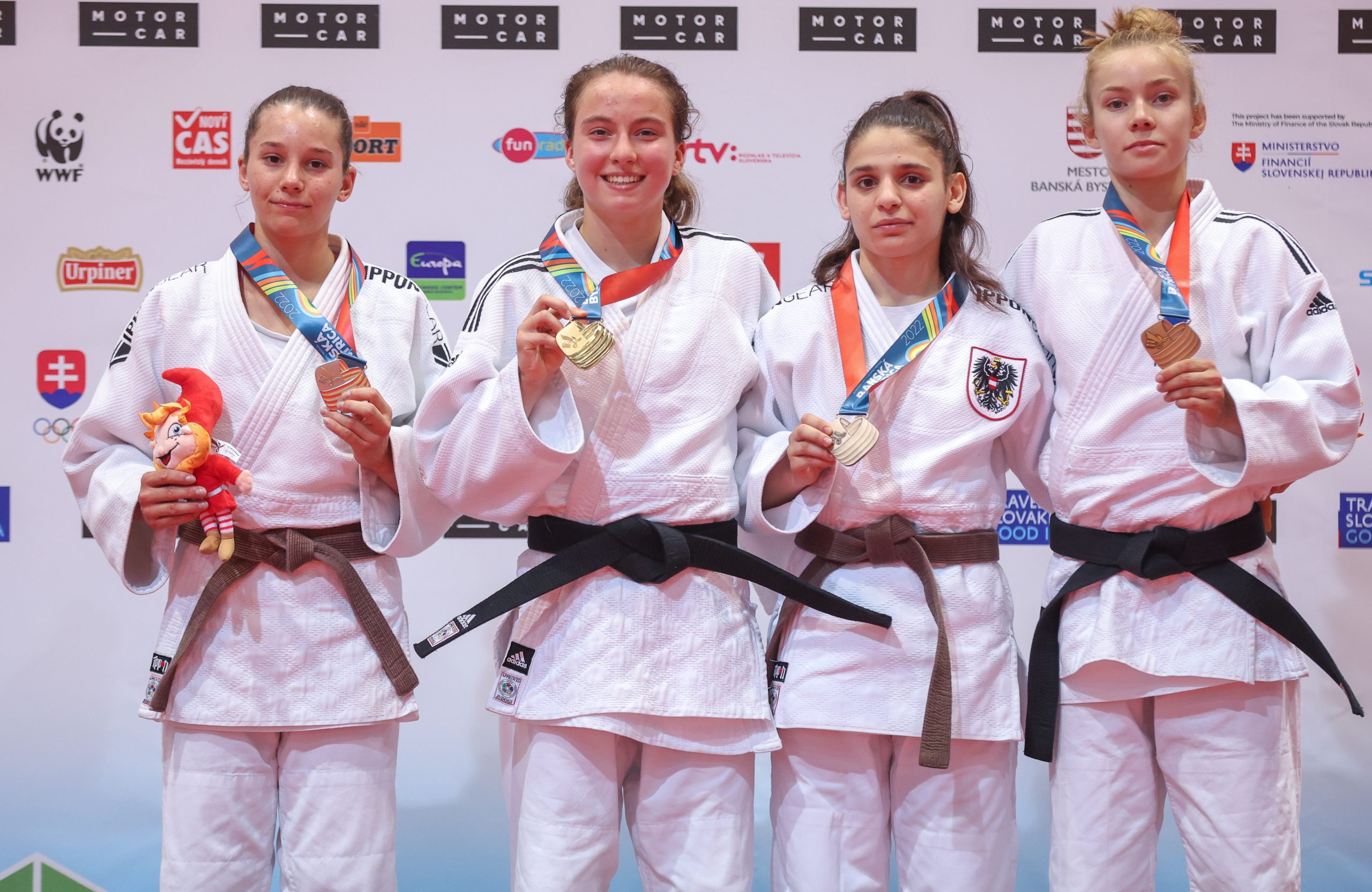 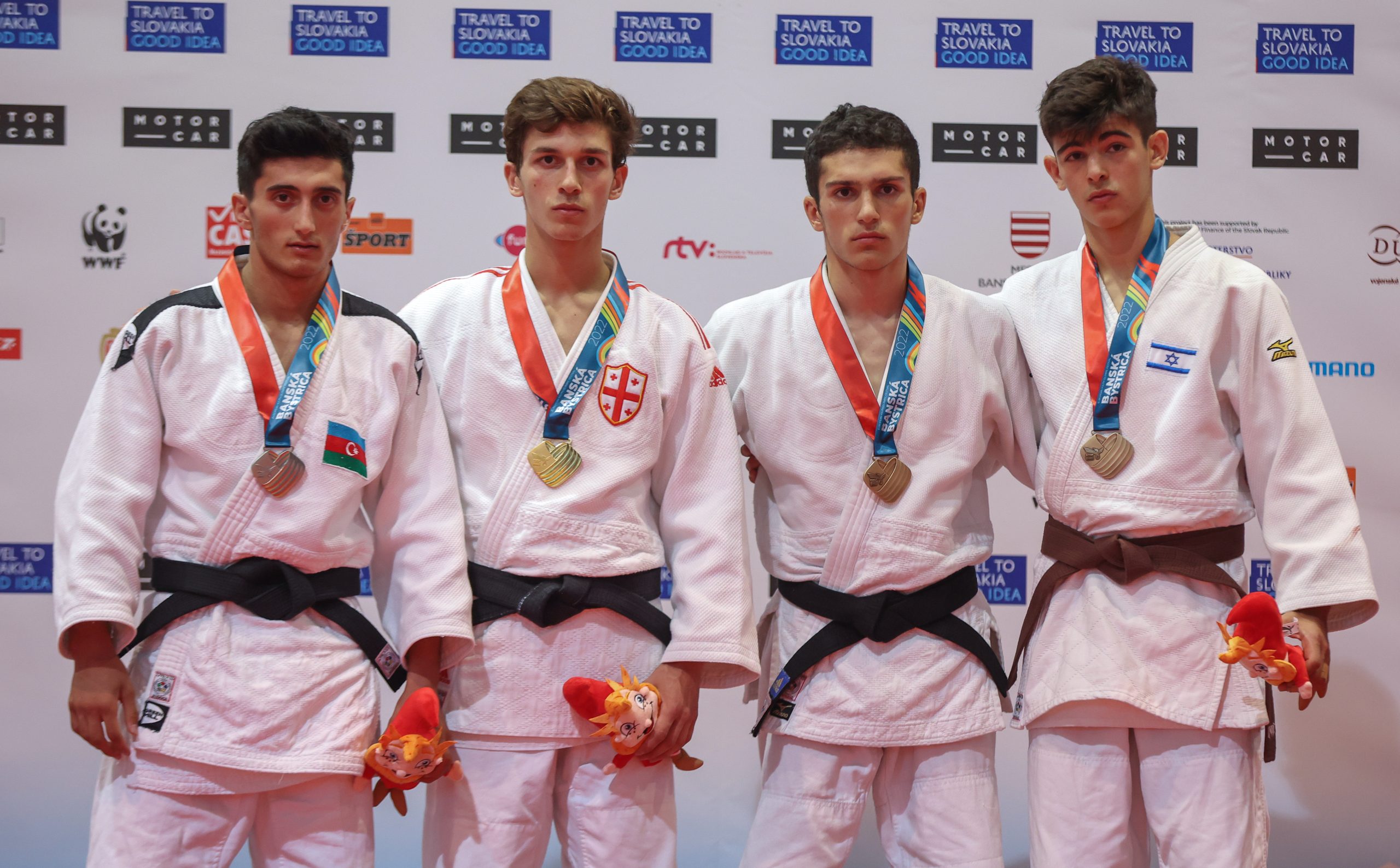 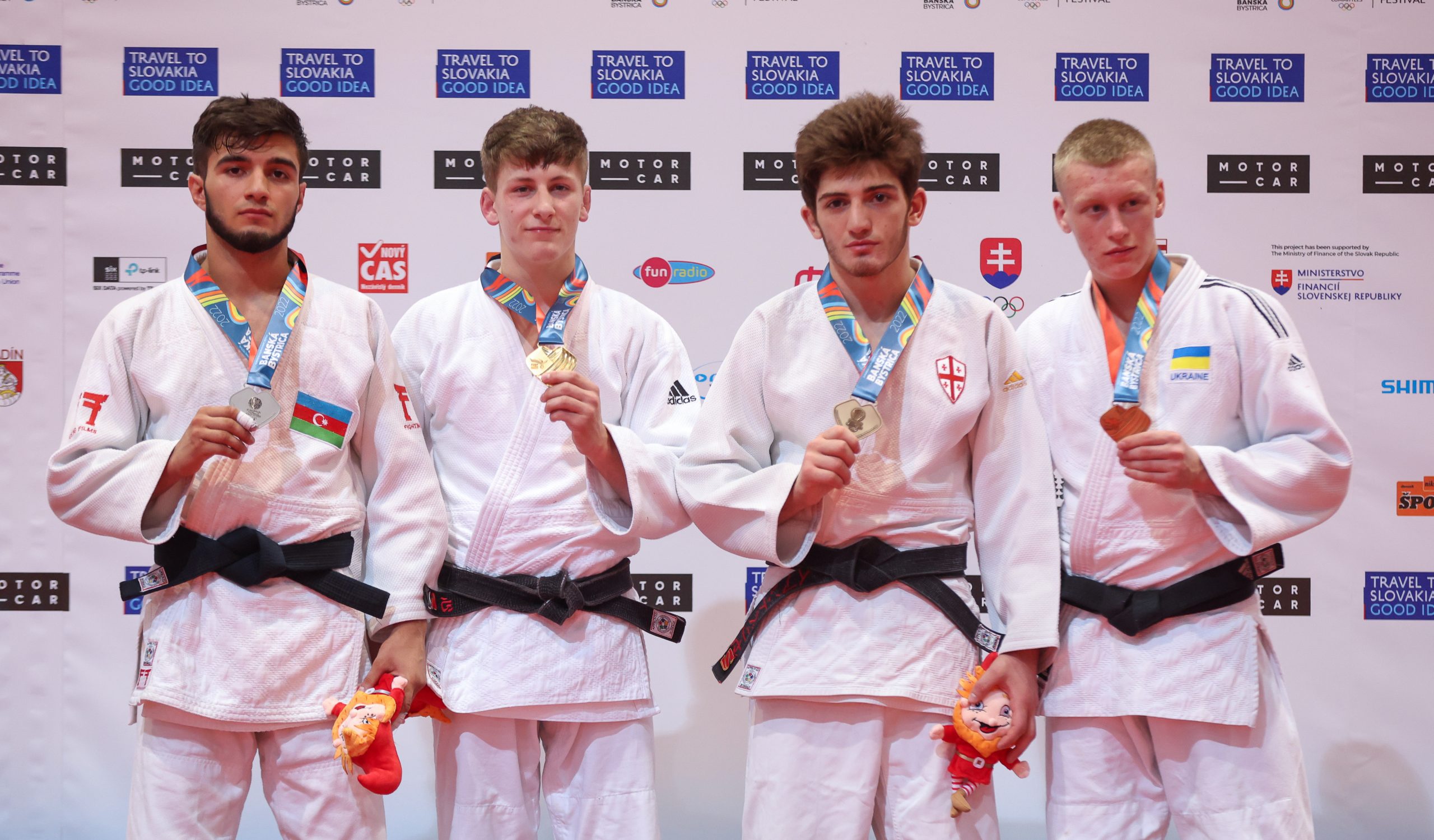