On Sunday 12th June the 10th Cseppkő Integrated Judo Cup was organised at the Cseppkő Orphanage in Budapest, Hungary. This very special competition brought together young judoka, many with specific needs, all competing together for the overall trophy.

The event attracted a number of VIP guests and so the orphanage spent a great deal of time and effort in the preparation of the venue, a fantastic exercise in teamwork, fitting for such an inclusive occasion.

The anniversary Cseppkő Cup welcomed Gergely Gulyas, Minister of the Prime Minister’s Office, Zsolt Láng, the State Secretary for the Central Hungarian Complex Economic Development Zone. Mr Lang had a special connection to the event, as father to one of the participants. Mr Gulyas and Mr Lang were met by IJF President Mr Marius Vizer President and Dr László Tóth, President of the Hungarian Judo Association.

In the presence of the guests, family and friends, Dr Krisztián Herczeg, Director of the Cseppkő Orphanage, made his welcome address and gave the floor to Mr Vizer, who was touched and said, “This is the first time I have been in an orphanage in Budapest but the atmosphere is very familiar. I was born in Tinca in Romania and my childhood hero was Captain Tenkes from a 1964 TV series.” Themes from the series resonated with Mr Viizer and had an impact on him that remains to this day.

“I was 24 years old when I began my coaching career with orphans, where I built one of the largest teams in Romania. It was one of the reasons why I had to defect. Upon my return in the 1990s, to Oradea, I rebuilt the team with orphans, which in 1999 won the European Club Cup, with two Hungarians in the team, Antal Kovács and Imre Csősz. Trust in Judo, as it is one of the best educational sports.”

Csősz went on to become a world and Olympic medallist and is now Sport Comissioner for the International Judo Federation. Kovács success story included him becoming Hungary’s most successful judoka, with both the world and Olympic titles to his name.

In the name of the Hungarian Judo Association, Dr László Tóth gave a welcome speech, “Every time we come home to Cseppkő Street we enjoy a lot of great programmes, all working together, the judoka, the club and the orphanage here.” 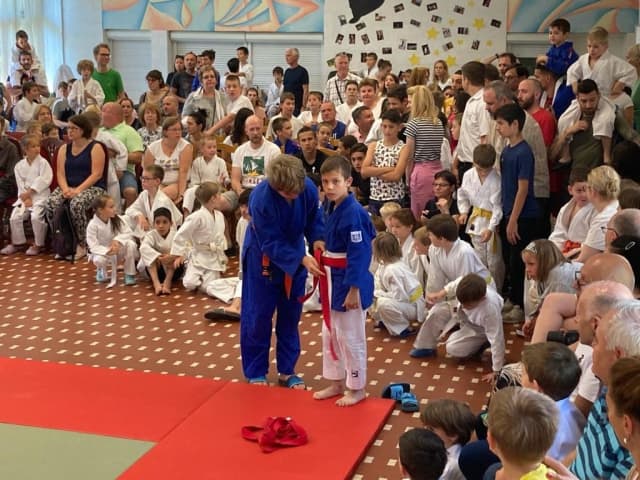 A busy event full of friendship and inclusion

Dr Tóth went on to invite Mr Vizer to share the presentation of a special prize to the leader of the Szépvölgy Judo Club, Mr. Zsolt Kalotsa, for his tremendous success with the integration of special needs children with the existing judo community. Dr Tóth added, “We are very proud to have such coaches in the Hungarian judo family.”

The competition began under the gaze of spectators in a fully packed arena. Judoka of all shapes and sizes, deaf and blind children and others with different challenges, spent the day together on the tatami, fighting for the trophy and creating a lifetime of memories. 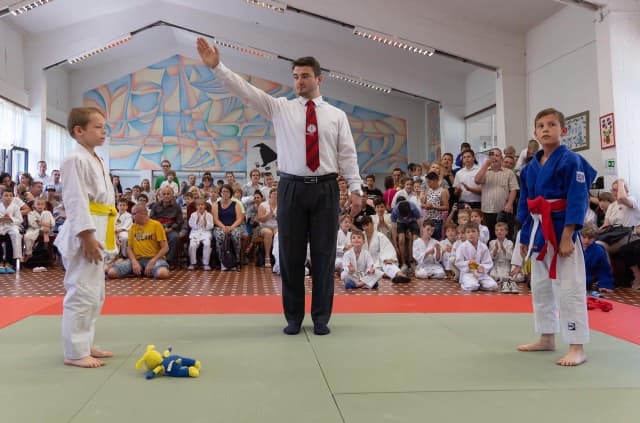 114 young athletes from 12 clubs, including 30 judoka with special needs, participated in this 10th anniversary Cseppkő Cup, which is already, just a day later, in the planning stages for the next one!