It was a very good day for India. Four wins and a draw out of six teams. And lots of things went our way just when we needed them to. So at some point what looked like a normal position between Shirov and Gukesh, suddenly started to turn in Gukesh’s favour. His queenside was slightly open, but he got a strong pawn-mass in the center. So I was quite hopeful there. Adhiban was nursing a small advantage. I wasn’t sure it would actually become something. But that also went our way.

Unexpectedly Pragnanandhaa lost a position which he defended extremely well and probably shouldn’t have lost. Something must have happened in time-pressure. We could still win that match. Then India 1, did not look like producing a decisive result but as it turned out, Mircia-Emilian Parligras got into trouble against Arjun. I think he seemed to be doing well earlier. So something must have gone wrong. And thoroughly India 1 gets a win, So that’s two.

Sethuraman and Abhimanyu (Puranik) managed to win. And that meant we could afford a defeat in Murali Karthikeyan’s game. It’s a pity because he’s trying very hard. But today was just not his day. And so each one of our men’s teams won their match.

In the women’s section, India 1 clinched it, thanks to Tania Sachdev. Vaishali had a beautiful, even nerve-wracking encounter, where in effect, she blundered a rook. But luckily, exactly where white rooks were, she was able to get to draw despite being a rook down and an exchange (bishop for rook) down by being able to push her pawns. That was, you know, quite scary until you saw the right variations. Humpy and Harika had solid performances.

India 2, unfortunately, just never got going against Georgia. And that was quite a convincing win for them. India 3 drew with Brazil after Pratyusha lost to Juliana Sayumi Terao. Peru did beat the USA… so the US women’s team is having a couple of tough days.

In the other matches in the Open section, the US had a result similar to us against Israel, where Dominguez won the match for them after the first three boards ended as draws. England lost to Armenia while France and Poland drew.

Now, I would want the readers to solve a problem from Gukesh’s game against Italy’s Daniele Vocaturo from Round 4.

Gukesh now decides the game with a nice trick. You can try to spot it yourself. Wins a 3rd pawn and the game. 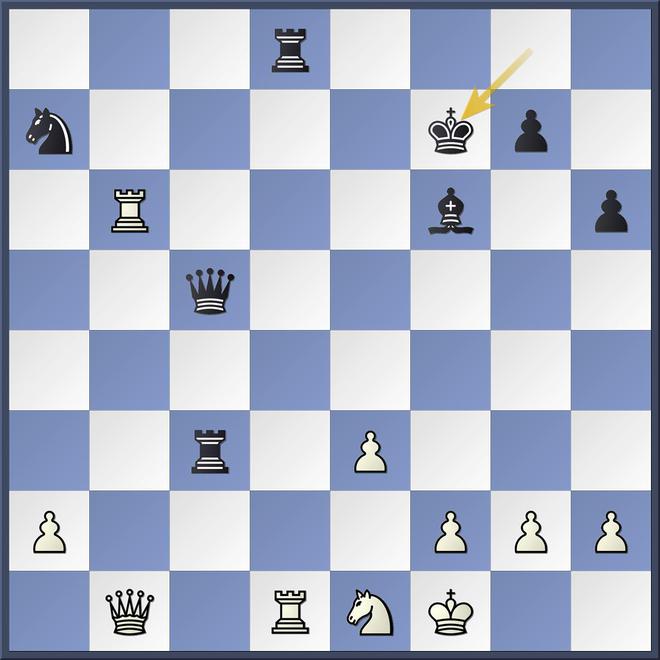 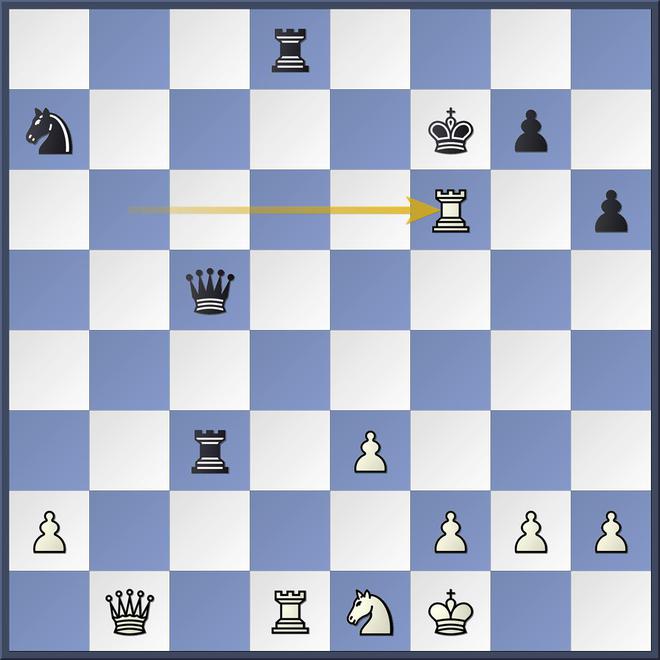 Capturing the bishop means the Black rook on d8 is undefended. 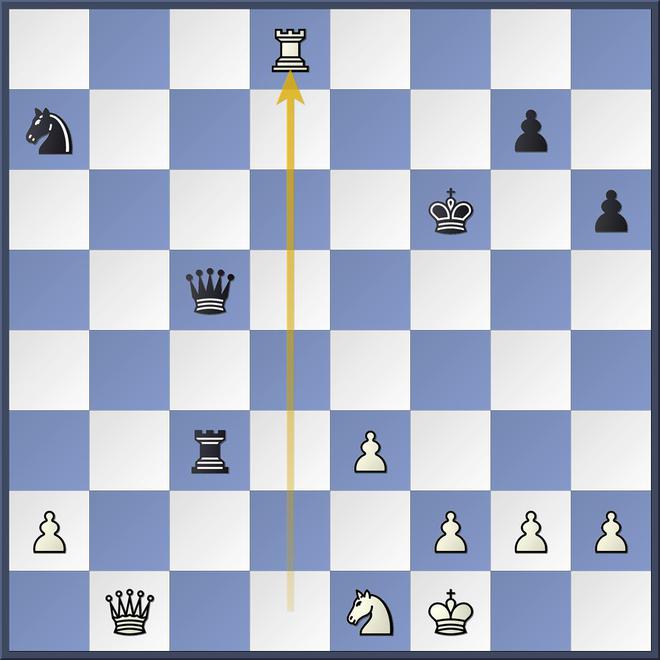 Now White is 3 pawns up. Vocaturo chose a different continuation, but couldn’t save the game.