Before 2021-22, it looked like Sonny Milano‘s career was headed in the direction many other former top prospects’ careers had gone. A talented run of scoring at lower levels, a solid first season in pro hockey, and then a stagnant development track that leads to an inability to hold down an NHL spot. That’s seemed to be where Milano was going.

The 16th overall pick at the 2014 draft, Milano’s puck skills and overall creativity made him an intriguing forward prospect. After a successful year in the OHL in his first season as a Blue Jacket, Milano made the transition to pro hockey, playing in 54 games for the AHL’s Cleveland Monsters. He played decently well, scoring 31 points, and even earned a three-game cup of tea at the NHL level.

From that point, Milan progressed slowly, but steadily. He had another productive AHL year, a few more NHL games, and then finally got an extended look in Columbus in 2017-18, scoring 14 goals and 22 points in 55 games. The offensive talent was there, but Milano’s struggles away from the puck meant that his NHL role was limited and his overall usage inconsistent. Under a demanding coach like John Tortorella, Milano needed to become a more well-rounded player in order to thrive, and he wasn’t able to.

Milano was dealt to the Anaheim Ducks in February 2020 for Devin Shore, and then missed most of 2020-21 due to an upper-body injury. He cleared waivers at the start of 2021-22 and then went on to have the most productive season of his career. In 66 games Milano scored 14 goals and 34 points, and featured in highlight-reel plays as a frequent running mate of superstar rookie Trevor Zegras.

It looked like Milano had finally found a home in the NHL, but earlier this summer the Ducks made a surprising move. They chose not to issue Milano a qualifying offer and let him hit unrestricted free agency, where he remains today. So, why might Milano still be on the market?

Well, it likely comes down to his flaws away from the puck, the holes in his game that have dogged him for his entire career. We know what Milan can do. He can stick with talented players and help finish their plays. He can dazzle with his creativity and help drive offense. But he can also hurt his team away from the puck and struggle to make any sort of impact when he’s not “on.”

His inability to polish his game is likely why he remains unsigned, but that doesn’t mean there’s no place for him in the NHL. Despite the issues in his two-way game, Milano is still an undoubtedly talented offensive player. He’s also still young at just 26 years old, and the combination of his offensive skill level and age isn’t easily found at this stage of the offseason market. Some teams might be weary of his overall profile, but the bottom line with him is that he can help a team score goals, so he’ll find a way to catch on somewhere.

Based on Milano’s profile on the ice, he’ll likely fit best on two types of teams: cap-strapped contenders looking to add some more offensive juice to their attack, or rebuilders who want to take a flyer on a relatively young free agent to occupy a roster spot and protect their current young forwards from being rushed to the NHL. With those two types of teams in mind, there are a few franchises that could make sense for Milan.

One team that makes sense for Milan is the St. Louis Blues. The Blues had one of the deepest top-nines in hockey last year, but the loss of David Perron this offseason means there could be a hole in their top nine that needs to be filled. They don’t have a ton of cap space, but assuming they can find room for Milano he could be a solid add to their lineup. He would have quality linemates to feed off of in St. Louis and would give coach Craig Berube more options as to how to deploy his top three forward lines.

Perhaps most importantly, the Blues have an overabundance of talented forwards who are responsible in their own end, such as Ryan O’Reilly, Ivan Barbashevduck Pavel Buchnevich. Their presence could limit the negative impact of Milano’s poor defensive game and free him up to focus on the offensive side of the ice.

Another club that could make sense on a one-year deal is the New York Rangers. Like St. Louis, they have a wealth of talented forwards to stick Milan with. The Rangers also have a pretty wide-open right side of their forward group, and although Milano is a left winger he could possibly slot in and compete with Vitaly Kravtsov, Kaapo Kakkoduck Sammy Blais for minutes on one of the Rangers’ top-two lines.

One club that is rebuilding that Milan could fit with is the Chicago Blackhawks. He would be a similar signing to their previous deals with Andreas Athanasiou spirit Max Domi, only at a lower cost. Milano would help the Blackhawks fill out their top two lines and keep them from needing to rush Lukas Reichel into a top-six role. The Blackhawks’ roster is among the weakest in the league, and adding a scorer like Milano would be wise in the case that he has a productive first half to his season, as he could then become a flippable asset at the deadline. 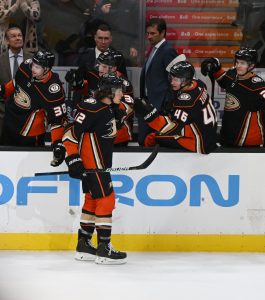 If a free agent is still available in August, they probably won’t be able to issue huge salary demands to interested teams, save for special cases like with still-unsigned center Nazem Kadri. As a result, Milano’s next deal is unlikely to pass the $1.7MM figure he played on last season. A one-year deal at around $1MM seems like the most likely outcome at this point, if he’s getting an NHL contract.

Adding a player in his mid-twenties who scored at a 42-point pace for just $1MM against the cap is a solid bit of business for many teams. But a team will have to be confident in their ability to properly utilize Milano so he doesn’t end up a net negative thanks to his defensive play.

Finding a proper fit in a lineup could be a challenge, but it’s far from impossible. At a cost at or below $1MM, Milano could quickly make it worth the hassle for any team that signs him.