There are plenty of reasons to teach your kids how to play chess. Spending time together on a shared interest can strengthen your connection to each other, support your child’s personal growth and self-confidence, and even boost their STEM skills. Importantly, it can also be lots of fun!

Of course, how seriously you take studying and how far your child’s chess journey goes depends on many different factors. If they’re aiming to become the world’s youngest grandmaster, you’ll likely need to enlist a professional chess coach at some point. In most situations, however, there should be plenty of knowledge for you to share with your kids—especially if they’re just starting out.

Here are important tips on how to teach your kids chess effectively while having fun in the process.

Teaching Chess To Kids: A Step By Step Guide

Learning a new skill can be frustrating. It’s important to be positive and encouraging when teaching kids how to play chess. Losing or not understanding something can be a learning opportunity rather than a setback or a disappointment. Remind them that the world’s greatest players have lost thousands of games, and praise your kids when they analyze their games and discover solutions or alternative moves that they could have played instead.

One of the first tournaments I played in was an under-20 championship in Montenegro… I blundered several times and was checkmated with one second on the clock. I started crying immediately, and my dad tried to console me by telling me that losses are part of the game, but I replied: ‘I’m not crying because I lost. I’m crying because I cannot win the tournament now!’ He started laughing and told me: ‘You’re going to win next year’—which ended up coming true! – WIM Tijana Blagojevic 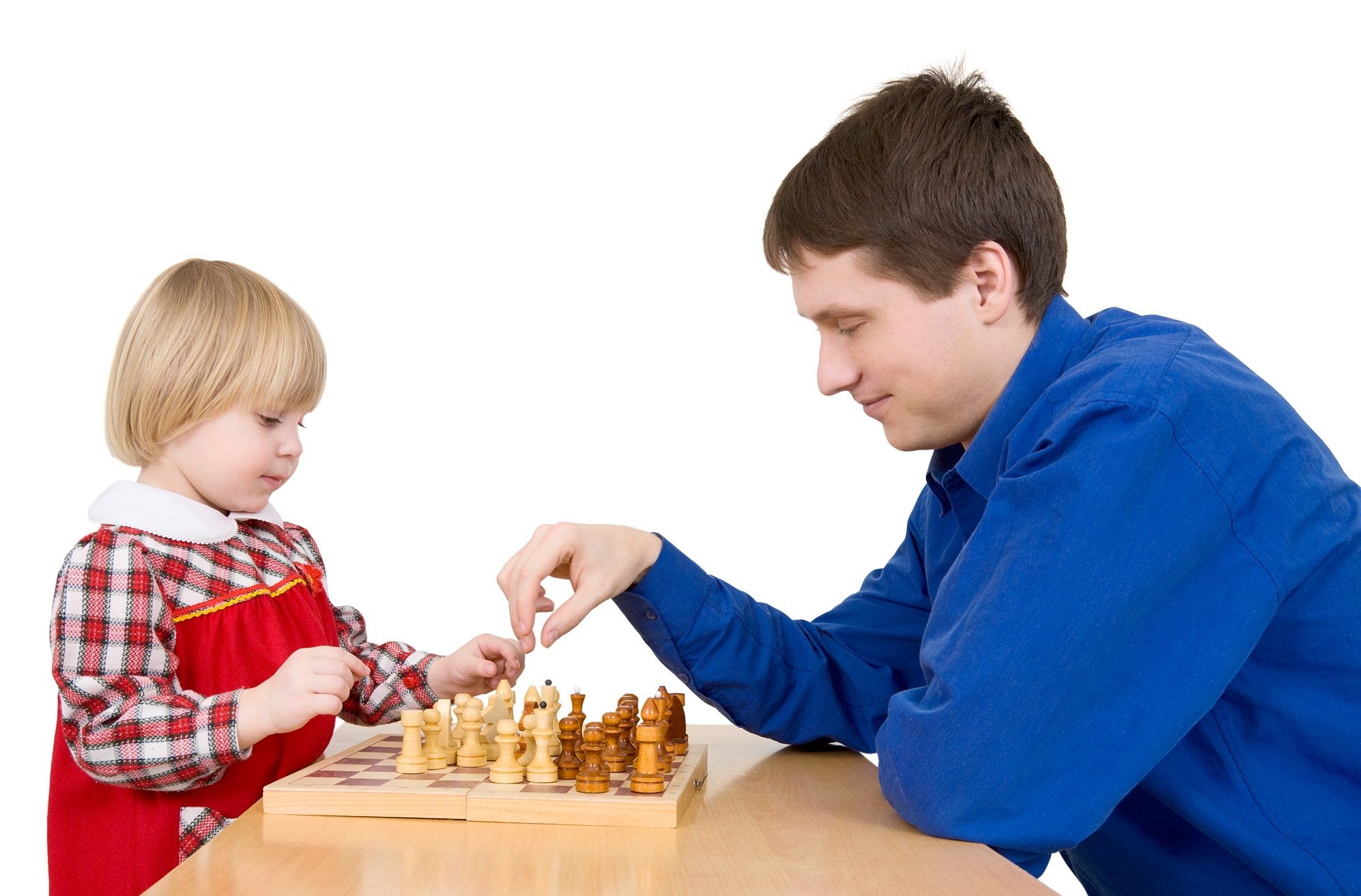 Rome wasn’t built in a day, and kids aren’t built with an innate understanding of chess pieces and how they move (if your newborn instinctively moves the knight in an L-shape, please find your nearest chess club and enroll them immediately ).

Your kids are going to make mistakes. They’re going to fall for the Scholar’s Mate at least twice before they learn how to defend it properly. Every new concept and tactic will take a while to fully sink in through practice and gradual understanding. Don’t try to rush multiple concepts at once, and try to focus on one thing at a time. Your kids will thank you, approximately 25 to 30 years later.

My father often played chess with his friends and my older brother. That was the way I got involved in chess. At first, I just ruined their games by throwing the pieces off the board, but then I learned the basics and started trying to play against them. – FM Amir Hadzovic 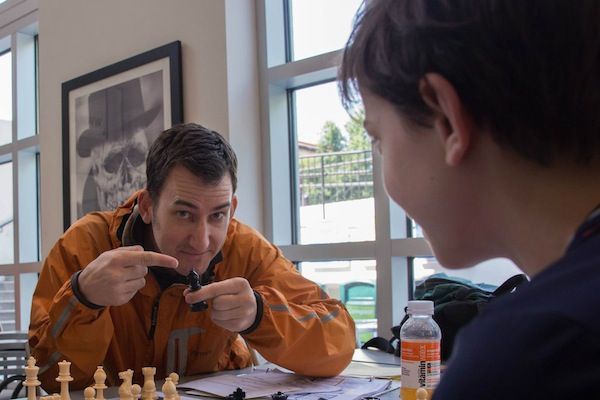 Keeping things fun is important for everyone involved. Aside from encouraging kids to love chess by associating it with fun times, it’s also simply the best way of keeping their attention. Luckily, kids love games, and that’s exactly what chess is. Use their neuroplasticity to your advantage and get them to have as much fun as possible while learning chess at a young age—the information is much more likely to stick, giving them a solid base for the future.

It also means that you get lots of one-on-one time together, which is something that they’ll remember forever.

I was six years old, it was a winter afternoon, and my father taught me how to play using some magnetic pieces that we found lying around our house. We had to draw the board on a sheet of paper, and my father barely remembered how to play the game. Later I found out that we hadn’t even placed the king and queen properly—but we had a great time anyway! – IM Alberto Chueca Force 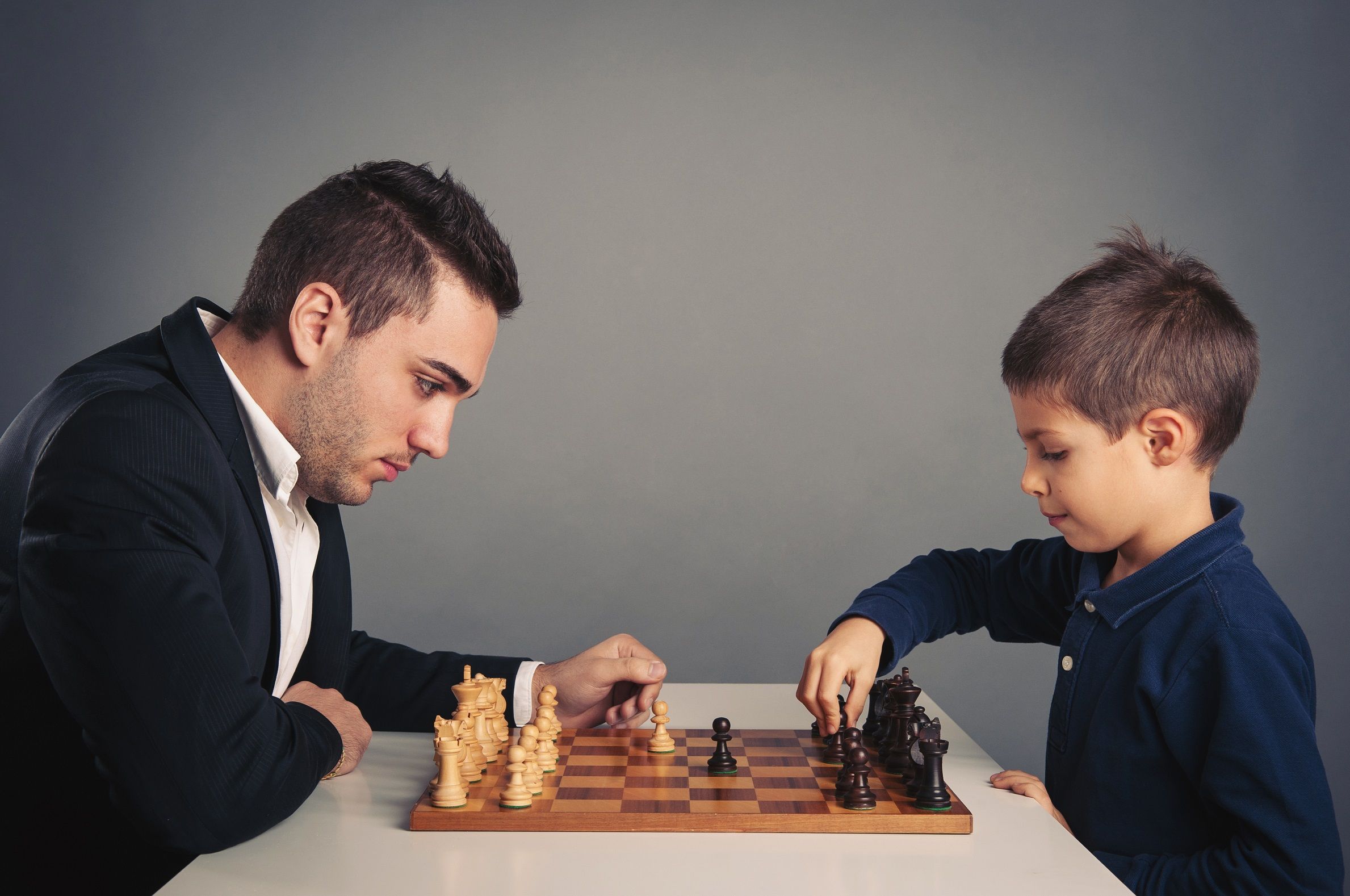 To make sure your kids get the most out of their chess-studying time, make sure you have a consistent schedule. Whether it’s once a week or once a day, find a time that works for both of you and stick to it as much as possible. Doing this is also a good way to encourage them to form healthy habits and discipline.

If you’re looking for an easy, professionally designed schedule, the ChessKid Planner offers a week-by-week (and entirely free) learning trajectory for you and your kids to follow. You can also use it as a basis and customize it according to your needs. If you want to spend an entire lesson on fun back-rank checkmates or double-knight attacks, there’s nobody stopping you!

Games against my dad were probably the highest-quality games I got to play as a kid. Although he wasn’t a competitive chess player, my dad loved to bring both of his knights out as quickly as possible. They are the trickiest pieces to defend against for a beginner. Facing the knight pair this early in my development was probably more beneficial for my chess than we both realized at the time. – Jack Rodgers, Australian chess team captain 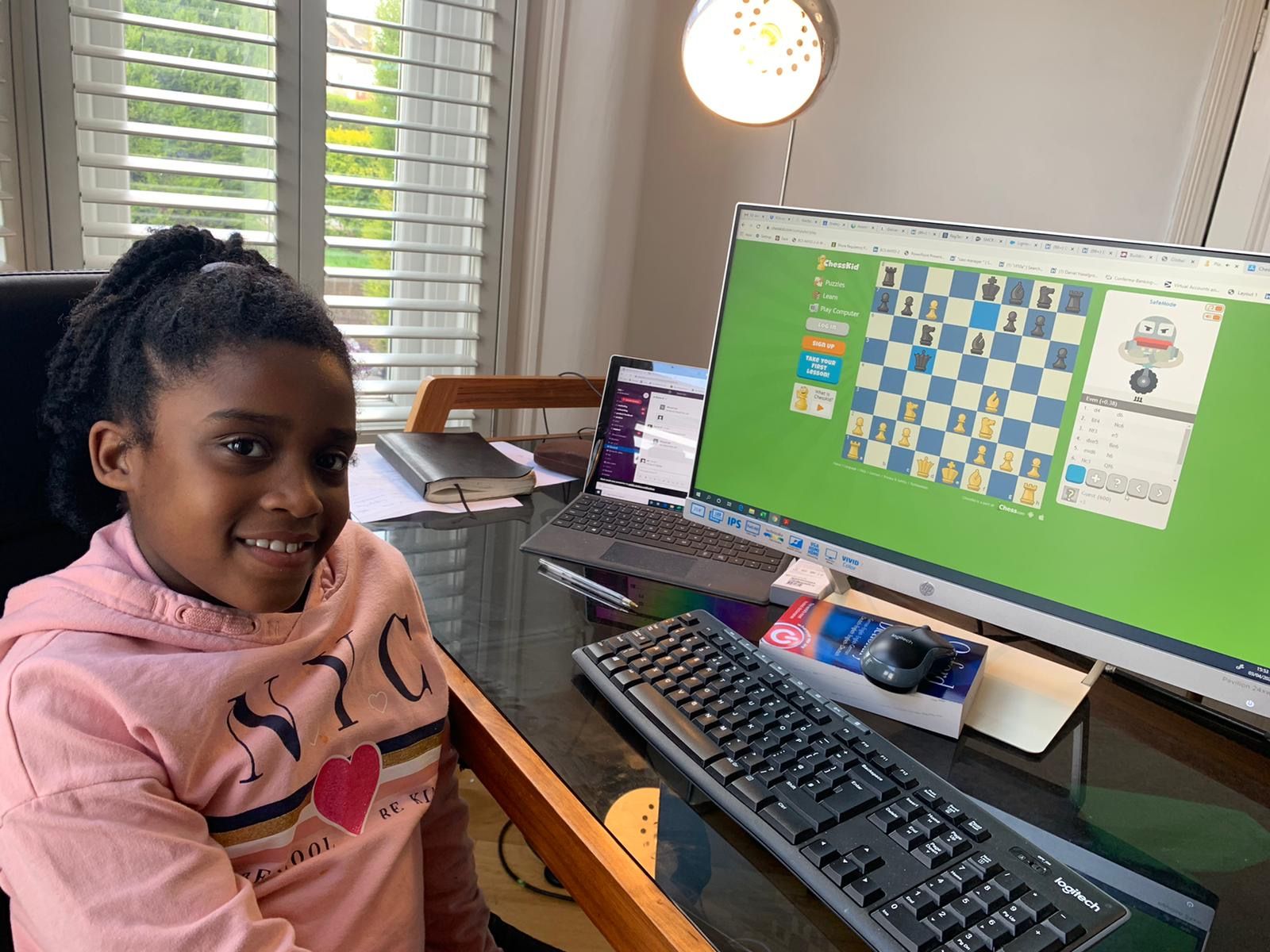 If you can get your child in the habit of independent learning, that’s a major success that will set them up for great things to come. Studying for an important test at school? Instead of stressing out, they can think back to studying chess and realize that they’re actually more than capable of sitting down and learning by themselves. Just don’t be surprised when they try a tricky new tactic on you unexpectedly…

My dad and I would play for hours, and I lost every game for two years straight! When I beat my dad, it all changed for me. – FM James Canty III

Consider giving your child access to useful online resources like ChessKid.com or Chess.com. ChessKid, in particular, is great for kids with articles, puzzles, lessons, and fun chess-based videos that can teach aspiring chess masters a thing or two while also keeping them entertained. Kids learn in many different ways, and adding a visual dimension (as well as the opportunity for independent, self-paced studying) can be hugely beneficial in your child’s learning more about chess.

As soon as my son had ChessKid, he was hooked. He would wake up in the morning and go straight to his computer to watch videos, solve puzzles, and play games of fast chess. The longer my son used ChessKid, the more difficult it became to beat him. It became so difficult that I signed up for a ChessKid account and would secretly do puzzles while my son slept. To be honest, it helped me. – Bradley Wallace, Chess Dad 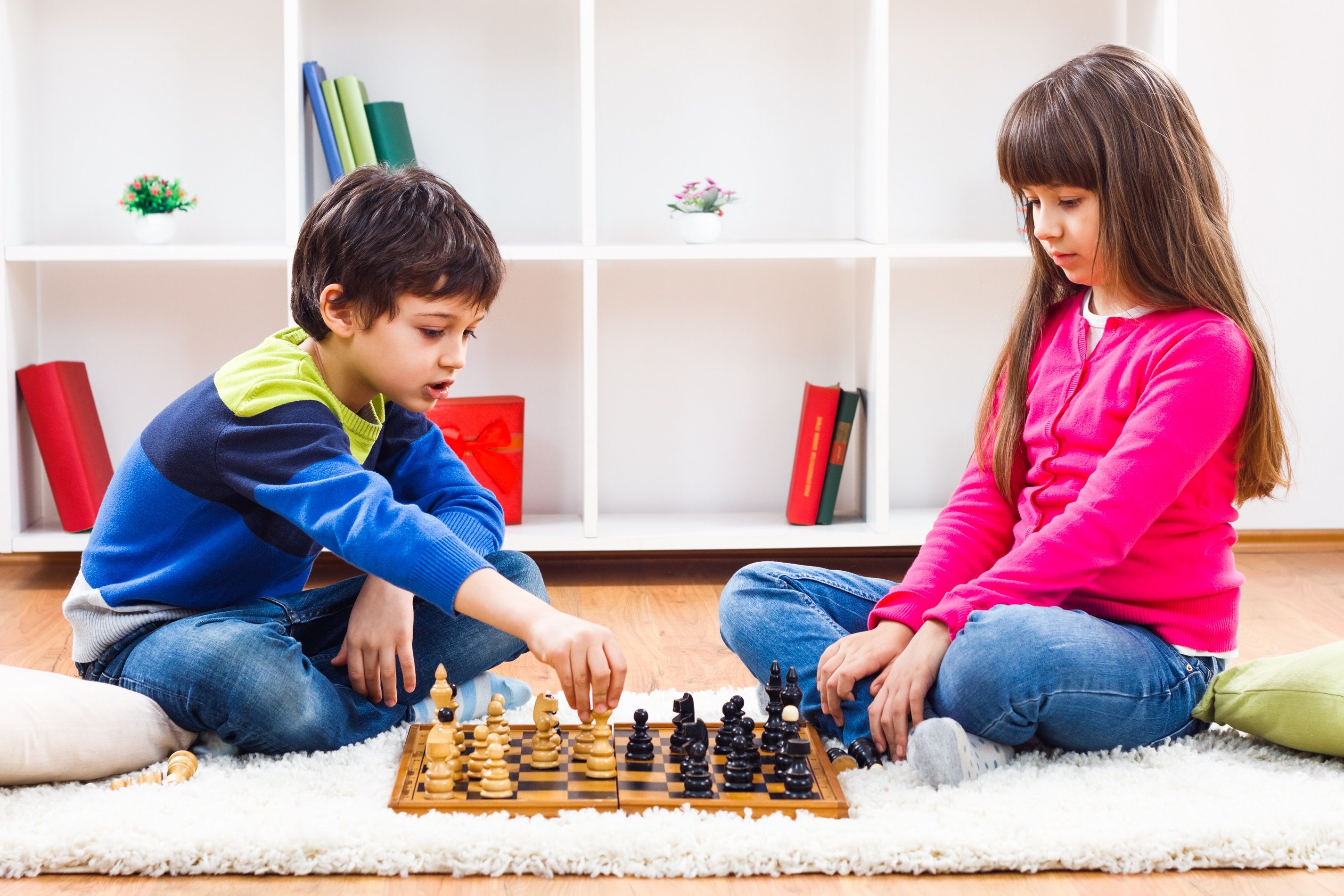 Whether your child is a social butterfly or more on the introverted side, it’s a great idea to add a social dimension to chess. Most kids love to learn with others, and playing chess together can be a great way to encourage children to practice their social skills and gain self-confidence in a comfortable environment.

Do your kids have friends at school who are also interested in learning the game? Encourage them to learn together. It’s also entirely possible for them to make friends online on ChessKid, where they may find their new best chess friend/rival.

My mom told me that there would be a tournament at the local park and that I could participate if I wanted to. Of course, you said yes! She prepared me by teaching me the Scholar’s Mate. Not knowing that all the other players were familiar with it, I attempted to checkmate them—to no avail. – WFM Fruzsina Szente-Varga

When making incremental progress, it’s easy to lose track of just how far you’ve come. A 500 Elo rating is a significant step up from not knowing how to move the pieces. Playing in an over-the-board tournament for the first time and overcoming all the anxiety about entering it is a big deal. Make sure you keep these achievements and milestones in perspective and provide positive reinforcement as well as practical tips for improvement. 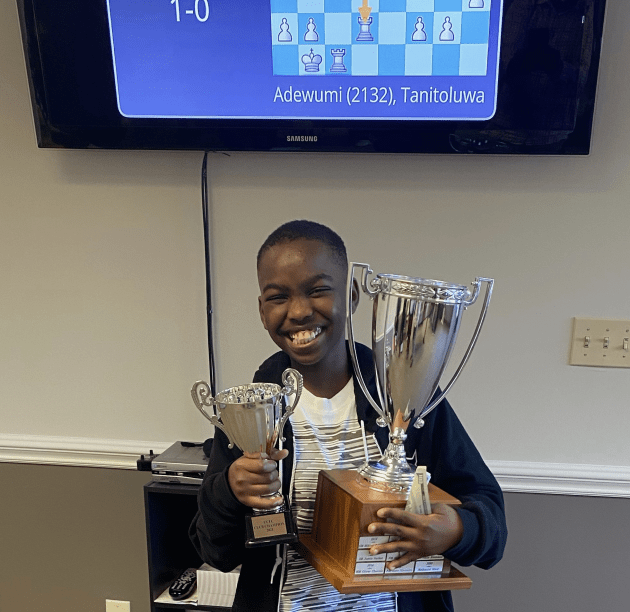 My best memory from chess is the moment when I called my father and let him know that I won the World Youth Championship. After a long silence, he told me that it was the biggest birthday gift he had ever received. – WGM Keti Tsatsalashvili

At the end of the day, no matter what your personal chess level is, you can play a crucial role in supporting your child as they learn how to play the game. Teaching your kids how to play chess can be a fun and rewarding way to strengthen your relationship together, and give your child some great skills to use in other aspects of their life.

Whether it’s sitting down with them and going over advanced tactics and puzzles, or the simple act of being there for them and encouraging their learning as much as possible, they’ll benefit from your support more than you might think. Who knows, maybe one day you might be reading an anecdote about how your sessions inspired them to become one of the world’s top players?