Every year, in probably every college football team, a first-year player comes in and makes an instant impact.

Although the class was 23 deep (when you include Andrew Gentry), there are a lot of candidates to be instant impact players. Even though we have a good idea of ​​some players already who are likely to find themselves in the two-deep, there are others — particularly in positions of need — that could make a splash in year one.

Here are our top 10 choices, ranked from last to first, of freshmen who could find themselves on the field early and often in 2022.

Stokes has the benefit of coming aboard where there is an area of ​​opportunity. Well, he hasn’t played a down of college football yet (no one on this list has, obviously), but with Hassan Haskins having departed for the NFL, there’s no established short-yardage back waiting in the wings.

Of course, second-year tailback Tavierre Dunlap and walk-on Leon Franklin (who saw time in 2021) could have something to say about it, and of course, Michigan could do what we saw in the spring game, switching Kalel Mullings over to the offensive side to go along with playing linebacker. But Stokes, who comes in at 5-foot-10, 196-pounds, very well could fulfill that role — if he works hard and plays his cards right.

An extremely athletic, speedy player, the Concord (Calif.) De La Salle product could be an instant-impact type of freshman.

The fact that the Wolverines have to replace last year’s two starting safeties also provides an opening for the California product, although he has a steeper learning curve than another player at the position who arrived on campus in January.

The freshman receiving corps is being ballyhooed similar to the group that arrived in 2017. But unlike that group, Michigan won’t need to rely on them right away, given the depth at the position.

Still, hailing from Ponchatoula (La.), the 6-foot-3 receiver, like anyone who arrives in their freshman year, has the ability to impact the game right away.

He’s not our first pick at the position, but being a full-go during spring ball gives him an advantage, as he’s already familiar with the system and has had two conditioning cycles at the college level already. 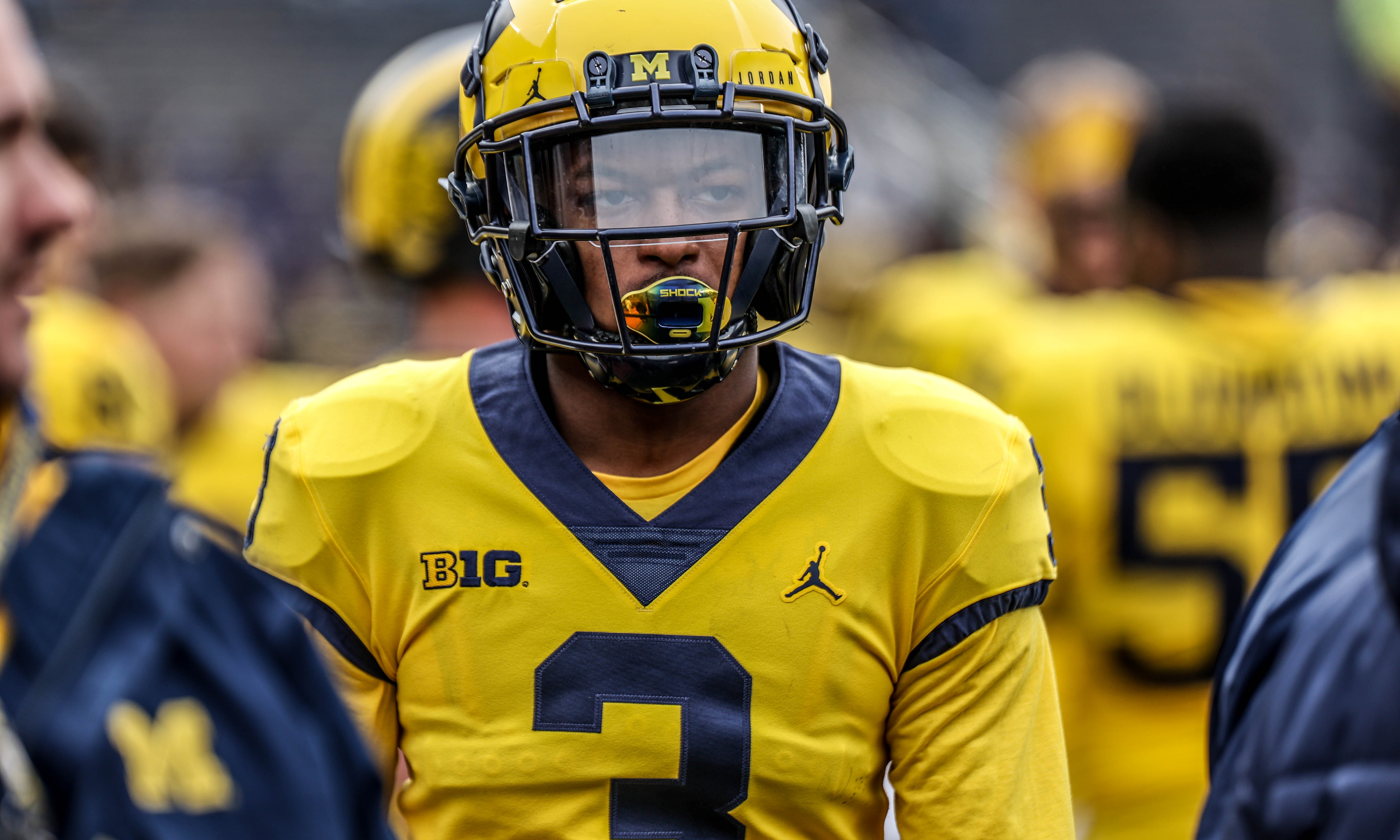 Like Berry, Sabb has an opportunity given the lack of established starters at the position. Unlike Berry, Sabb was an early enrollee, thus getting his feet wet through the winter-spring-summer cycles.

While he made some freshman mistakes in the spring game, the once-upon-a-time five-star (he finished as a four-star) has elite athleticism, and could figure into the defensive backfield rotation, if not on special teams. His experience playing at IMG Academy for his senior season is a bonus. 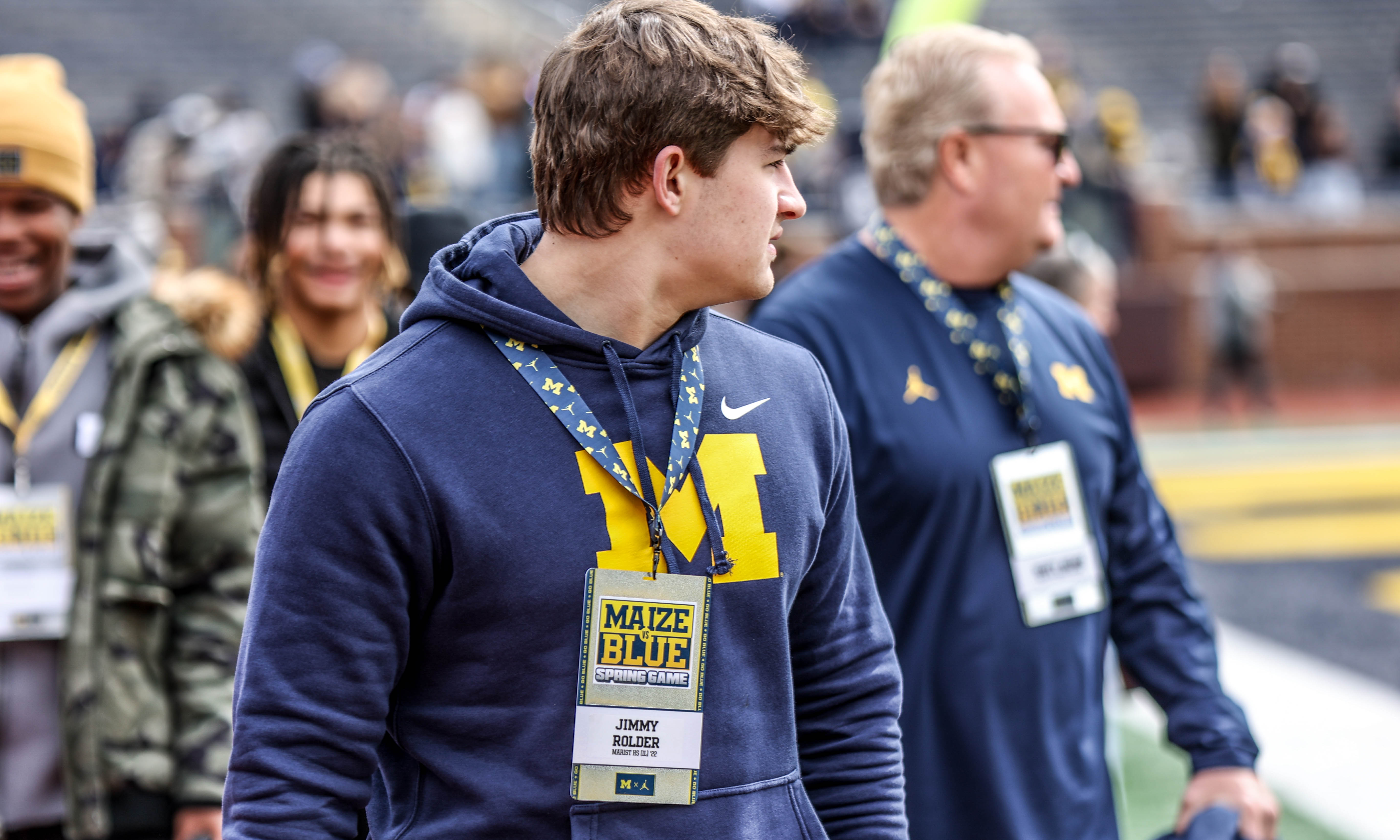 Jim Harbaugh waxed poetic about the Marist High School (Ill.) linebacker, noting that he just reminds you of the old-school Big Ten linebacker. He arrived on campus this summer, but linebacker is another position group that doesn’t have much established depth. Even when it has, we’ve seen freshmen permeate the two-deep, as we did with Junior Colson last year, and Devin Bush back in 2016.

At 6-foot-2, 228-pounds, Rolder already has college-ready size, if he can put that and his ability to use, he could find himself seeing early minutes. 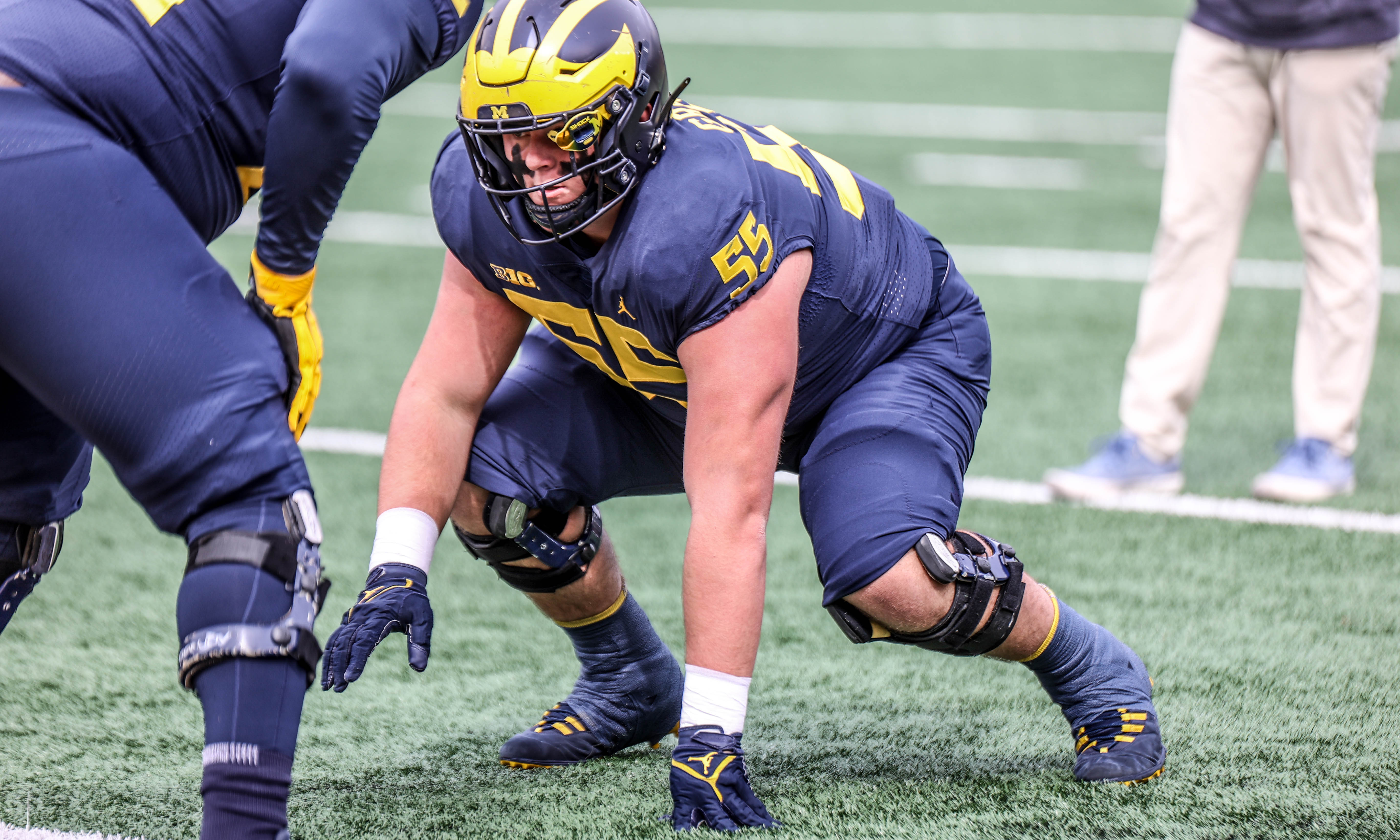 Astonishingly already coming in at 317-pounds, and at a position of need, the early-enrollee figures to be a factor in a rotation that needs bodies — and the ability to rush the passer. Hailing from Anaheim (Calif.) Servite, Graham already has college size, despite never having played a down of non-spring college football.

He’s drawn rave reviews throughout spring ball, and is expected to be a contributor this season, even in his first year. 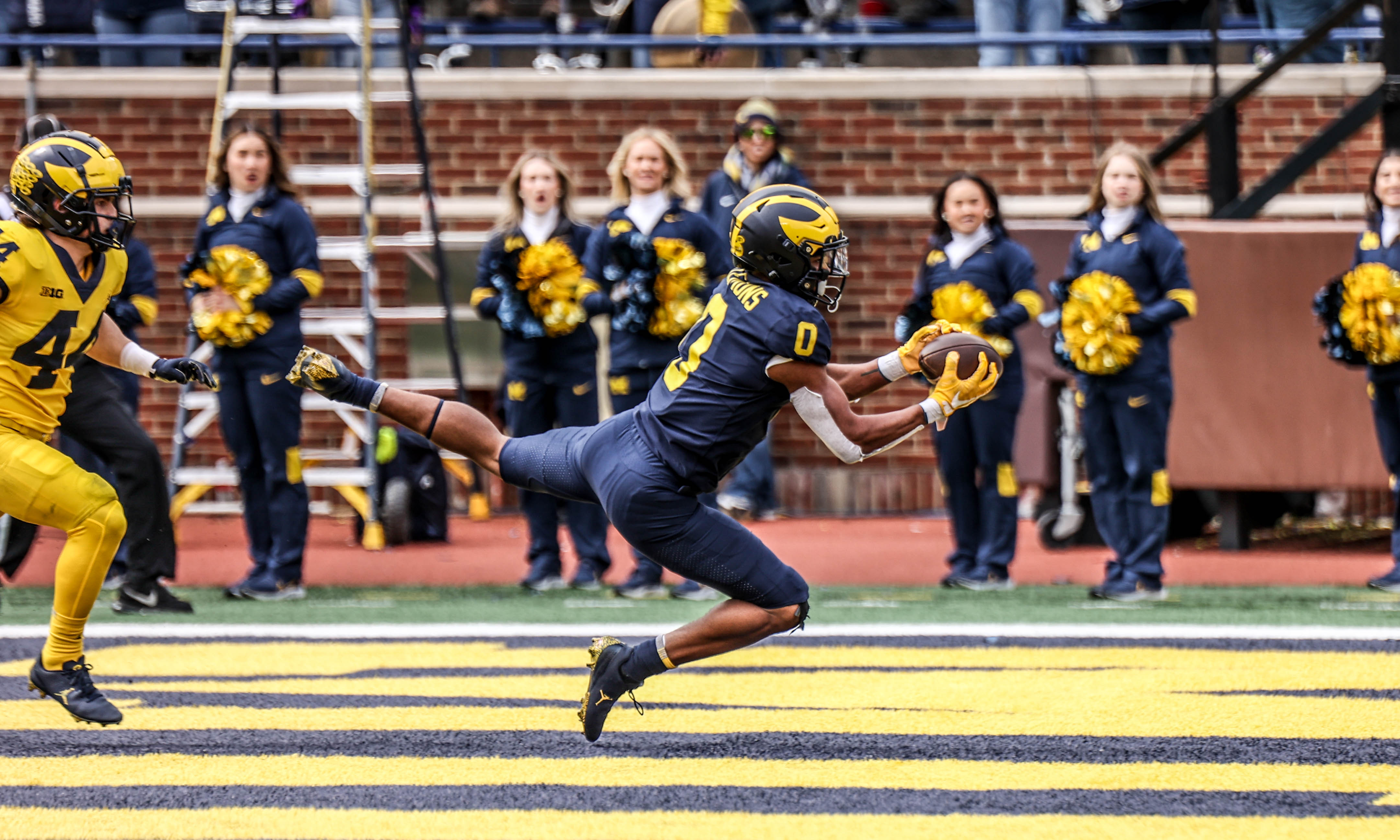 Talk about players already being ready to play. Clemons looked the part of an established receiver right out of the gates in the spring game, scoring an impressive diving touchdown (above).

It’s an absolutely loaded position group in an offense even more loaded with weapons. However, Clemons already has college size at 6-foot-3, 214-pounds, to go along with having a reputation as being incredible at route running and getting separation.

He came in college ready, the bigger question is how do the Wolverines fit him in? 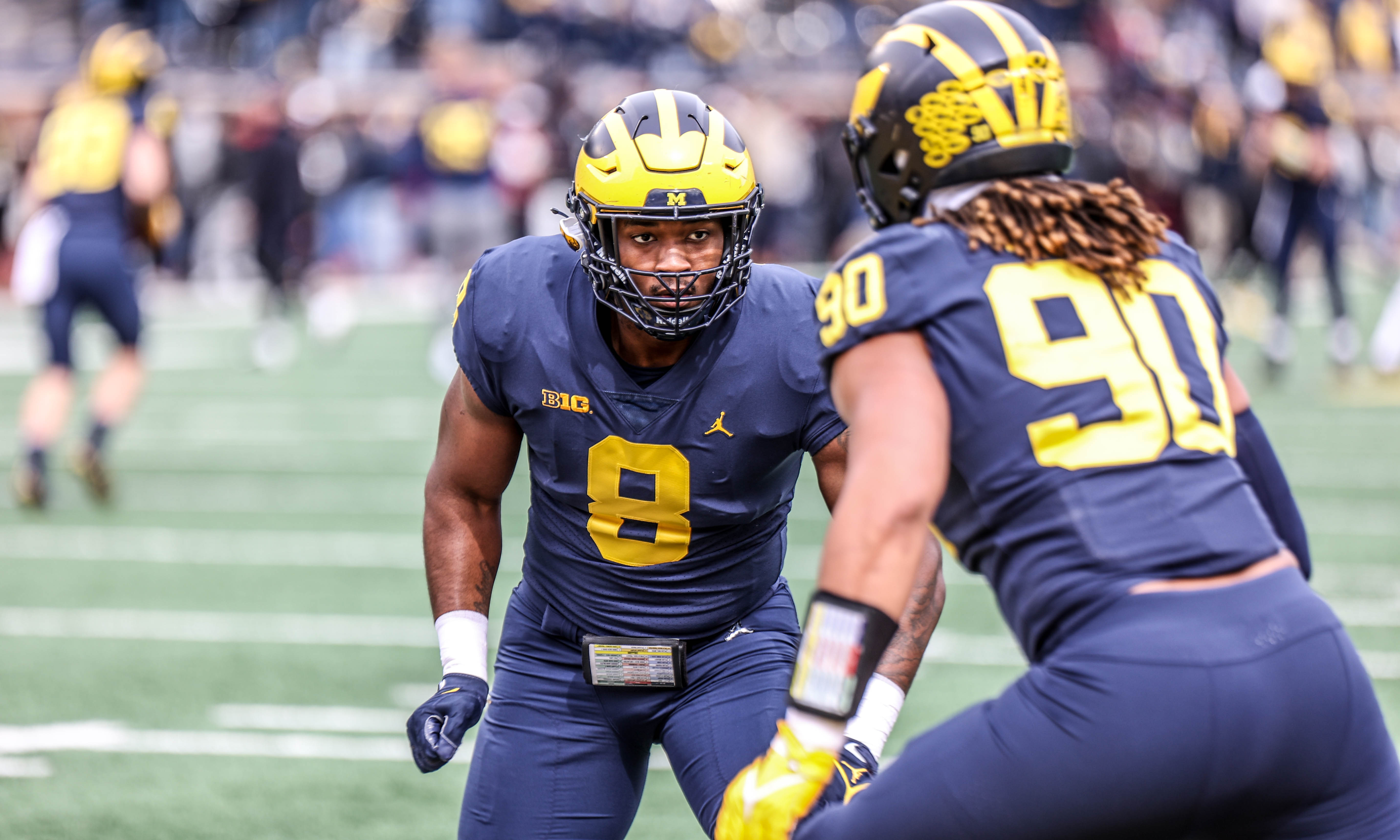 When the Baltimore (Md.) St. Frances Academy four-star arrived on campus at 250-pounds, it was thought that he would be an easy drop-in at edge rusher. That still might be the case, but in his fall weigh-in, Moore came in at an astonishing 279-pounds. Now with the ability to play inside or out, the Oklahoma decommit who was already thought to be an instant impact player could impact the field from multiple positions.

He looked the part in the spring game, the question now is how it carries over to the college game when bullets are flying live.

Jim Harbaugh apparently raved about Grant to The Athletic’s Bruce Feldman at Big Ten media days last week, which made us wonder — is the mystery freshman that Harbaugh alluded to at his podium session?

Either way, the Merrillville (Ind.) product enters the 2022 season with the distinction of being Michigan’s largest player at 357-pounds. Again, at a position of need at defensive tackle, and reportedly having a good start to fall camp, it seems evident that he will see the field early and often, and could be a potential difference-maker in year one. 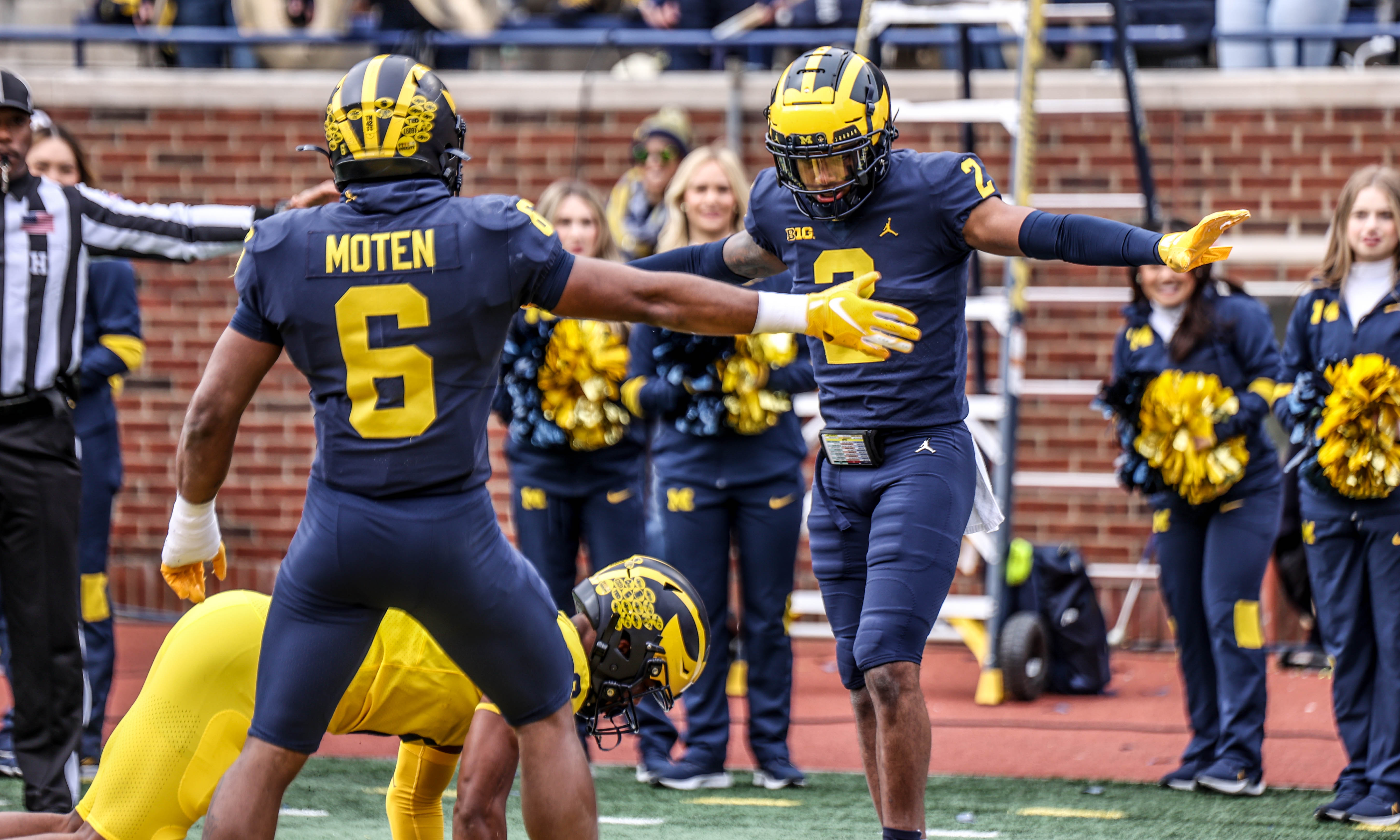 Michigan’s resident 2022 five-star and legacy, Johnson is the obvious choice for No. 1 on our list.

He’s the only one of the first-year players that very well could win a starting role (at cornerback) right out of the gates, potentially beating out experienced elder statesmen who have started many games, like Gemon Green.

Johnson is tall, fast, athletic, instinctive, and an absolute ball hawk. It’s in his and Michigan’s best interest that he’s ready to go in his first year. Generally, five-star players do see the field early, so there’s no doubt that he will. The question now is more: is he a starter or does he platoon with another player?

Either way, we’ll see plenty of Will Johnson this year.