Today is Day 19 of the Saratoga Race Course meet. Racing starts at 1:05 pm

RECENT STORIES FROM THE DAILY GAZETTE AT THE TRACK

It wasn’t a masterpiece.

It didn’t need to be.

But only one factor mattered this time, and aesthetics wasn’t it. Compared to the workouts and preparation Life Is Good had flawlessly performed at Saratoga Race Course leading up to the 95th $1 million Grade I Whitney, hitting the wire first was the only acceptable outcome.

And Life Is Good did that, over a tough track that had taken some rain on a sweltering day, steered by jockey Irad Ortiz, Jr. in front of stablemate Happy Saver at the eighth pole and ultimately proving to be the best horse on the track and perhaps in the country.

Trainer Wesley Ward’s excellent weekend at Saratoga Race Course started on Friday, when his turf sprint star Golden Pal won the Grade III Troy by a head, having been bet down from 1-2 on the morning line to 1-5.

Matareya, riding a four-race winning streak by a combined 22 1/4 lengths, went off at identical odds in the Grade I Test for 3-year-old fillies on Saturday.

But she finished third, and it was Ward’s 17-1 long shot, Chi Town Lady, who pulled off the huge upset while ridden by the red-hot Joel Rosario.

Paula Curtis-Carter stood in front of the dozens of people assembled at the Principessa Elena Society in Saratoga Springs on Thursday. She held aloft a cup containing a couple of fingers of Guinness, preparing to lead a toast to her husband Allan Carter, who died in April.

Before spending 15 years as the historian at the National Museum of Racing and Hall of Fame, before spending 30 years as a law librarian at the New York State Library in Albany, Carter had joined the US Army, learning Russian in a nine-month intensive language program before being posted to Japan.

A man from Glens Falls, toasted in Russian and Japanese, with an Irish beer. And that just begins to tell the multifarious story of a man whose name became locally synonymous with racing history.

Her name didn’t appear in the 2012 Saratoga sales catalogue, but only because she didn’t have a name yet.

It has appeared on T-shirts hand-printed by fans. And according to one woman’s Twitter account, the name wound up on her baby’s birth certificate.

On Friday, it finally appeared on a plaque at the National Museum of Racing Hall of Fame.

The popular Tepin joined Beholder as the only inductees in the contemporary category as the Hall of Fame celebrated the Class of 2022 at Fasig-Tipton’s Humphrey S. Finney Pavilion.

Royal Ascot was a major disaster for Golden Pal.

Fortunately for him and jockey Irad Ortiz, they were able to avoid a minor one in the Grade III Troy at Saratoga Race Course, helped in part by a recent shift in training approach.

And the fact that Golden Pal is just really fast.

Leaving behind a last-place finish on the international stage in June, when Golden Pal missed the break and was essentially eased by Ortiz in the Group 1 King’s Stand, Golden Pal shook off an awkward start in the Troy and edged ahead of True Valor late , while also holding off a charge from long shot Thin White Duke, to win.

“Chatting at the track with … David Aragona,” by Will Springstead with photos from Erica Miller

David Aragona is what one might call a numbers and rhythm guy.

As a dual major in computer science and music at New York University, Aragona found a way to work in both music – Carnegie Hall, specifically – and horse racing before settling on horse racing.

“I use very little of either one these days,” Aragona said, chuckling, about his two majors.

He currently works for the Daily Racing Form as a TimeformUS analyst, in which he basically analyzes races to suggest horses and things to watch to the public. He’s also the linemaker for the New York Racing Association tracks.

“Borisenok, Brown Road Racing encouraging women to get involved with thoroughbred ownership,” by Teresa A. Genaro with photos from Erica Miller

Michelle Borisenok may have raised a few eyebrows with her comments at a conference for new and existing racehorse owners last week.

“It’s not so much about winning,” she said of Brown Road Racing, a partnership that she founded in 2018. “For us, it’s about education and it’s about the experience.”

A week later, talking at her farm overlooking Saratoga Lake, she elaborated on that mission.

She created Brown Road Racing to attract and educate women about the experience of thoroughbred ownership, a natural progression from the women’s leadership work she’s been doing for decades. A graduate of the College of Saint Rose in Albany, she is an honorary member of the college’s Women’s Leadership Institute, to which she and her husband Walt donated $1.2 million to renovate the Institute’s Albany headquarters, which is now named the Michelle Cuozzo Borisenok ’80 House. Among the building’s uses is as housing for BOLD Women’s Leadership Network Scholars. Through centers at six Northeast institutes of higher education, BOLD “cultivates courageous leadership” for students and graduates of the member institutions.

~ Sign up for The Daily Gazette’s horse handicapping newsletter ~ 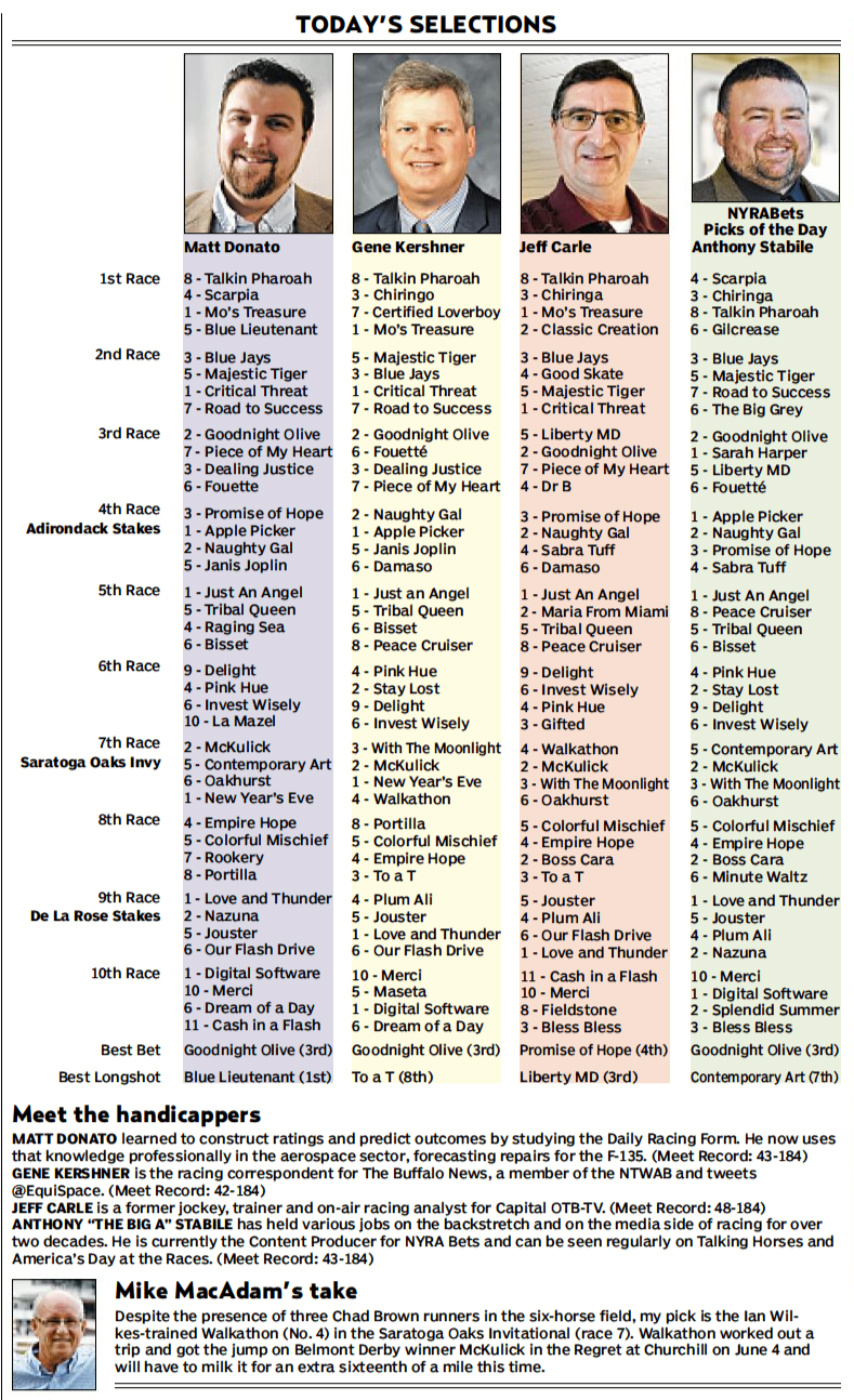 More from The Daily Gazette:

Categories: At The Track, Sports