Who are rugby’s movers and shakers? In the new issue of Rugby World magazine, we count down the 50 most influential people in rugby right now.

It’s a list we pull together every two years and there have been plenty of changes since 2020, with Bernard Laporte named the most influential person in rugby this year.

As well as revealing the game’s biggest powerbrokers, we look ahead to the Rugby Championship, look back on the international mixed ability tournament in Ireland and find out how the world’s best women’s teams are preparing for the Rugby World Cup.

If you can’t get to the shops to buy a copy, you can order single issues online and get the magazine delivered directly to your door – click here and select Rugby World‘s September 2022 issue. Plus, check out Rugby World‘s latest subscription offers.

1. 50 Most Influential People in Rugby

Certain positions in rugby hold obvious power; other people prefer to stay out of the spotlight but are still shaking up the sport. Then there are those whose words and deeds can inspire. All features on our comprehensive list

2. Ten Years of the Rugby Championship

A decade has passed since Argentina joined the southern hemisphere party. We look back at significant moments on the timeline

The Gloucester, Wales and Lions wing covers safaris, surprises and superpowers as he takes part in our Downtime Q&A

The Springboks’ kicking tactics aren’t cutting the mustard, says Sean Holley. He explains why they must evolve their game

The hard-running Brumbies No 8 is packing a punch for the Wallabies. We talk to his coach and look at the stats to find out more 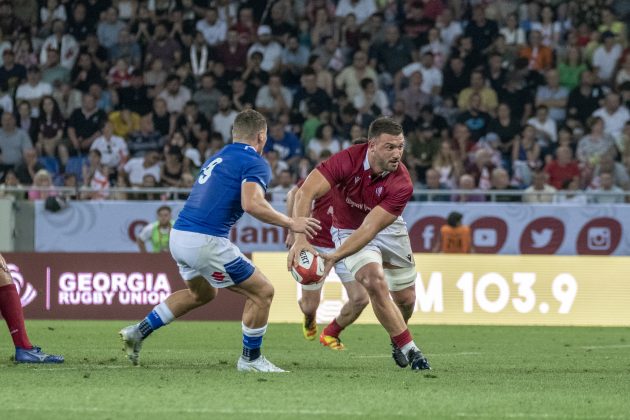 With two months until the best women’s players on the planet descend on New Zealand, we look at teams’ World Cup preparations

There’s all this too…

Download the digital edition of Rugby World straight to your tablet or subscribe to the print edition to get the magazine delivered to your door.