All is not well in the national women’s volleyball team, Malkia Strikers’ high performance training camp in Brazil, Standard Sports can reveal.
Reports indicate that the players, who are preparing for the World Championships to be co-hosted by the Netherlands and Poland on September 23-October 15, have threatened to go on strike due to lack of allowances.

According to a senior player, who sought anonymity, each member of the playing unit (14 players and two coaches) has only received Sh44,000 in allowances since they flew to Sao Paulo, Brazil on June 26.

“We have been thrown at the deep end. We have been left on our own here. How can you expect us to survive with Sh44,000 in foreign land for all those days?” asked one of the senior players.

“We are contemplating to strike and return home if our request is not heeded. We had a team meeting on Wednesday (August 3) and all agreed that we need to act. Interestingly, our families saw us receiving Sh10 million from a sponsor before we left the country and everyone thought that we had money. But that’s not the real situation here. We are struggling.”

Another player added: “Some of us are breadwinners in our families; we need money to support them back at home and even pay rent, but with the current situation there is nothing we can do.”

This comes barely a few months after leading betting firm Mozzart Bet salvaged Malkia’s trip to Brazil through a Sh10 million sponsorship deal with the federation.

The Volleyball Empowerment Program training is organized by the International Volleyball Federation (FIVB). The national team lost 3-2 (22-25, 25-23, 22-25, 25-19, 7-15) to a Brazilian side Taubate in their seventh friendly match yesterday.
And as per the one-year agreement between KVF and Mozzart Bet, part of the Sh10 million was meant to cater for the team’s air tickets, accommodation and training camp in Serbia where they will get to play friendly matches against the world champions (Serbia) and Colombia national teams in September 9-20.

The world volleyball governing body has catered for all internal expenses including salaries of the eight technical team members attached to Malkia Strikers, accommodation, transport and medical care.

KVF had in April submitted a budget of Sh46 million to the Sports Ministry for the national team’s trip to Brazil for a two-month training camp, Serbia training camp and the World

Championships, but the funds have not yet been approved by the government.

In the budget, the federation had allocated 50 USD and 60 USD in allowances for each player and official respectively per day.

Even though KVF vice president Charles Nyaberi sympathized with the players’ situation, he said they are still waiting for the government to bail them out.

“We are in constant communication with the team through their coach (Paul Bitok) and captain (Mercy Moim). Actually, I talked to them on Thursday and explained ourselves. But we are really sorry for the awkward situation our girls have found themselves in,” Nyaberi told Standard Sports. 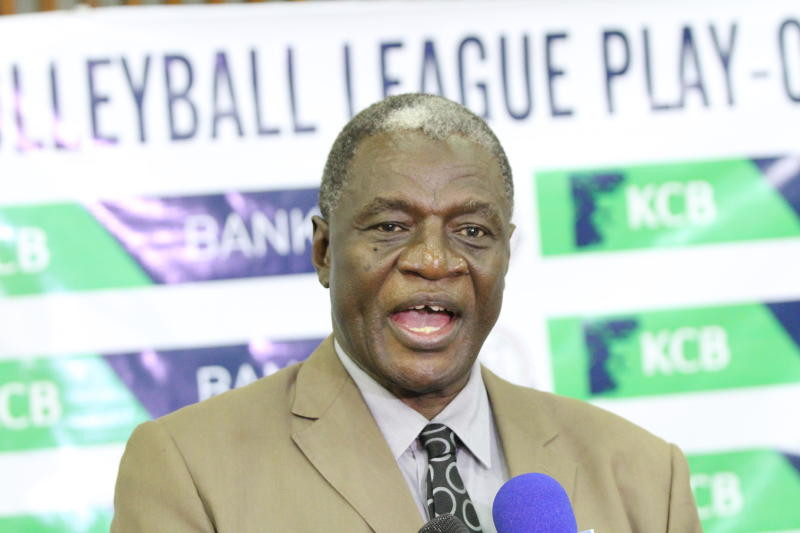 “Being in a foreign country for almost three months without money to buy the basic needs is no joke. We are trying everything possible to resolve the situation. We ask them to give us more time as we try to ask the government to bail us out.”

He added: “Once again, we are making a passionate appeal to the government, they supported us during the qualifiers and we now humbly ask them to support us to the end.
“It will be terrible if we miss the World Championships as it will come with sanctions and kill the players’ morale. The three-month training means a lot to the country. The girls are getting the best experience and training in terms of game development and preparation for the upcoming competition.”

The official was quick to explain how they have spent the Sh10m they received from Mozzart Bet.

The federation used Sh1m for visas, Sh800,000 on allowances and Sh3.5m on air tickets with NOC-K paying the tickets’ balance.

“There’s a misconception that the Sh10m was meant for the Brazil trip which is not the case. The money comes in batches; we only received Sh5m which was used to cater for the air tickets, visas and allowances,” said Nyaberi.

“We will receive the remaining money from Mozzart Bet in batches in September and October. But that is not even enough for the team to travel to Serbia and Poland/Netherlands. Unless the government comes to our rescue it will be difficult for us to participate in the World Championships as we have to pay everything for ourselves.”
The Serbian and Poland/Netherlands trips will cost the federation Sh6m and Sh17.48m respectively.