Recently, world number one at -66kg, Denis Vieru of Moldova, met with Ukrainian refugee children and held a masterclass. In April 2022, 300 children from Ukraine were evacuated to Romania to flee from the conflict in their home country. For 4 months, thanks to George Teseleanu, the children have been living in the Academy Hotel in Constanta and have been training. They were even able to take part in several judo events.

The young judoka were extremely happy to meet Denis Vieru and to spend time with him. Denis shared his impressions, “I am a very sociable person by nature and I always enjoy meeting and communicating with new people, exchanging positive energy and sharing experiences! Believe me, a child can teach you a lot! 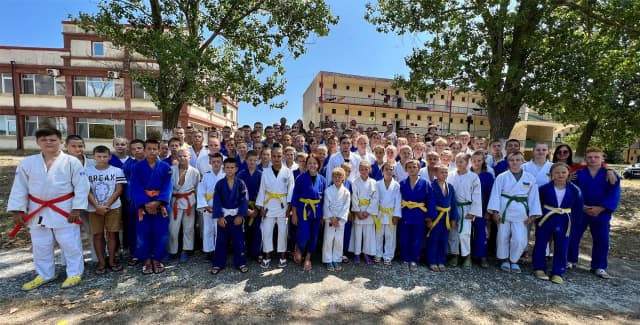 The first thing that struck me was that despite the difficult situation in their country, despite the fact that they are away from home and from their parents for a very long time, they are happy, there is fire in their eyes and an unbridled love for judo! 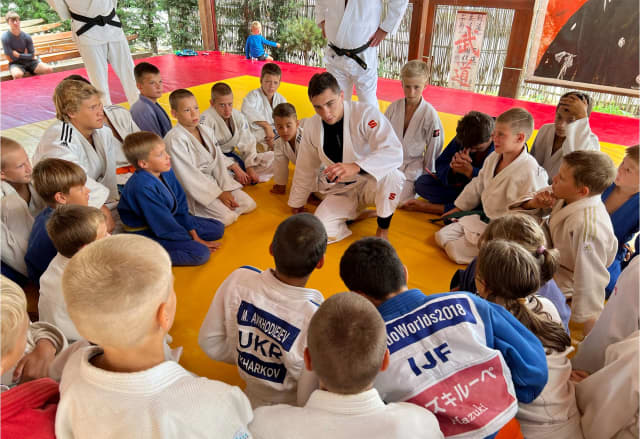 The second thing is the physical training of children: plasticity, elasticity and acrobatics. They have great judo! Oddly enough, along with questions about judo technique, the children were very interested in my personal experience from when I was their age, the difficulties I faced and what I had to overcome. This is valuable and important because although they are very young, they understand that future success largely depends on hard work and the right motivation, even at their age.

I demonstrated many of my favorite throws and techniques and showed them my secrets. I tried to focus their attention back on themselves; this is very important in judo, so each of them should study themselves, their abilities and what they like to develop more diligently.

I was very pleased to communicate with the Ukrainian children and their coaches, to support them in such a difficult time. I had the opportunity to motivate them to achieve their own goals. After two masterclasses, I received a huge number of messages with great feedback from children, with gratitude. They are motivated to go only forward. I’m glad I could help them, it’s valuable for me too.” 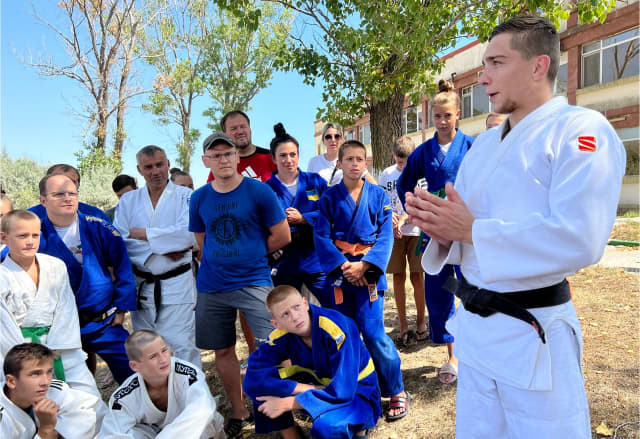 In a very friendly atmosphere, the children became acquainted with the athlete’s secret techniques, learned many interesting facts about his biography and childhood and received long-awaited autographs and photos with their idol. The time that Denis Vieru spent with the refugee children has no price. For sure they all learned a lot, both the young judoka and the athlete.