The race to be Britain’s next prime minister is on. In the Tory leadership contest, candidates were quickly ‘out of the gate’ and soon ‘jockeying for position’ as they tried to get the ‘inside track’ with fellow Conservative MPs.

With eight ‘runners and riders’, this was clearly no ‘one-horse race’ – but now only two contenders are still ‘in the running’ as they reach ‘the final furlong’. Does either of them have the ‘whip hand’?

Political parlance is littered with terminology drawn from the world of horse racing, and during election times this only becomes more pronounced. Here, In the first of two articles that explore how the sport has become intimately entwined into the English language, we delve into the murky world of politics. 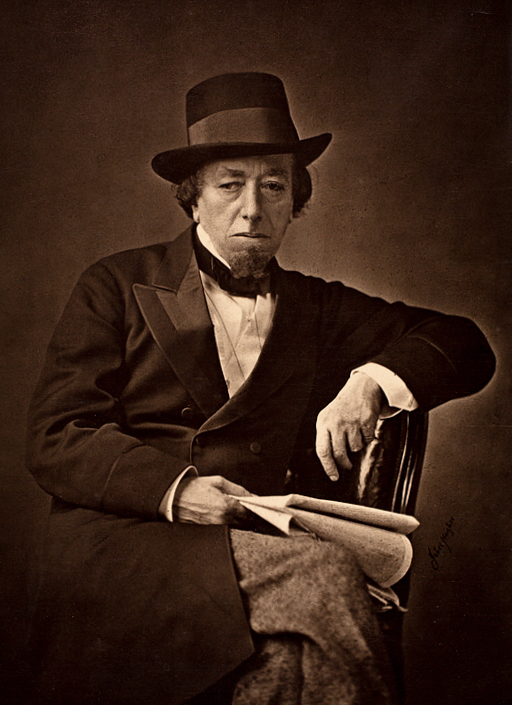 The most interesting political races always have a ‘dark horse’ – someone about whom little is known but unexpectedly pushes to the fore. The first dark horses were, quite literally, horses. It referred to mounts largely unfamiliar to bettors and fans but upset the odds by stealing an unanticipated victory.

Before entering politics, Disraeli was a popular novelist. In his 1831 novel The Young Dukehis protagonist watches a race with a surprise victor: “A dark horse which had never been thought of … rushed past the grandstand in sweeping triumph.”

In fact, Disraeli is responsible for introducing a wealth of idioms into our lexicon, from ‘climbing the greasy pole’ (on describing his becoming prime minister) to being ‘on the side of angels’ (in a debate on divine creation versus Darwinian evolution ).

Describing a horse that secures an early lead in a field and often sets the pace, the term ‘front runner’ began to be used figuratively in the early 20th Century. It has come to be used for the politician ahead in the polls.

Down to the wire

First used in late 19th Century sporting press in the US and Australia, ‘down to the wire’ denotes a tightly fought race. Before the days of photo finishes, track judges used a wire strung above the finishing line to help them adjudicate the winner of close contests. Close races went literally to the wire. While technology has superannuated the wire trackside, the phase lives on to mean a situation whose outcome is not decided or completed until the final moment.

Every political candidate aspires to be in pole position. While most commonly associated with motor racing, the expression is borrowed from horse racing to refer to the coveted starting spot next to the pole or rail of the inside fence that is reserved for the fastest qualifier. Horses here have the advantage of the bend, thus shortening the distance to the finishing post.

It has become the usual term for a vice-presidential candidate in US politics, but ‘running mate’ is another idiom that owes its origins to horse racing. First used in the mid-19th Century, the term describes the practice of a horse from the same stable used to set the pace for another horse, intended to win. The appellation may have originated from trotting or harness racing, referring to a horse running alongside another in double harness that lightens the latter’s load. By the turn of the 20th Century, it had become a political term for the nominee for the lesser of two closely associated offices.

The UK electoral system by which means MPs are chosen for the House of Commons is known as first-past-the-post voting and – no surprise by now – this term too derives from horse racing. The highest-polling candidate is elected, just as the first horse in a race to pass the post demarcating the finishing line is declared the winner.

Today, first past the post is also a popular betting term, denoting a promotion whereby a bookmaker pays out on the first horse past the finishing line, even if it is subsequently disqualified.

We refer to a political campaign – or any other contest, in fact – as a dead heat when it is too close to call a winner. In the world of horse racing, it has been used since the late 18th Century to mean when horses cross the finish line at exactly the same time. ‘Heat’ refers to a single race, whilst ‘dead’ in this sense means absolute – owing to the categorical conclusiveness of death.

A popular misconception is that the phrase ‘upset’, to denote a surprise victory in politics or sport, is derived from Man o’War’s notorious defeat in the Sanford Stakes at Saratoga in 1919. From 21 career starts, this was the only race ever lost by the legendary performer – and the horse who beat him was called Upset.

However, while the upstart victor certainly had an appropriate name, he had little to do with the etymology of the word ‘upset’, which had been used as a verb to distress or disorder since the 19th Century. The New York Times suggests ‘upset’ had been used as a noun for a surprise result at least as early as 1877, several decades before Upset did indeed upset Man o’War.