With the push of a button, the bowling lane machine lurched forward, leaving behind a striking sheen.

Keeping his balance on the narrow strips between the four lanes’ gutters, Gerardo Alonso Vasquez followed along and reversed the device’s course as it neared the pins.

These lanes are all “original wood,” he said, not the synthetic surfaces you’ll find at many modern bowling alleys.

Leaders of the Circulo Social Anahuac — the private club that owns the more than century-old building — said the alley’s arrival is tied to the sizable presence of well-heeled Americans during the early 20th century company town days of Cananea, when William Cornell Greene’s Consolidated Copper Company dominated daily life.

They didn’t have an exact date for the alley’s construction, but the wall of championship bowling plaques provides a baseline: for the 1937-38 series, a man named Isidro Escobosa came out on top. In a bit of wry humor, COVID-19 is honored as the 2020 champion.

“Yeah, that’s me,” Vasquez said with a laugh when asked if he was the same Gerardo listed as the current reigning champion.

“They say that’s why I ended up as champion,” said the man tasked with keeping the lanes in top shape. “I apply the oil my way.” 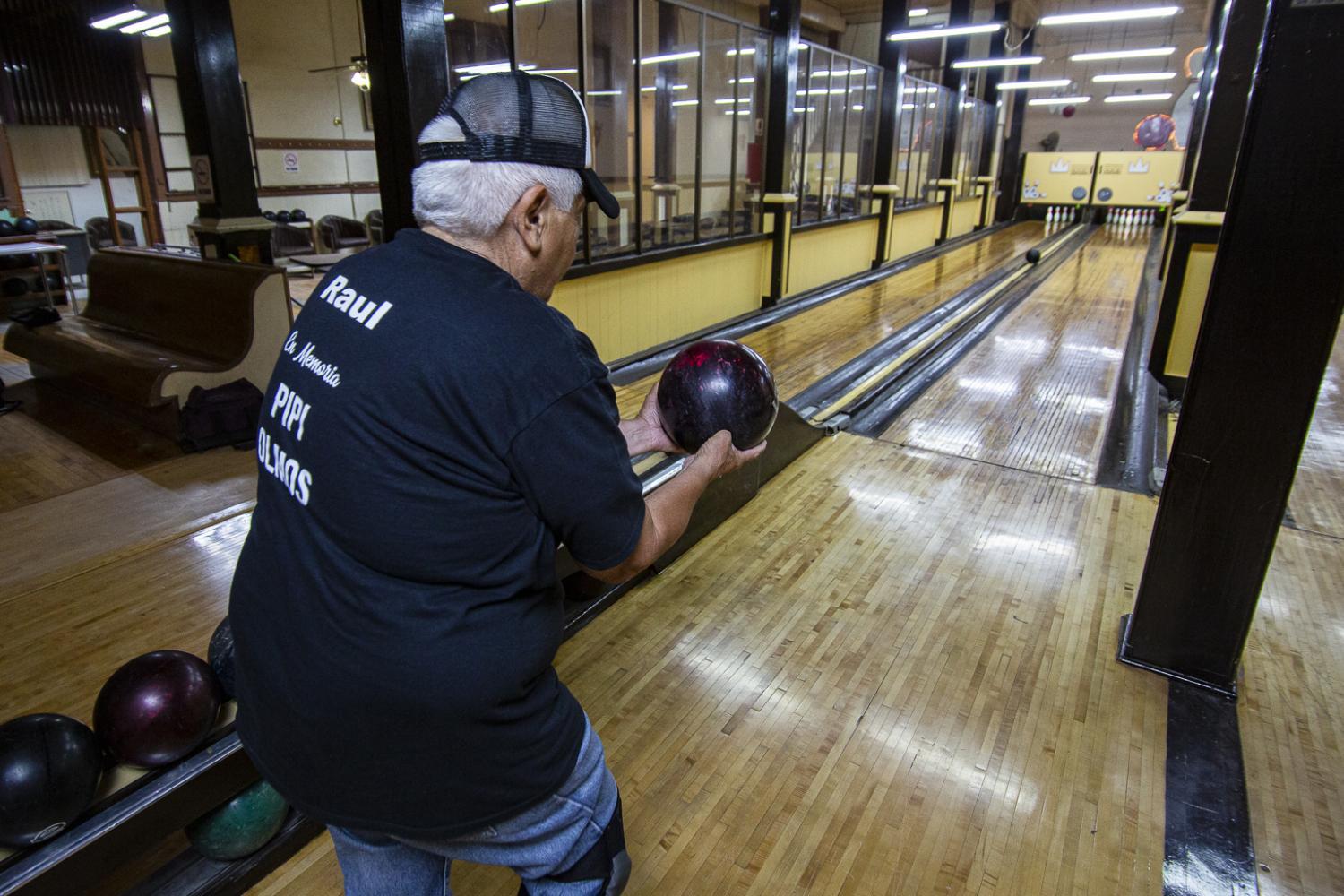 Last of a profession

Instead of mechanical pinsetters, teenagers Francisco Cruz and Manuel Moreno were perched above the pits, ready to leap into action when the bowling balls came crashing through.

Moreno started recently, and said his regular exercise routine helped him prepare for the demanding gig. For several hours four nights a week, the two repeatedly jump down into the pit, send the balls rolling back, replace the pins in a flash and jump back up for a few seconds’ rest.

It’s also a job that has essentially disappeared.

“We were looking that up on the internet, and the job of the pinero doesn’t exist anymore,” Cruz said. “I think we’re the only pineros in all of Mexico.”

And the thought of being among the last of an all but vanished profession brings him a certain pride. 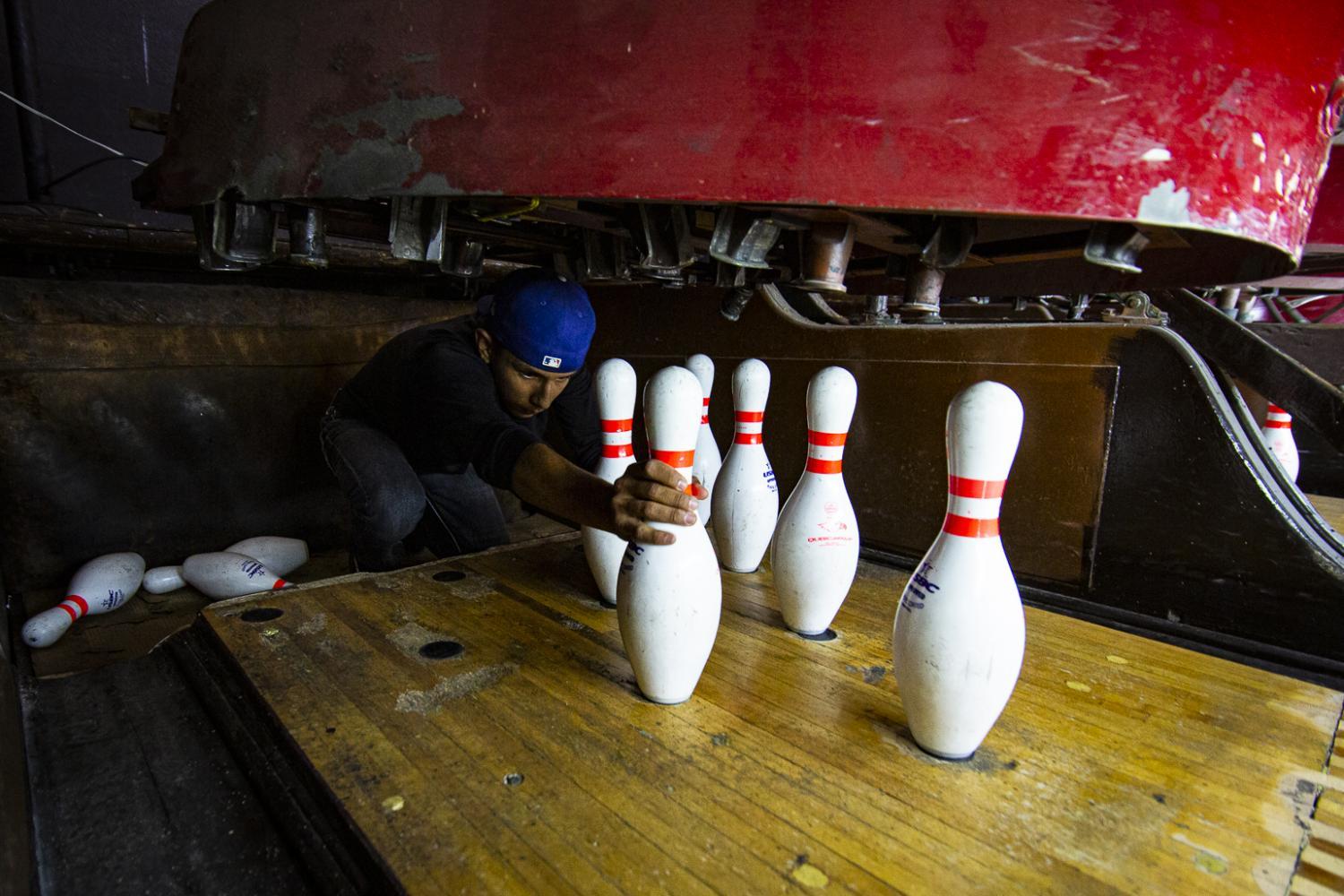 Francisco Cruz is one of two teenage pineros who replace the pins and send the balls rolling back to players.

“Principally, the whole club is managed and lives thanks to bowling,” said board President Fabian Ramos.

And its dues from members that make the expensive upkeep of the aging building and lanes possible. But from highs of 400 to 500, membership has fallen to around 90, he said. And those that remain skew older, with an average age of well over 60.

Ramos said he and others are now trying to reverse that downward trend by recruiting more — and especially younger — members. And he was blunt about the implications for the historic site of failing to do so: “The time will come when it will disappear, or decline,” Ramos said.

With tournament play well underway, 29-year-old Marisol Taddei rolled a strike and walked back to her seat, high-fiving teammates on the way.

“At first, I didn’t really like the sport,” she said.

But after turning down several invitations from a friend, she eventually relented and gave bowling a shot. Taddei said she quickly came to appreciate the skills necessary to excel, and took it on as a “personal challenge.” Now she bowls a respectable 156 average. 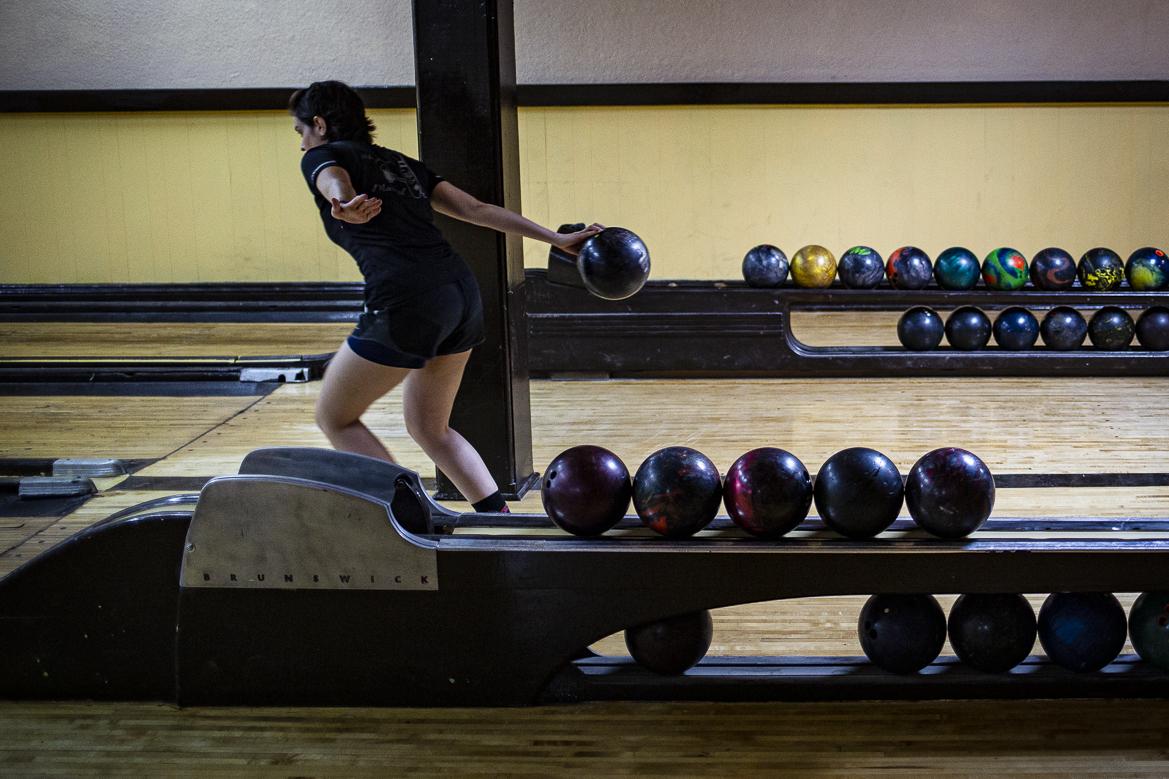 Marisol Taddei, who bowls a respectable 156 average, let’s rip it.

As one of the younger players that evening, Taddei would seem a prime recruit for the club, as it tries to attract a new generation and ensure the lanes’ survival. But as it stands, the Circulo Social Anahuac only accepts men as full, dues-paying members, or socios, a policy Taddei criticized as machista, or sexist.

Ramos said the exclusionary policy has always been a feature of the decades-old club, whose slogan is “Union and Chivalry.” He also pointed out that female family members and invitees of socios, like Taddei, have long been welcome to play.

But not only can the membership rules change, Ramos said they are going to change “in the near future.”

“Due to the shortage of members, we need to have a few more people so that (the club) can thrive as it did before,” he said.

Looking around the room at the mixed league teams, Taddei counted some 16 women whose dues could support the club’s work if and when its current partners choose to open that door.

“We could invite even more women who are interested in participating, and learning how to play,” she said. “And we could teach them.” 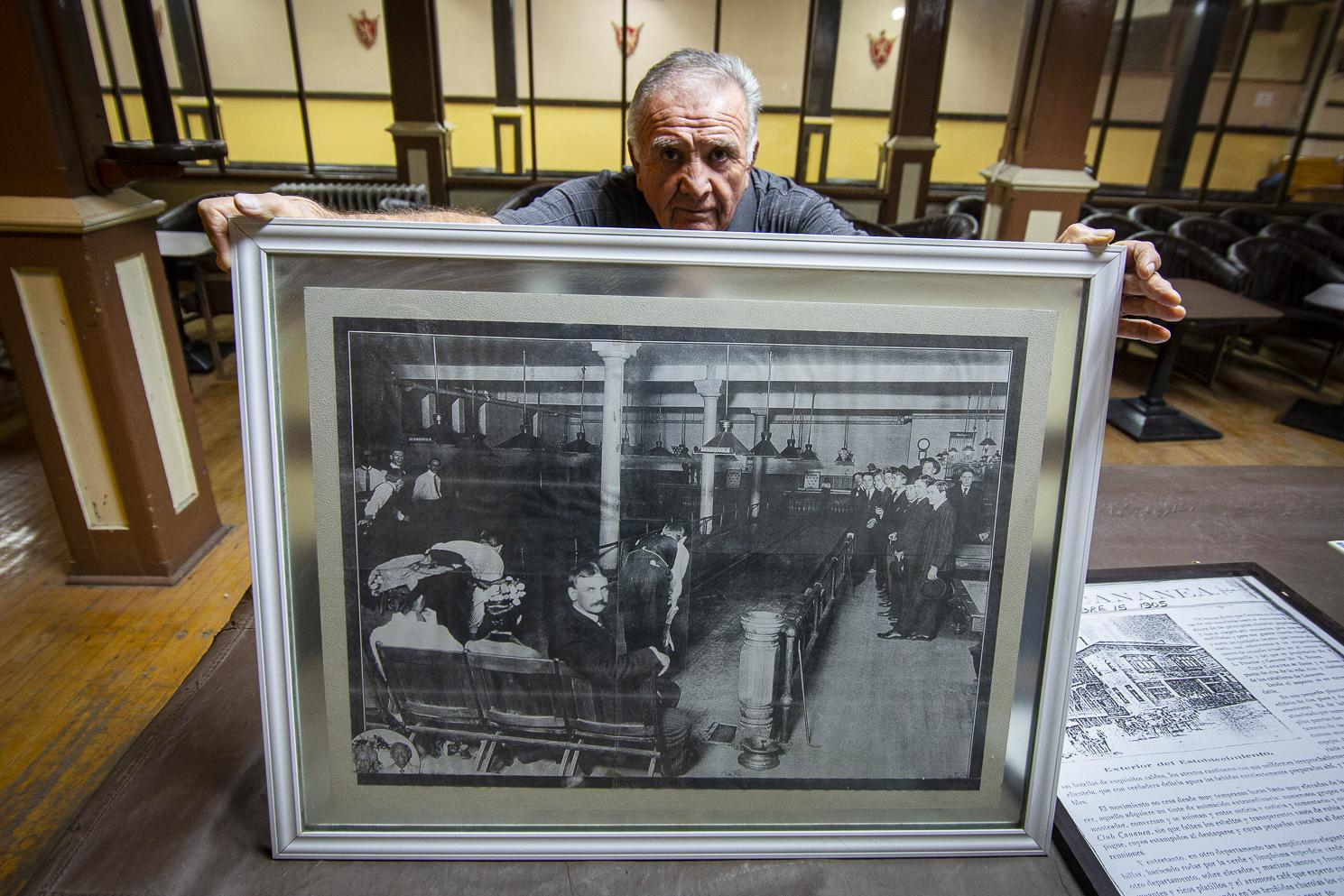 Francisco Marquez holds up an old, undated photo of the club’s early days.

Martina Campos, who has played at the club for years, loves being surrounded by its history.

Her team name itself — Pipiripau — is an homage to a recently deceased member. They started the night in last place, and ended there as well.

For Campos, bowling is about getting together with people she cares about and having a good time, and she recognizes that a lot of work goes into keeping the club and lanes in good condition. Failing to do so, she said, would mean losing an important tradition.