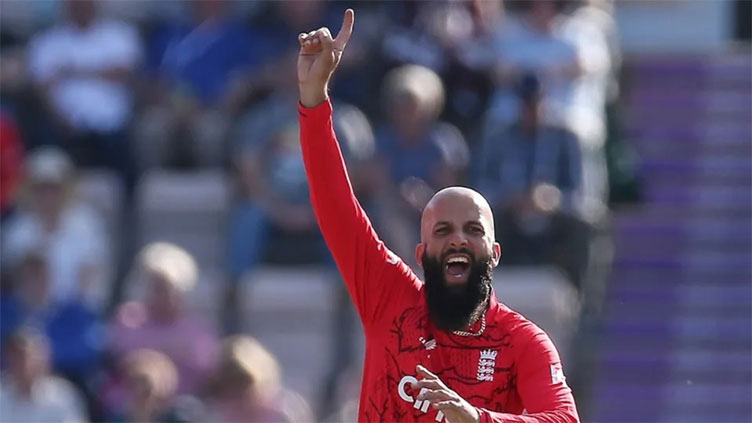 The inaugural International League T20 (ILT20), to be played in the UAE in January-February next year.

ABU DHABI (Web Desk) – There is no David Warner, but Andre Russell, Moeen Ali, Wanindu Hasaranga, Alex Hales, Shimron Hetmyer, Chris Jordan and Mujeeb Ur Rahman lead the big-name signings for the inaugural International League T20 (ILT20) , to be played in the UAE in January-February next year.

The six franchises in the league – owned by Reliance Industries, Kolkata Knight Riders, Capri Global, GMR, Lancer Capital and Adani Sportsline – will exercise their “direct acquisition” rights to acquire these players, who they have been in discussions with.

No cricketers from Bangladesh, India and Pakistan feature in the league’s plans at this stage, while Chris Lynn is the only Australian in the mix. While things could change on the Australia, Bangladesh and India front – the last despite the BCCI’s stance against their players participating in overseas leagues, because of the number of teams owned by IPL owners – it is understood that Pakistani cricketers are not involved because they were unlikely to be granted NOCs by the PCB to play in the league, because of international and domestic commitments.

“Over the past weeks, ILT20’s six franchises have started discussions and engaged with players, and players’ agents, to exercise their Direct Acquisition rights,” Khalid Al Zarooni, chairman of the ILT20, said in a statement.

Each squad of 18 will have two players from Associate countries and four players from the UAE, but the process to pick them will start after more international signings are announced by the league later this week, the statement said.

“We are very excited that a select number of UAE representative-players, from our current pool, will also be considered and signed on to participate in the league. It is also extremely important to note that these (UAE) players will form part of the team’s playing XI,” Mubashshir Usmani, general secretary of the Emirates Cricket Board, said. “One of the key objectives for ILT20 is to provide opportunities for players from the UAE and other Associate nations to perform on the big stage, and, ECB extends its deep appreciation to the six franchises for their support of our vision to grow our game and create stronger, more competitive players.”

The list confirmed, belatedly, that Warner would not be involved in the league and was likely to instead appear in the BBL for the first time since 2013 later this year. Reports that Warner might choose the ILT20 over the BBL resulted in negotiations between the player, CA and the Australian Cricketers Association to find a way to have him play in the BBL.

The extent of Moeen’s participation in the league is unclear. The new CSA league is also believed to have signed Moeen as one of its top stars. Both leagues play out concurrently across January and February and participation is also complicated by England’s ODI series in South Africa in that January-February window – games that are part of the Super League qualification pathway for the 2023 World Cup.

There have been suggestions that the space for Pakistani players in the league might be limited because franchises owned by IPL owners were wary of picking them for worries of a backlash in India. One ILT20 official said the franchise owned by Lancer Capital – the Glazers family that owns Manchester United – were still hopeful of signing up some Pakistan players, although the official acknowledged that not getting the NOCs from the PCB might be the obstacle. The PCB said in a statement last week that two Pakistan players had applied for NOCs to play in the league but were not granted them because the board expected the players to be involved in Pakistan’s home season.

The 2023 edition of the ILT20 will have 34 matches – all the teams will play each other twice, before four playoffs, including the final – spread across Dubai, Abu Dhabi and Sharjah.