In the world of chess, everything is apparently still in perfect order. While there are sanctions in place against Russia and Belarus in the sport, they only apply to the players. At the FIDE Congress in Chennai, India, on August 7, the incumbent president Arkady Dvorkovich was re-elected.

Until 2018, Dvorkovich was Deputy Prime Minister of Russia and Chairman of the Board of the (wartime) Russian Railways. Since then, he has been the head of the World Chess Federation, and will remain in post for another four years.

Among chess officials, there is a pretense that Vladimir Putin’s war in Ukraine does not exist – a politically and morally bankrupt declaration. Dvorkovich’s opponent could not even achieve respectable success: The Ukrainian chess grandmaster Andrii Baryshpolets received just 16 of the 173 votes. The German Chess Federation – as announced two months ago – supported the defeated Ukrainian.

Arkady Dvorkovich was re-elected as the president of FIDE

Chess is also politics in Russia

Sports federations like to claim that they are apolitical. This has never been true for chess, particularly not in Russia. Chess is much more than just a niche sport for nerds. Putin, a chess enthusiast, always likes to be seen with prominent chess players, although Dvorkovich has tried to distance himself a bit publicly from the Russian war of aggression.

But the bottom line is that the signal sent by chess is fatal: once again, Russia’s overwhelming influence in the sport has not been contained. On the contrary, despite global sanctions, Russia has managed to keep one of its own at the helm of an international sports federation. For Putin, that’s cause for celebration.

Sure, Dvorkovich had a comparatively good record. After decades in which FIDE had been marked by chaos and corruption, he had brought professionalism and (mostly Russian) sponsorship to the notoriously cash-strapped sport. He also had the smart idea of ​​choosing the universally esteemed former world champion Viswanathan Anand as his deputy as a representative of the up-and-coming chess nation India. 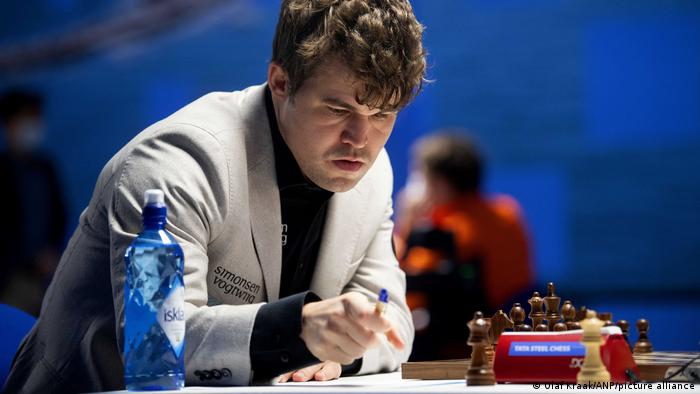 Magnus Carlsen does not intend to defend his world title

FIDE on the sidelines?

But it is doubtful that FIDE under Dvorkovich can simply carry on as before. Western sponsors have deserted the sport and Dvorkovich himself may soon appear on the international sanctions list. “If that happens, it’s over,” even Putin-affiliated former world champion Anatoly Karpov speculated before Dvorkovich’s re-election.

It is all a disaster for chess. After all, the board game is actually booming. In the covid era, the sport has partly shifted online. Chess has long since ceased to revolve around the somewhat cumbersome official world championships. The still reigning champion, Norwegian Magnus Carlsen, has long since recognized the signs of the times. The 31-year-old does not intend to defend his title for the time being, but the world’s best chess player by father will continue to play the game – on his own. He brings money into the sport with his listed “Play Magnus Group”.

A world chess federation that stands closely alongside the economically and politically isolated Russia will find it difficult to keep up. Other major chess federations – like Germany’s – will distance themselves even more. It is quite possible that the game has checkmated itself.

This article was translated from German.