GM Jeffery Xiong leads the FTX Road to Miami tournament after the first day of play. The 21-year-old American grandmaster, who is making his debut in the Meltwater Champions Chess Tour, was the only player to win three games, which gave him nine points thanks to the 3-1-0 scoring system.

Xiong said afterwards: “Obviously it was a great day, I couldn’t have asked for better.”

How to watch? The games of the FTX Road to Miami preliminaries can be found here as part of our live events platform. The rounds start each day at 9 am Pacific/18:00 CEST.

Xiong scored his three victories back-to-back, including a win with the black pieces vs. GM Anish Giri who was slowly outplayed from the white side of a Petroff. It is one of those games where it’s hard to pinpoint where White went wrong exactly:

After his great start, Xiong did lose in the fourth round to his compatriot GM Sam Sevian, who is currently in shared second place. Both young Americans have a good chance to make it to the knockout phase.

Playing from Massachusetts, Sevian found a lovely breakthrough combination to get a winning position, but the remainder of the rook endgame deserves a deeper analysis as it was quite fascinating:

GM Shakhriyar Mamedyarov won in style against one of the FIDE candidates, GM Richard Rapport. Several moves were winning, but Mamedyarov’s was prettier (and faster):

The following (end of the) game shouldn’t be missed either:

GM Levon Aronian was impressed and said afterwards about his opponent: “I’m a personal fan of his, and I think he’s also a very nice guy!”

Another notable result is GM Ju Wenjun’s win against GM Teimour Radjabov, who was struggling to bring his good form at the Candidates to this online environment. He lost three games and quickly drew another one with his compatriot Mamedyarov. 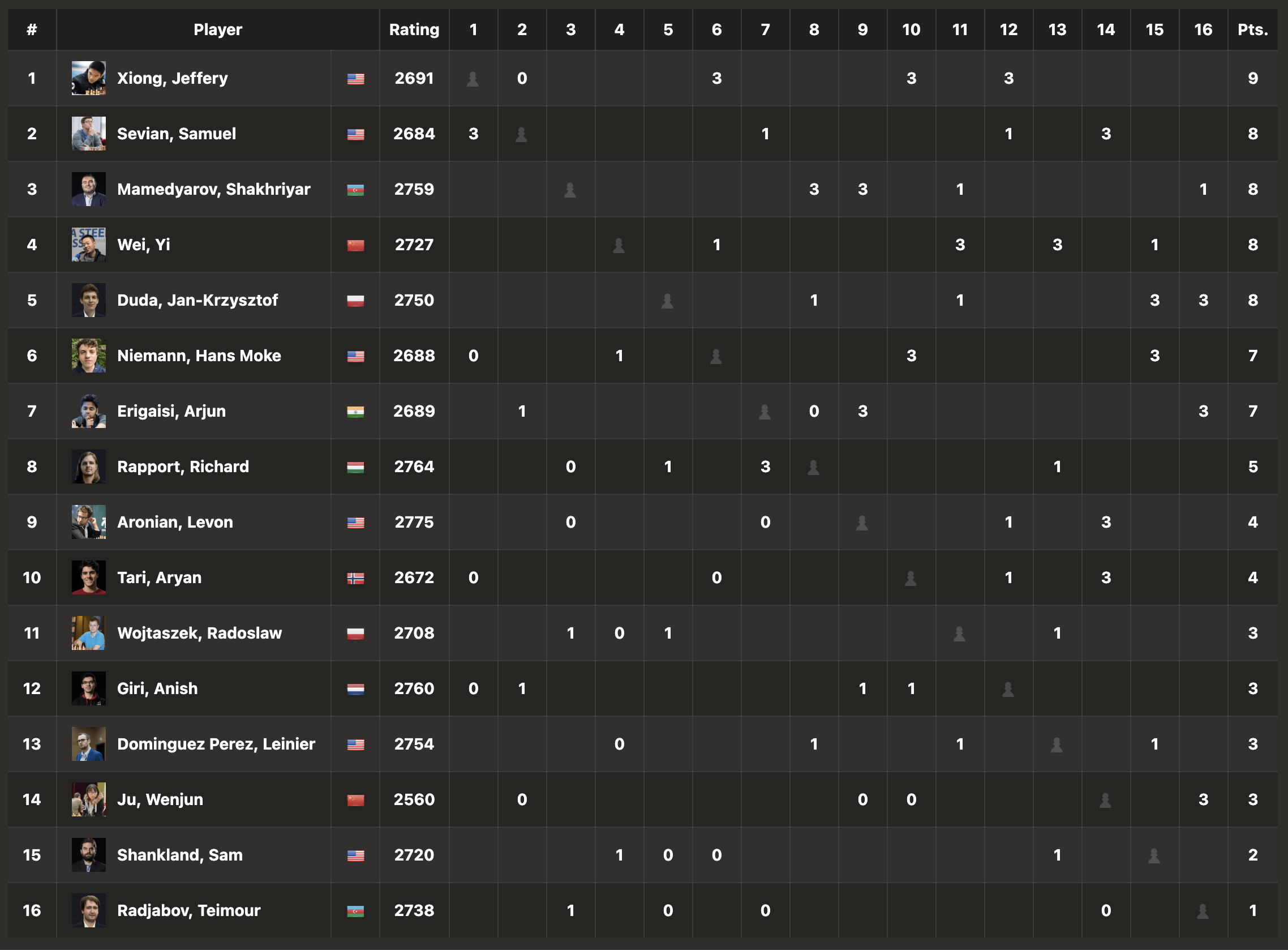 The 2022 Champions Chess Tour’s fifth event, the FXT Road To Miami, takes place July 10-17, 2022 on chess24. The preliminary phase is a 16-player rapid (15|10) round-robin. The top eight players advance to the knockout phase that consists of two days of four-game rapid matches, which advance to blitz (5|3) and armageddon (White has five minutes, Black four with no increment) tiebreaks only if a knockout match is closed after the second day. The prize fund is $150,000.