When describing America’s most influential artists, no list is complete without mentioning them Winslow Homer. Despite his reclusive and introverted nature, he was a preeminent painter in the American realism style, using his mastery of both watercolor and oil to capture everyday moments with effortless brushstrokes.

Originally from Boston, most of Homer’s oeuvre is based around the New England landscape. One of his contemporaries, artist Eugene Benson, wrote that Homer believed artists “should never look at pictures.” Rather, they should “stutter in a language of their own” and paint (or draw) directly from life. For Homer, this meant idyllic, quiet scenes of everyday life that he completed at home in Massachusetts, and later, in Maine, as well as trips abroad.

Here, we will learn more about Homer and take a look at some of the characteristics of his art.

Who was Winslow Homer? 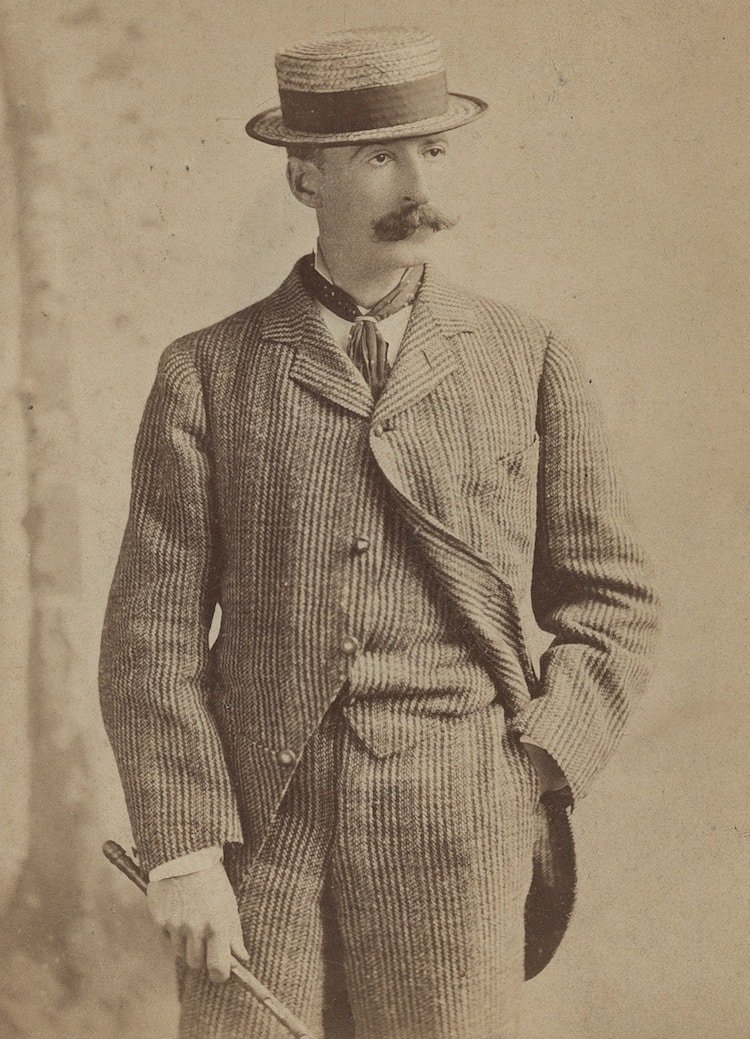 Winslow Homer (1836–1910) was a prominent 19th-century American painter who is best known for creating realistic depictions of idyllic country life, and powerful paintings of the sea.

After studying briefly at the National Academy of Design, Homer continued practicing painting on his own, gravitating towards portrayals of simple American life and the countryside. He worked considerably in watercolor, picking up this medium more often during his travels throughout the States and in Europe. 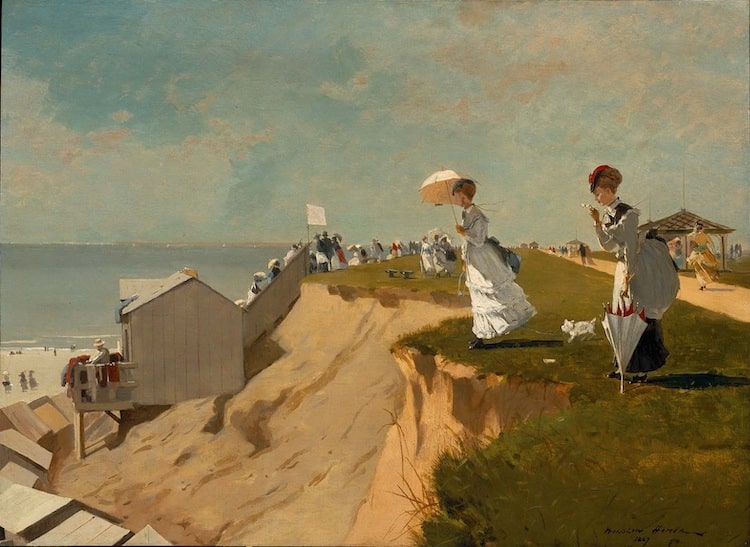 Homer’s most famous works, however, are in oil, but somehow maintain a similar looseness of style to his watercolours. 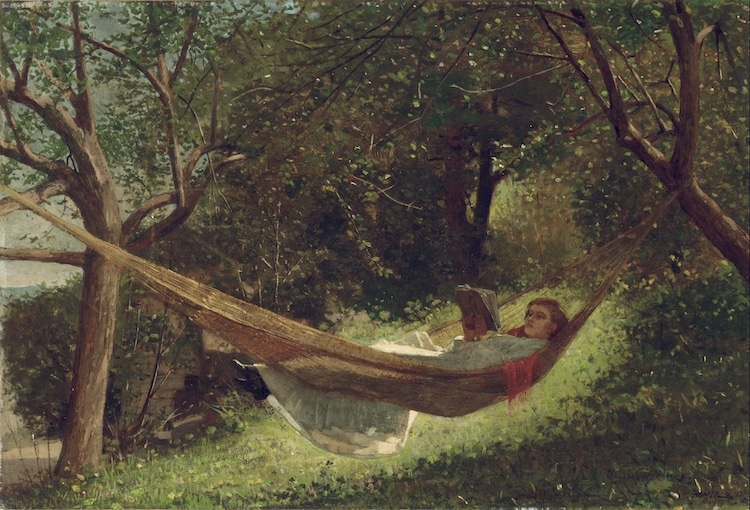 Most of Homer’s earlier works can be characterized by an interest in idyllic country settings. During the 1870s he captured the beauty of tranquil, everyday scenes, where children play at school, people play croquet, and women enjoy leisurely activities outdoors.

Love of the Sea 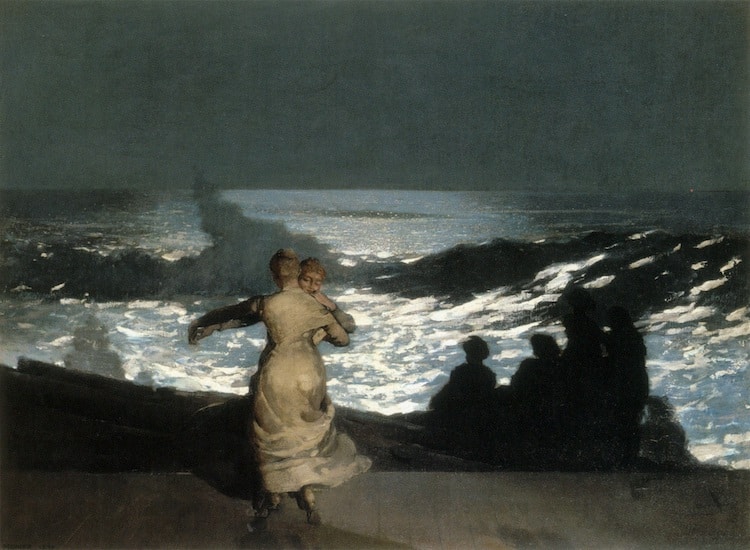 After Homer moved to Prouts Neck, Maine in the 1880s, the sea became a more frequent focal point of his art. Many of his works from this period portray the ocean waves, the beach, boats, and of course, people’s relationship to water. 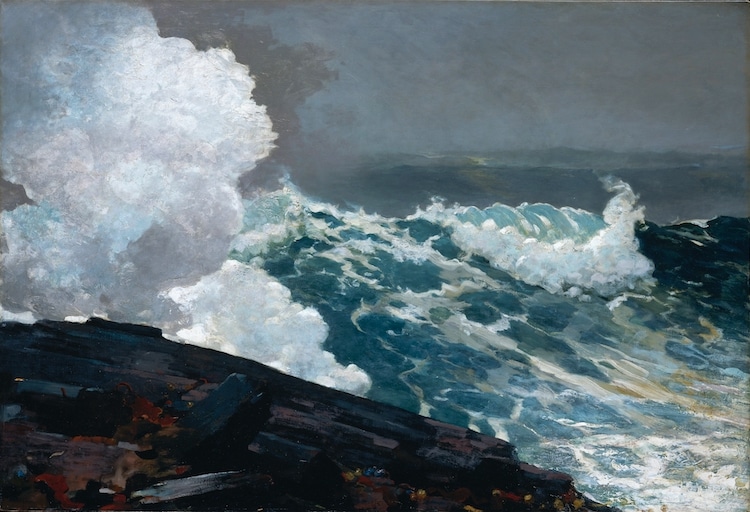 A lifelong admirer of the American landscape, Homer is known for capturing the power of nature. This can be seen in paintings of crashing ocean waves, hunters and animals, and sailors at sea. His advice to artists was: “Look at nature, work independently, and solve your own problems.” 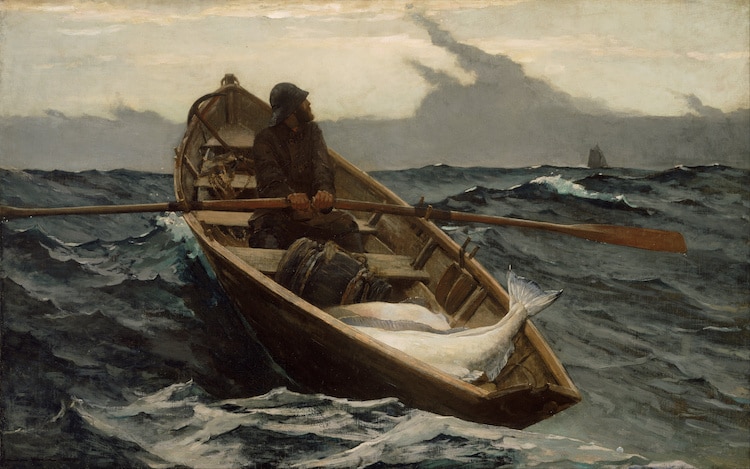 The Fog Warning is one of Homer’s significant maritime paintings. In this realistic piece, a lone fisherman is seen rowing his boat against an active ocean. The figure’s gaze is turned up and away from the viewer, seemingly directed towards the sky where he checks for the incoming fog. Although beautifully rendered, the narrative of this painting—of a fisherman racing to get home while he can still make his way—makes this piece psychologically gripping. 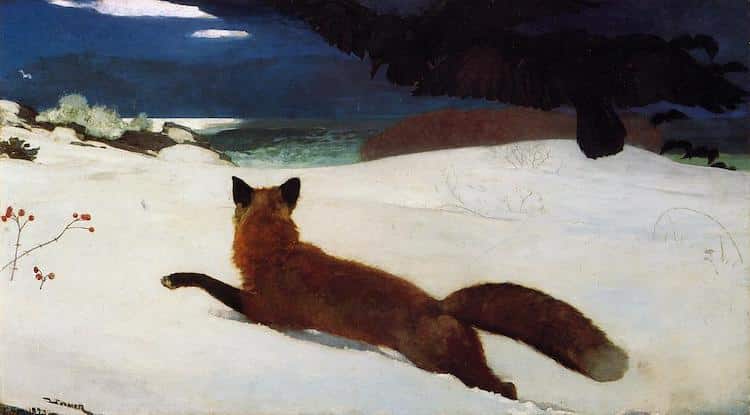 Created during his later years, the Fox Hunt is one of Homer’s most well-renowned paintings. Based on the landscape near his home in Maine, it depicts a fox being chased away by crows in the middle of winter. In this striking composition, the body of the red fox stretches across the center, its coat a dark contrast compared to the snowy background. Meanwhile, the silhouette of the black crow lurks in the upper right-hand corner. 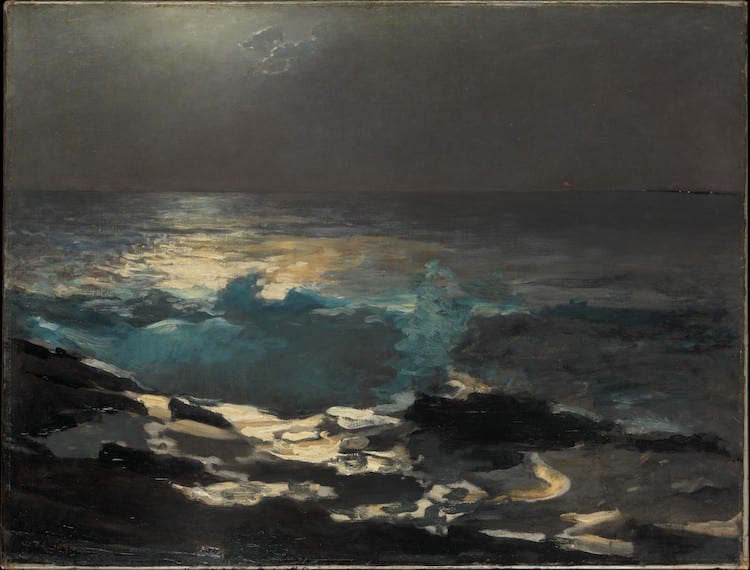 A quiet and dedicated artist, Winslow Homer was incredibly influential on future American artists. His individualistic style—which can be compared to both the Realist and Impressionist styles, yet still remains unique—rendered bucolic landscapes and fearful seascapes with an effortless expressiveness.

Who was Winslow Homer?

Winslow Homer (1836–1910) was a prominent 19th-century American painter who is best known for creating realistic depictions of idyllic country life, and powerful paintings of the sea.

What types of paintings was Winslow Homer most famous for?

Winslow Homer is best known for his paintings of quiet country life and for his dramatic seascapes.

The Architecture of Frank Lloyd Wright: 10 Historic Buildings by the Legendary American Architect

28 Iconic Artists Who Immortalized Themselves Through Famous Self-Portraits