Four of the Lehigh field hockey team’s 25 rostered players call the Netherlands home. While 3,700 miles away at Lehigh, they find comfort in each other, sharing a love for their sport and their country.

Sophomore Guusje Hogendoorn, freshman Kiki Mes, junior Lotte Smorenburg and senior Sarah Bonthuis are all Dutch natives. While each of them had a different experience finding Lehigh, all of them saw an opportunity in playing in the United States.

Bonthuis, a native of Oud-Beijerland, Netherlands, said field hockey is one of the biggest sports in the Netherlands, and many children grow up playing. But, when it came time to look into colleges, she said there weren’t many opportunities in her home country.

Bonthuis said the Netherlands does not have the college combination of athletics and academics that the United States does, as universities in the Netherlands keep the two independent.

“If you don’t live on campus at a school in the Netherlands, you can’t play a sport,” Bonthuis said. “Everything is separate.”

Bonthuis said she thinks this is the reason so many Dutch women attend school in the United States, because academics and athletics are highly regarded together. 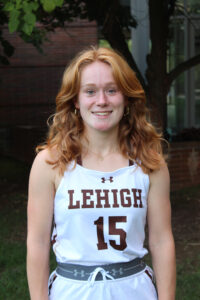 Smorenburg, who started playing field hockey when she was six years old, said she played on club teams all throughout high school before she began her college recruitment process by joining a Dutch recruiting agency.

Smorenburg said the agency helps Dutch high school students with creating both academic and field hockey resumes to send to schools in the United States. Smorenburg created a field hockey highlight video and also participated in a showcase that was live-streamed to American coaches. This is where Lehigh coach Caitlin Dallmeyer found her.

Dallmeyer said because children in the Netherlands are exposed to the sport at a young age, it makes it one of the best destinations for recruiting players. She said athletes from the Netherlands have proven to be skilled, academically prepared and socially and emotionally mature for their agewhich eases the college transition.

Mes, Smorenburg and Hogendoorn said applying to college in another country during COVID-19 was especially difficult, so they relied on online programs like Zoom and Skype to better understand the opportunities Lehigh had to offer. 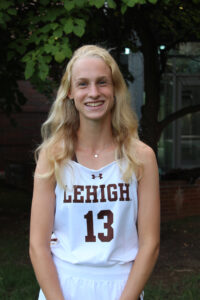 Smorenburg said she was able to visit the campus in the fall of her senior year of high school and was impressed by Lehigh’s academics and sports facilities. Similarly, Mes said Lehigh was at the top of her list when she started looking at schools.

“Lehigh came up pretty early in the process and I immediately thought it was going to be a good fit,” Mes said.

Being far away from her home and family, Hogendoorn said she has been able to speak Dutch to the other players from the Netherlands, which has helped her when she feels homesick.

“It is super nice to have other people around you that know where you’re from and what you’re going through,” Hogendoorn said.

Similarly, Smorenburg said it helps to have others to relate to.

“Lehigh has had a very welcoming environment, and it’s a pretty international-oriented university in my opinion, with a lot of people from different countries,” Smorenburg said. “I felt at home right away, and I think a lot of people, like my other Dutch teammates, feel that way too.” 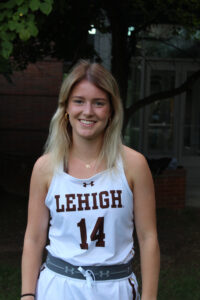 Bonthuis said Dallmeyer originally came in with the purpose of rebuilding the team and its mindset, and part of that has been focused on recruiting at least one international athlete to each incoming class.

Dallmeyer said she understands the complexity of recruiting international athletes, and therefore prioritizes building relationships of trust with her athletes.

“As we rarely have an opportunity to evaluate them in person without being able to visit their home country, they often make a decision on Lehigh without ever having been on campus,” Dallmeyer said.

In her senior year of high school, Bonthuis said these goals originally brought her to Lehigh.

“The goals she said were really interesting to me,” Bonthuis said. “I always like to be part of a program where you can help rebuild something, and after these four years you can look back and (see that you) did something good.”

The Mountain Hawks are 5-5 on the season and have won their last three games in a row.