THREE former Irish rugby players are suing the IRFU as part of a landmark concussion lawsuit.

The trio, including two ex-internationals, have lodged legal proceedings against the governing body, World Rugby, and their respective provinces.

Back in July, it was revealed that cases were being prepared against the various bodies based on allegations that the players suffered serious brain injuries over the course of their careers.

Corkery, who won 27 caps for Ireland, is taking action against Munster Rugby, the IRFU and World Rugby.

Fitzpatrick, who played seven times for Ireland and retired in 2015 over concussion-related issues, is taking a case against Ulster Rugby, the IRFU and World Rugby. 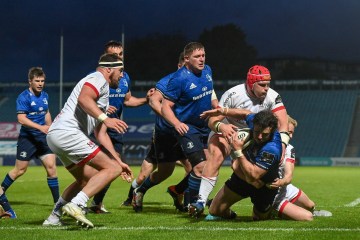 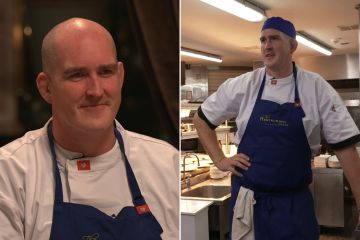 Marshall retired at 26 in 2017 following medical advice having represented both Leinster and Connacht.

In a statement released in the wake of the complaint, the IRFU affirmed their commitment to player welfare.

The union said: “People in rugby have been moved by the personal accounts of former players as reported in the media.

“Player welfare is of paramount importance to the IRFU and we are constantly reviewing safety protocols for all players.

“Our approach, based on scientific evidence, involves a commitment to ongoing education, monitoring and application of safety protocols across the game, including proactively managing elite player game time with a focus on injury prevention and oversight.

“As this is a legal matter it would be inappropriate to comment on these cases directly, which will now be handled by our insurers.”

It is the latest twist in the fallout from Harvard research which established the link between repeated head injuries and degenerative brain disease.

The study, conducted by Harvard University along with eight other academic institutions and the Concussion Legacy Foundation (CLF), was published in July.

He said: “Sport governing bodies should acknowledge that head impacts cause CTE and they should not mislead the public on CTE causation while athletes die, and families are destroyed, by this terrible disease.

CTE stands for chronic traumatic encephalopathy, and is a progressive brain condition that’s thought to be caused by repeated blows to the head and repeated episodes of concussion.

This research has come at a critical juncture when it comes to rugby’s handling of head injuries.